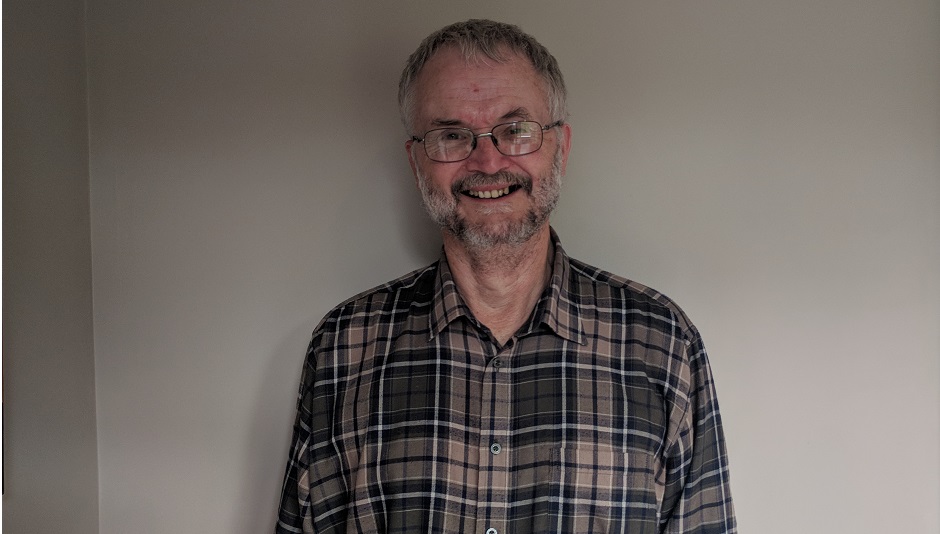 GL: What sparked your interest in becoming involved with the Digital Gladstone project?

CW: I’d been aware of Gladstone’s Library for a few years. My wife and I attended the Theology of the Musicals course at the Library last year and we thought it was such a wonderful place. I had been thinking for some time about what I was going to do when I retired and I mentioned this to Peter, the Warden, who in turn told me about the digitisation project. Incidentally, things changed at work and I had the opportunity to retire earlier than expected and so I got in touch with the Library.

What fields had you worked in prior to beginning your volunteering at the Library?

Originally, I was a qualified librarian and I worked at Keele University in the History section.

Is that what sparked your interest in the collection here?

Yes, it was like returning to my roots in a way, so when the opportunity to volunteer here presented itself, it very much linked with my early career in librarianship.

You mentioned getting in touch with Gladstone’s Library about the opportunity to volunteer. Did you find the process of applying quite straight forward?

I was on the Library’s mailing list, so I got the notification when they were looking for volunteers and it listed Liz’s [Fife-Faulkner – Digitisation Project Manager] contact details, so I got in touch with her directly.

There is quite a lot of computer-based work involved with the project. How confident are you with your computer skills?

I already had a lot of experience with Microsoft Excel and online. I don’t consider myself particularly computer literate, but what I need to do, I can do adequately!

Are you able to read fine print?

Yes, peering at difficult documents occasionally requires me to take my glasses off. We have lights which aid us with this too, but it’s not something I have difficulty with.

What did Liz tell you about the project when you started?

She explained that we have a vast collection of Gladstone’s letters and that these covered various periods throughout his life. I’ve looked at letters to his sister, to his wife, to his other sister (who died young) and political papers of various kinds. Currently, I’m working on letters that Gladstone received from members of the public.

Amongst that selection of letters that you’ve just described, have you got any favourites to work on?

I think they’re all interesting in their own ways. Gladstone’s letters to his wife are quite touching, after all those years they were still on very close terms. Some of the political insights are also extremely interesting. The letters from the members of the public are anonymous in some cases. A good example of this is in the 1870’s when Gladstone wrote a pamphlet about the Vatican council. One letter he received stated along the lines of ‘how dare you write like this, you’re a Protestant heretic.’ Then the next letter he received would state something similar to ‘how dare you write like this, you’re too kind to the Catholics.’ So, you get both points of view.

Would you say in that respect that you get insights into different aspects of William Gladstone?

Yes, you get to see him as a family man, a politician, a churchman and a scholar. He wore many different hats!

In terms of the project, did you have any prior experience of handling archival documents?

No, not really! This was something quite new to me.

How are you monitored within this project? Do you check in with Liz at specific points?

We do have regular catch ups. She is very supportive and great at checking over work and giving feedback. We then discuss which file needs to be worked on next.

Sometimes you spend periods working independently. How do you find that?

Not a problem at all. Tasks in my earlier working life included working like that, so it’s quite natural to me.

You clearly have an interest in Gladstone. Where did that stem from?

My degree was in history. It covered a very broad curriculum and I particularly enjoyed the 19th Century part of the course. That’s what first sparked my interest in Gladstone. I was also keen on politics and had discovered the Liberal party during my student career, so that also gave me a link to Gladstone.

If I was considering volunteering, would you recommend it and how many hours would you have to commit as a regular volunteer?

I absolutely would! The minimum commitment is half a day a week. I travel from a relative distance, so I like to do at least a day here a week.

I remember you mentioning that you like Gilbert and Sullivan. Aside from the Library, is this your other main interest?

Yes, that’s my other principal interest! The Theology of the Musicals course which was held at the Library was run by someone that I had met through the Gilbert and Sullivan network [Ian Bradley], and so that’s how I came to hear about the Digital Gladstone project.