The Grand Old Man and his legacy

The Grand Old Man and his legacy 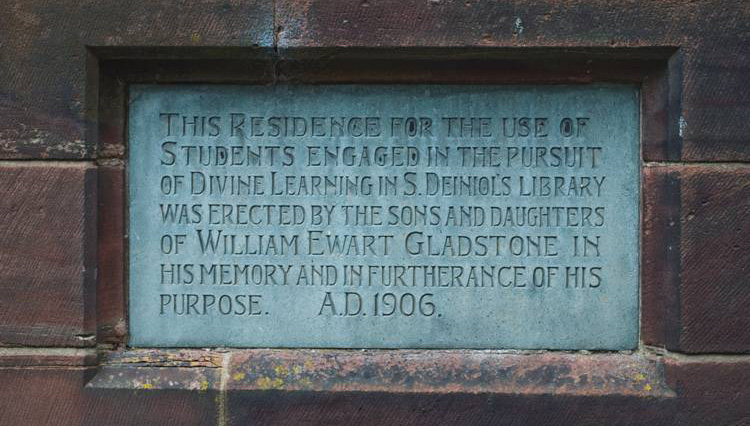 One of the most popular questions we're asked on our Glimpses is ‘did Gladstone live here?’ The answer is no, he didn’t. Sadly, although Gladstone worked so hard to leave his scholarly legacy behind, building his collection from the ground up and helping to design the very shelves within, Gladstone himself never walked through the Hogwarts-like library admiring the wood carving and the silence. That isn’t to say you can't sense his legacy though…

You can enter the History Room of Gladstone’s Library and pick up any number of books on the subject of the Grand Old Man himself. I forget the number of times that I’ve randomly picked up a book in the Annex and it has fallen open to a page about the 19th century’s longest serving prime minister. Our Annex reference corridor is no exception. In Roger Ellis’ Who’s Who in Victorian Britain, turn to page 326, and again, you have an impressive dedication to the man that Ellis describes as ‘second only to the Queen’ in representing the 19th century. Although Gladstone and Queen Victoria notably did not get on, Gladstone being Liberal, and Victoria arguably being anything but, Gladstone undeniably influenced how the country was shaped, working in the House of Commons for over 62 years!

Those who have been on one of our Glimpses will know how passionate Gladstone was about books. The GOM had a personal collection of over 32,000 books, and we know exactly how many of them he read too. It’s probably more than you think, with the politician getting 22,000 under his belt in his lifetime – that’s on average 300 books a year, or a book a day! Thanks to his meticulous recording of each day of his life in journals, we know what books he read and when. Users of the library may also have noticed that some of Gladstone’s books in the History Room have been annotated. Although Gladstone was keen on establishing a library with the wealth of books he had accumulated, he wasn’t shy on writing in the margins, or even crossing sentences out altogether…in pen! Signal all librarians recoiling in horror.

I think what’s really remarkable about our founder is that, even if we ignored his political background, (and perhaps forgot that Gladstone’s Library is the only prime-ministerial library in the United Kingdom, and one of the few residential libraries in the world), this library, Gladstone’s legacy, is still so remarkable. Gladstone wanted a place where members of the clergy, scholars and anyone interested could come and use his collection to better their own personal and professional lives. His intentions were for a library where people could live and sleep with books, just like he did in his Temple of Peace at Hawarden Castle. Books meant peace, learning, understanding, and even adventure, and Gladstone wanted to inspire that belief in others - so much so in fact that in his 80s, he pushed his entire 32,000-strong collection to this site in hundreds of wheelbarrow trips and set about designing, with John Douglas, the perfect temple to learning that he knew his books could inspire.

Thinking about the Library in 2015, it still does exactly that. A few things have changed since 1902 when it opened, but these changes have been made for the better - up-to-date electrics and Wi-Fi for a start! I sometimes wonder what Gladstone would think of the changes and developments that have taken place to what he started. I don’t get very far before I decide that maybe it’s too much to list in one go - a lot has moved on since the 19th century, but Gladstone’s philosophy is still there.

A plaque on the side of the building reads: This residence for the use of students engaged in the pursuit of Divine learning at St. Deiniol’s Library was erected by the sons and daughters of William Ewart Gladstone in his memory and in furtherance of his purpose A.D.1906