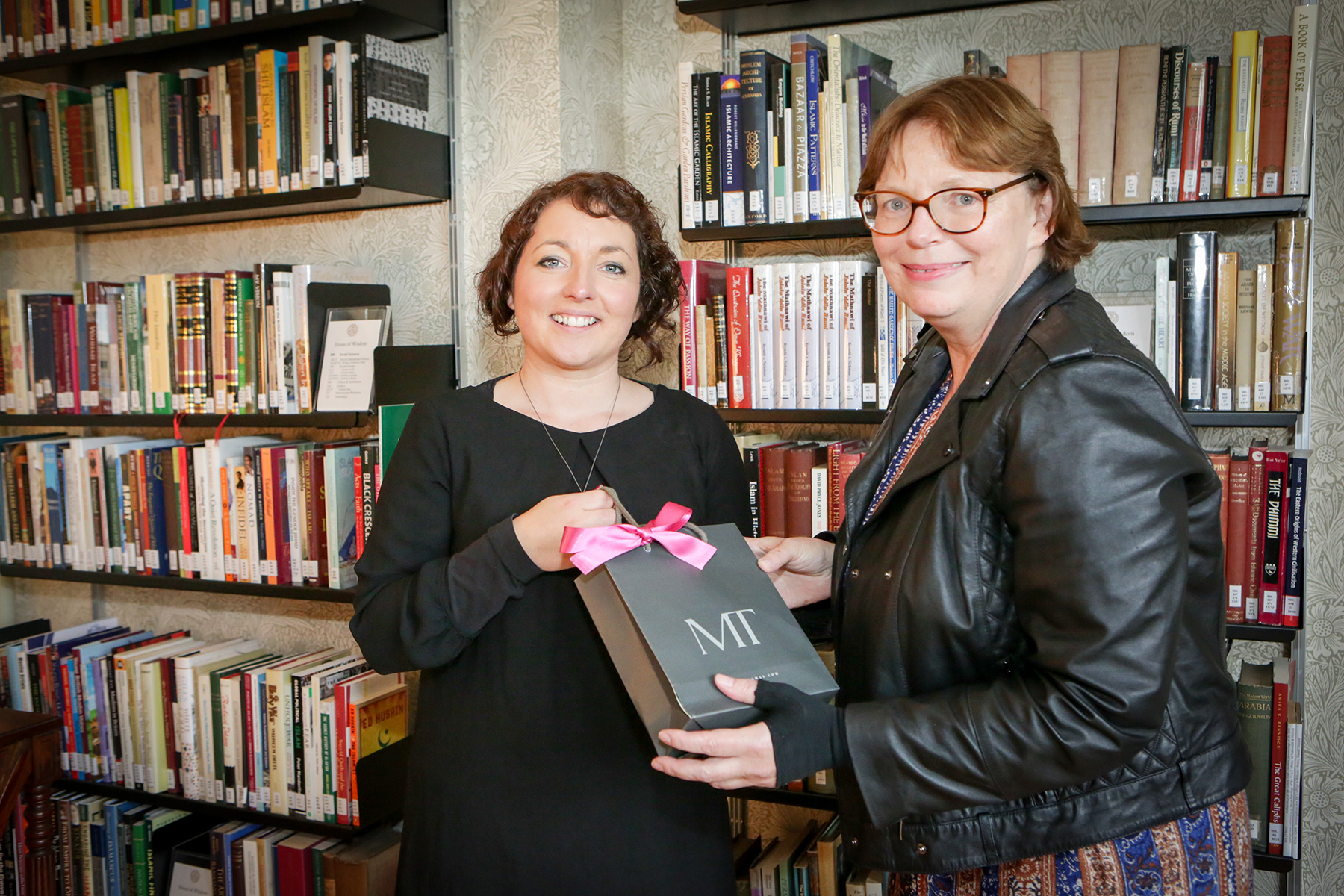 A creative partnership has been recognised at a national awards ceremony.

During the annual Arts & Business Cymru Awards, support given to a scheme run by Gladstone’s Library was acknowledged as a ‘model of excellence in philanthropic giving’.

Gladstone’s Library’s Writers in Residence scheme, curated by writer, Damian Barr, was launched in 2011; the programme enables writers to reside at the Library for one month, working on their ideas, leading creative workshops and giving public lectures.

To qualify for consideration, applicants submit a book, published in the last three years, along with a short piece of writing on liberal values.

Applications are then put through a judging panel and those successful win a month’s residency at Gladstone’s Library.

During their stay, the successful authors run a creative writing masterclass, give an evening talk, submit two blogs to the Library website, and use the tranquillity and resources of the Library to work on their current project.

An annual reception is held at the National Liberal Club in London to announce the following year’s Writers in Residence; in 2013 Joanna Munro, a friend of one of the chosen writers, attended and was struck by how difficult it is for most writers to fit time to think and write around the business of everyday life and, more often than not, the demands of a day job.

“Her support covers the scheme’s annual running costs, which include accommodation, meals, travel expenses and a small honorarium for each writer.

“As a registered charity, developing and sustaining the scheme was financially challenging, but Joanna’s investment has put it on a firm footing, enabling us to plan ahead with confidence,” she added.

“It was a real pleasure to meet Joanna at Gladfest and have the opportunity to thank her personally for the significant contribution she has made to supporting literature,” said Gwenno.

“It’s great to be able to recognise this generosity and vision through our work.”