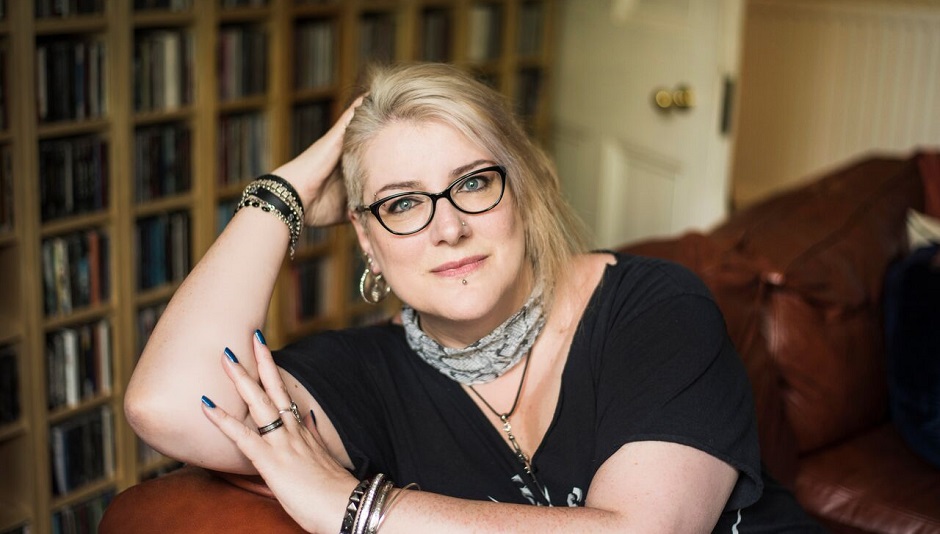 Emma Rees was Gladstone’s Library’s Political Writer in Residence in 2016 and returns to Hawarden on Friday, 11th May to lead a two-day residential course on reading Shakespeare without fear.

Emma is a Professor of Literature and Gender Studies at the University of Chester and has taught Shakespeare and Renaissance literature in universities for over 20 years. She firmly believes that Shakespeare is for everyone, despite his intimidating canonical reputation, and her course at Gladstone’s Library is set to prove exactly that.

We caught up with Emma before the course to find out more...

GL: What first made you fall in love with Shakespeare and his writing?

ER: When I was a little girl growing up in the West Midlands in the 1970s and ‘80s, my mother would regularly take me to Stratford-upon-Avon to the RSC (Royal Shakespeare Company). I grasped very early on a sense of the remarkable potency that only live theatre can produce: somehow, I could follow the story and feel the emotions without necessarily understanding every word that was being spoken. I vividly recall the excitement I felt watching one particular production where Romeo, I think it was, rode onto the stage on a Vespa. I realised then that live performance can push the limits of the expected and the everyday, and can take audiences to places they never anticipated.

Do you have a favourite line from his works?

It changes. I’ve probably got hundreds of favourite lines, depending on my mood. From the exquisite paradox of Hamlet’s ‘quintessence of dust’, via the horror of Lady Macbeth’s plea to be filled ‘from the crown to the toe top-full / Of direst cruelty’, to Prospero’s weary renunciation of his role as magician / stage manager, reflecting that ‘our little life / Is rounded with a sleep’, there are achingly beautiful lines in every play.

Staging can transform a production. You have now seen all of Shakespeare’s 37 plays! Out of these many viewings is there one production that stands out to you?

There’s an account here of my (now-completed) quest to see all of the plays live at least once and it’s clear to me now why some of them are so rarely performed – and should certainly remain that way!

But you never see the same play twice. Each time you come to it you bring with you – even unconsciously – new experiences and perspectives that alter your interpretation. A case in point is the RSC production of King Lear starring Greg Hicks. The production moved from the Company’s temporary Courtyard Theatre home into the redesigned Royal Shakespeare Theatre, both in Stratford. My husband and I saw the same play in both places. My father had died in the interim, though, and the same production of the same play, about fathers and daughters and love, cruelty, and pain, was suddenly, for me, not the same at all.

For your course at Gladstone’s Library you have chosen to focus on The Taming of the Shrew – why that play?

I’m a firm believer that the plays have to be seen and not merely read. When they’re read, the onstage presence of silent characters can be easily forgotten. And it’s those silences – when the actors must react and interact through facial and bodily expressions alone – that fascinate me. How the two lead characters of The Taming of the Shrew, Petruchio and Katherina, function not only in their speeches but also in their silences can sway a production markedly. Shrew can, seen in this way, and depending on the actors’ and director’s interpretations, be read as a horrifyingly misogynist tale of domestic abuse and the subjugation of women, or as an intellectual sparring match between two equally articulate individuals who both see the game, and manipulate the rules knowingly. I’m fascinated by the multiple different interpretations to which the same text can give rise. A further dimension is added when two of the most radiantly talented actors ever to grace the cinema screen – Elizabeth Taylor and Richard Burton – team up, as they did in Zeffirelli’s 1967 film of Shrew, to bring to it an extraordinary energy. Despite its period setting, that film makes the play very much about those two incredibly strong and yet paradoxically vulnerable individuals – Burton and Taylor become Petruchio and Katherina, and it’s a fascinating process to behold.

Shakespeare can be a source of frustration to many. Why do you think this is?

As part of the weekend course we’re going to be considering the questions ‘Who’s Shakespeare?’ and ‘Whose Shakespeare?’. Many people (and I’m talking predominantly about societies in the Global North, here) don’t feel any kind of ‘ownership’ of Shakespeare. But the truth is that he’s as much mine as he’s Zeffirelli’s, but because the ‘brand’ of Shakespeare has become so freighted with class-bound cultural connotations of Britishness and elitism, the truths and beauties and relevance of his plays can get almost entirely obscured. It’s really instructive to consider how other great writers (like Jorge Luis Borges, for example) have viewed and responded to Shakespeare. It’s equally important to consider why ‘Shakespeare’ as a concept has exceeded the bounds of the plays and poems to the point where people can feel overwhelmed by the very idea of his work.

You were Gladstone’s Library’s Political Writer in Residence for 2016. What have you been up to since you left us and are you excited to return?

It’s become a cliché to talk about the unique environment of Gladstone’s Library, but it’s true. My productivity as a writer and researcher increases exponentially there – the collegiality, intellectual stimulation, and ability to focus are rare enough traits in today’s world, so to find them all under one roof is remarkable. I could never tire of the place. I’m currently working on my third book, tentatively called That is a Feminist Issue, and I know that the bulk of the meaningful work I do on it will be done at Gladstone’s.

How much prior knowledge of Shakespeare’s works would you say is required for your course?

The idea for the course, funnily enough, came out of a conversation over breakfast at Gladstone’s Library a year or so ago. I was talking to the husband of a friend and was surprised to learn from him that she felt intimidated by the very idea of Shakespeare. Now, this friend is extremely well-read and articulate and has a PhD, but she didn’t ‘get’ Shakespeare. I wanted to change this for her and for others like her, and so the seed of the weekend course was planted. If you love the plays already, or if you’ve never read or seen even one, there will be something over the course of the weekend that will make you see Shakespeare in a new light. There will be lots of laughs, plenty of poignancy, and copious healthy debates. And – of course – what Shakespeare weekend could possibly be complete without cakes and ale? Happily, there are always plenty of both at Gladstone’s Library!