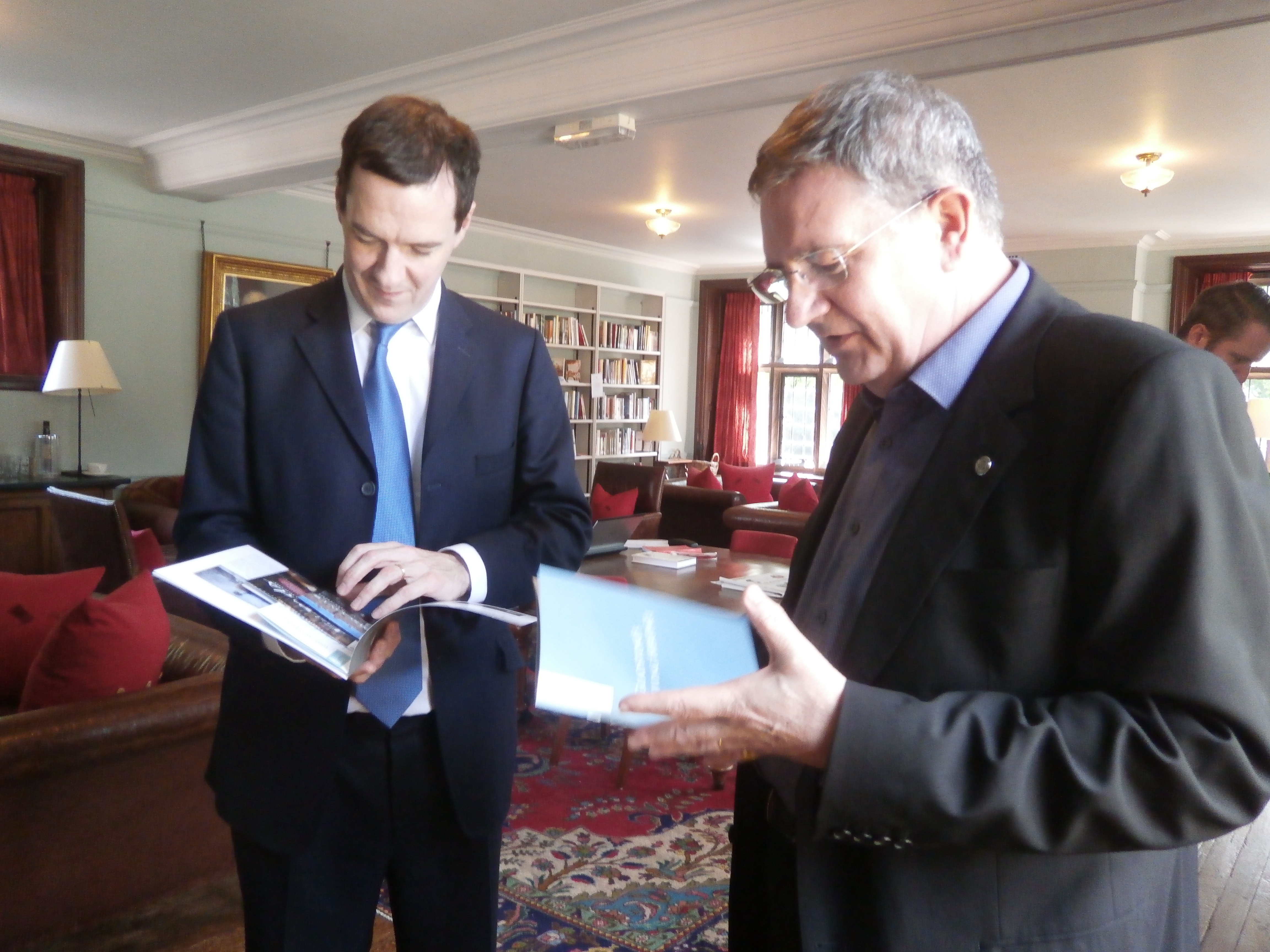 The Chancellor of the Exchequer, George Osborne, today paid a visit to the Library of one of his heroes, William Gladstone, and was given a tour of the Reading Rooms by its Director, Peter Francis.

Mr Osborne had been attending a media event at the nearby Airbus factory in Hawarden and called into the Library to survey the legacy of one of his predecessors of the office of Chancellor.

Spending just over half an hour at the Library, the Chancellor was shown a selection of Gladstone’s personal effects as well as a number of 19th century books on political discourse including a Life of William Wilberforce with a moving note by Gladstone on the visit he paid the day before Wilberforce died, and a biography of Disraeli, a page inside which Gladstone has scribbled in the margin ‘untrue, untrue, untrue.’

Mr Osborne discussed the budget box which was introduced by Gladstone around 1860 and which has been used by almost every Chancellor since. The current Chancellor used this box to deliver his first budget in 2010 before it was decided that the box was too fragile to continue to use, much to Osborne’s annoyance!

William Gladstone was one of the founders of the Liberal Party however he holds a much wider appeal. This is evidenced by David Cameron and George Osborne, Tony Blair and Gordon Brown and even SNP politicians who frequently reference the Victorian statesman and his influence and impact. Indeed, a portrait of Gladstone hangs inside the office of Number 11 Downing Street and Osborne was recently gifted a bust of the Grand Old Man. Osborne pondered what Gladstone would make of the current political scene and it was agreed that although Gladstone was the key figure of 19th century politics, he remains very contemporary, someone from whom today’s politicians can still learn.

Before he left, Mr Osborne chatted to guests who were studying in the Gladstone Room about their current projects.