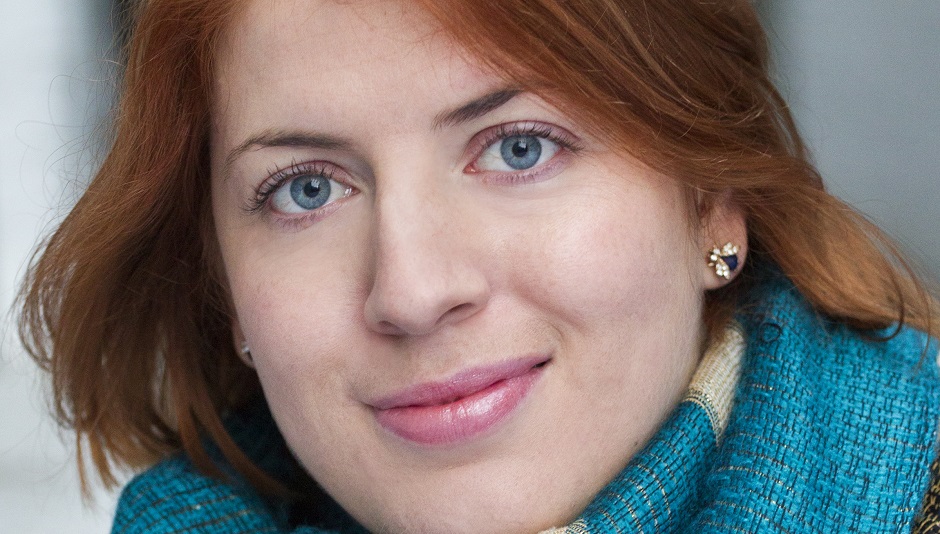 Miranda Kaufmann is the author of Black Tudors: The Untold Story, and one of the wonderful guests joining us for Gladfest 2018. With just a month to go until the festival, we caught up with Miranda to find out what to expect from her new work, as well as glimpses into her writing life.

Black Tudors: The Untold Story tells of the forgotten lives of many Africans who inhabited England during the 16th Century. Filled with fascinating revelations, this book is an eye-opening new chapter in historical research of the Tudor period.

Gladstone’s Library (GL): How did you feel when you realised there was whole unexplored aspect to Tudor history that hadn’t been told before?

Miranda Kaufmann (MK): When I first found a Privy Council letter that implied there were hundreds of Africans in Elizabethan England I was really surprised, as I thought I ‘knew’ the Tudors. Then I was even more baffled by the lack of secondary literature on the subject. I felt a sense of mission: I must find out more and tell this story myself.

GL: Out of all the people we meet in your book, who was the most intriguing to you?

MK: It’s hard to say, but probably Diego, who sailed with Francis Drake. He was clearly a canny operator, managing to inveigle himself onto Drake’s ship in Panama despite having shot fired at him, and then able to make himself indispensable to the English by brokering a military alliance with the Cimarrons (formerly enslaved Africans who had escaped to the hinterland) against the Spanish, and deploying his building and language skills on their behalf. The manner of his death was also intriguing: how did he survive the arrow wounds he sustained on Mocha Isle off the coast of Chile during the circumnavigation voyage, dying a whole year later in the Moluccas?

GL: What was your favourite and least favourite part of the writing and publishing process for this book?

MK: The most exciting part is when you find out something in the course of your research that is genuinely unknown to other scholars. My most thrilling discovery was reading Edward Swarthye alias Negro’s testimony to the Court of Star Chamber that he had whipped a white man in Gloucestershire in 1596. Going through proofing and copy edits two weeks after giving birth was less fun. I’m now loving the opportunities the book has given me to talk about Black Tudors all over the country and incorporate the new evidence I’ve found into the public record: for example through a new exhibition at Drake’s former home, Buckland Abbey, near Plymouth, or by writing entries for some of the Black Tudors in the Oxford Dictionary of National Biography.

GL: As a retreat for writers and researchers, we’d love to know which places inspire you to write.

MK: I think I’m more inspired to write when I have a strong opinion about something or have uncovered and want to share a fascinating story. The place I write is less important - though I prefer to write at home surrounded by piles of books and with decent WiFi, so I can look things up quickly as I go along.

The other thing to say about inspiring places is that I strongly believe in the benefits of visiting the places where the events you are writing about took place. I will always remember walking along the beach which Drake’s troops marched along when attacking Cartagena in 1586.

GL: What does your writing space usually look like? Messy? Full of cups of coffee?

MK: It’s a complete tip: books, papers, notes, pens, remnants of the odd snack or drink; the messier it is, the more work I’ve got done! I can only really tidy up once the work has been submitted. The day after I finished my D.Phil, thesis, the scene was such carnage that I took photos of it! The mess had even spread to the kitchen, as I didn’t have time to cook so I boiled some eggs, but left them boiling while I returned to editing footnotes. Some time later I heard a huge bang and ran to the kitchen. All the water had boiled away and the eggs had exploded, some landing on the ceiling. I was so hungry I ate the remains anyway and then returned to my desk.

GL: Given that we’re a place for learning, have you read a book recently that’s taught you something new?

MK: Reni Eddo-Lodge’s book Why I’m No Longer Talking to White People About Race taught me that white guilt is a waste of energy that distracts from the more important work of tackling racism. As she puts it: ‘No useful movements for change have ever sprung out of fervent guilt’. Rather, white people need to educate themselves about the problem, do the research and not expect black people to do it for them. Don’t ask ‘What can I do?’- think about what you can do given your own circumstances. As Reni says: ‘start thinking critically about the space you occupy in society, what you can do to help with the skills you have and the networks you have influence in’. And then say: ‘This is what I’m doing- let’s collaborate…’

GL: Here at Gladstone’s we try to do everything we can to support readers - what's your favourite reading memory?

MK: I have so many! One summer when I was about 10 or 11 I spent hours reading the Secret Seven books in my tree house. I slept overnight there sometimes and would wake early when the sun began pouring through the window: I would just snuggle up in my sleeping bag and read. I also remember my sister hating me reading because she wanted me to play with her instead. I was reading Redwall by Brian Jacques one holiday and, just to spite me, she took the book from me and began reading it herself. Brilliantly, she then got hooked, and I just took up the prequel, Mossflower, and we both sat about reading happily together for the rest of the holiday! These days, I enjoy reading with my husband (when I get the chance!). He’s French so when we first got together we read The Little Prince, Asterix and Tintin together in French to improve my language skills. At the moment, we’ve just started Simon Schama’s Citizens, as we realised neither of us really knew very much about the French Revolution.

GL: Do you have any fond memories of libraries? Don’t worry, we won’t be offended if we’re not your favourite!

MK: I’ve always loved libraries - to the extent that my grandmother used to claim that she stopped me crying as a baby by showing me her bookshelves! I can vividly recall many happy hours spent in my primary and secondary school and college libraries. The Duke Humphrey Library, part of the Bodleian in Oxford is probably the most beautiful library I’ve ever worked in, and the Radcliffe Camera was pretty awesome too. But sometimes it’s not the architecture, but what you can find in a library. The handwritten manuscripts and letters you can access at the British Library, some over 400 years old, are quite wonderful. I’ve enjoyed reading letters home from merchants travelling to Bermuda, Africa and the East Indies. I do remember the first time I discovered Gladstone’s Library shortly after moving to the area: it was fantastic to find a place that reminded me so much of an Oxbridge college library a mere 10 minutes’ drive from my new home!

GL: What’s the best piece of advice you’ve been given about writing?

MK: Don’t wait for inspiration to strike: just start writing. It’s always a lot easier to edit a draft than to stare at a blank page.

GL: Lastly, what route will you take next with your research? Do we have any new projects to look forward to in the future?

MK: I’m now the lead historian on a project based at the University of Leicester called Colonial Countryside. We’re working with 10-year-old schoolchildren and creative writers to explore National Trust properties which, like Gladstone’s Library,[*] have links to Caribbean Slavery and/or the East India Company. I’m personally working with Buckland Abbey (as I mentioned earlier), Penrhyn Castle, near Bangor and Speke Hall, near Liverpool. It’s fascinating to uncover these connections, which new research has shown were manifold, and think about how to communicate them to the visiting public. My next book project will be on a related subject, but the details are a secret at the moment!

[*] As Nicholas Draper, Director of the Centre for the Study of the Legacies of British Slave-ownership at University College London, explained when Gladstone’s Library interviewed him last year, the Gladstone’s ‘”West Indian property’ on the eve of emancipation in 1833 was shown as £336,000 out of a fortune of £636,200, i.e. more than half: But it is certain that some portion of the other £300,000 had been derived from returns in earlier years on the investments in ‘slave-property.’”

Dr. Miranda Kaufmann is a Senior Research Fellow at the Institute of Commonwealth Studies, School of Advanced Study, University of London. You can find out more about her work at www.blacktudors.com and www.mirandakaufmann.com and follow her on Twitter @MirandaKaufmann #BlackTudors. For more on the Colonial Countryside project see: www.colonialcountryside.wordpress.com and @ColonialCountr1  #ColonialCountryside.

Miranda Kaufmann’s Gladfest talk takes place on Sunday, 9th September at 2.30pm. Tickets are priced at £7 and her book, Black Tudors: The Untold Story will be available to purchase at our bookshop! Click here to book.