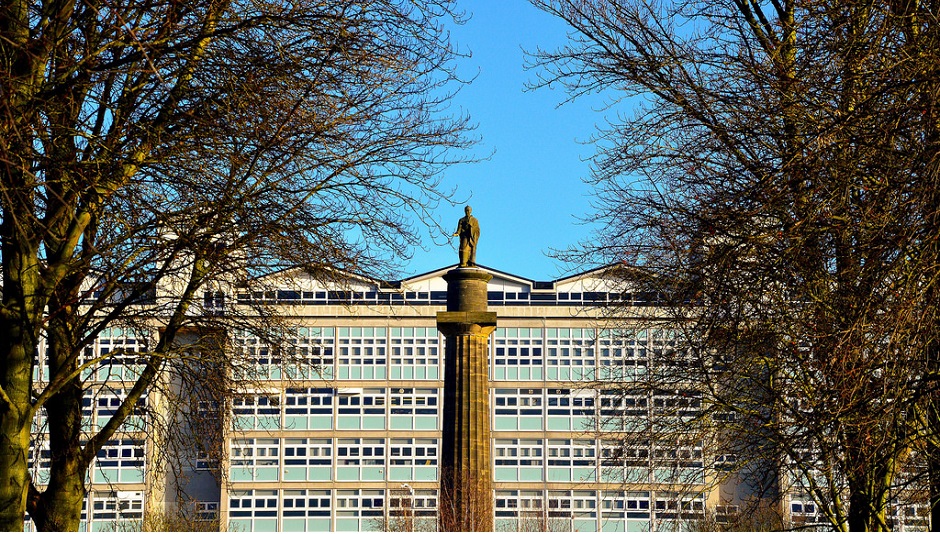 At the end of April, Nicholas leads a course at Gladstone’s Library entitled ‘Remembering Slavery’. The course examines the price paid for abolition and includes sessions such as Britain and Colonial Slave-ownership, Material and Commercial Legacies of British Slave-ownership and The Gladstones and Slavery.

Before the course, we spoke to Nicholas to find out more.

You are the director of the Centre for the Study of the Legacies of British Slave-ownership at UCL. When was this established and can you tell us about the work that it does?

The Centre was established in September 2016 with the support of UCL and the Hutchins Center at Harvard in order to provide an institutional platform for the continuing work of the Legacies of British Slave-ownership project, which has been running for 10 years. Our work is focused on researching slave-owners in the British colonies between 1763 and 1834, and documenting the connections between these slave-owners and Britain’s development in this period. We have grouped these connections under six ‘legacy’ strands: Physical, commercial, cultural, political, imperial and historical.

How did Britain become involved in the slave economy?

Britain came late to participation in the slave-economy. There were a handful of slaving voyages in the Elizabethan era, but Britain’s engagement really began after the settlement of Jamestown on mainland America in 1607, which was followed in the 1620s by the colonisation of St Kitts, Nevis, Antigua and Barbados, and in 1655 by the seizure of Jamaica. British settlers learned the sugar and slavery businesses from the Portuguese and Dutch, who had already established slave-sugar complexes in the New World. Initially indentured labourers from Britain worked alongside Africans in the fields but by the 1660s there was a shift to using exclusively captive Africans. There were further spasms of expansion of Britain’s slave-empire as a result of victories over France and its allies, with the addition of St Vincent, Grenada, Dominica and Tobago in 1763, and of Trinidad, St Lucia, British Guiana, Mauritius and the Cape of Good Hope 1800 - 1815.

In 1834, the British government abolished slavery throughout the British Empire. Can you briefly tell us about key events leading up to this? Were there any exceptions?

By the early 1830s, it was clear that efforts to reform slavery initiated by the British Parliament in 1823 had been unsuccessful. At the same time, resistance by the enslaved people was growing, with significant revolts in British Guiana in 1823 and in Jamaica in December 1831 (the ‘Baptist War’ or Sam Sharp’s Revolt). In the elections to the first Reformed Parliament, over 100 MPs pledged themselves to abolition. The Whig government in 1833 formulated a plan to achieve abolition by paying the slave-owners and enforcing a period of ‘Apprenticeship’ for the formerly enslaved people.

In April you’re leading a course at the Library entitled ‘Remembering Slavery’. As part of the course, you’ll be referring to the Legacies of British Slave-ownership database. Can you explain what this is?

All our data is publicly available on our website, www.ucl.ac.uk/lbs. This includes (1) all the individuals paid compensation in the 1830s (2) a growing number of additional slave-owners from the period of 1763-1833. The database is searchable. Many people start by looking for their family names; then they move to their local area; and then to places in the Caribbean, which very often still carry the same names as former estates from the time of colonial slavery.

Are there any firms or families listed within it which we may be surprised to see?

I am not sure about surprised, but we have been struck not only by examples of well-known families and firms but also by the presence of ‘ordinary’ people among the slave-owners. Some 40 percent of the people receiving compensation were women: That seems to us to be noteworthy.

Some of the discussions taking place within this course will inevitably be difficult. How important is it to have these discussions and not shy away from the past?

As you say, this is difficult terrain for many. We are trying to provide a foundation of non-controversial evidence on which those discussions can be based.

The wealth of the Gladstone family is inextricably linked with their involvement in the slave trade. How deep was this involvement and how far was their fortune based upon it?

From the work of S.G. Checkland, we can see how slave-property acted as the motor of the Gladstone family fortune in the key decades of the 1820s and 1830s. ‘West Indian property’ on the eve of emancipation in 1833 was shown as £336,000 out of a fortune of £636,200, i.e. more than half: But it is certain that some portion of the other £300,000 had been derived from returns in earlier years on the investments in ‘slave-property.’

The final programme session looks at some of the ways in which slavery and abolition have been remembered and memorialised over the last 200 years. Can you give us one or two examples?

Abolition has rightly been memorialised, from the tombs of abolitionists in Westminster Abbey to William Wilberforce’s column in Hull. But the enslaved people themselves have not been commemorated in any national monument in Britain.

How far is the slave trade a part of our individual history?

I believe that slavery, not just the slave-trade, is one part of the history of all of those who live in Britain and enjoy the privileges of a modern and prosperous society. Our country is built on many things, and one of them is the institution of colonial slavery.

What are you hoping people will bring to the course and what will they take away?

Many attendees will know far more than I do about William Gladstone and his family, about their religious dimensions, and about Liverpool and its hinterland in the North West. I hope all of us will take away a greater understanding of the complexity of our collective history, its contradictions and its difficulty.

Because it stands for both the remembering of the greatness of Britain’s liberal traditions and the forgetting of what lies behind that greatness.