‘A pretty little woman, a flirt and a rattle’: Impressions of Mary Anne Disraeli 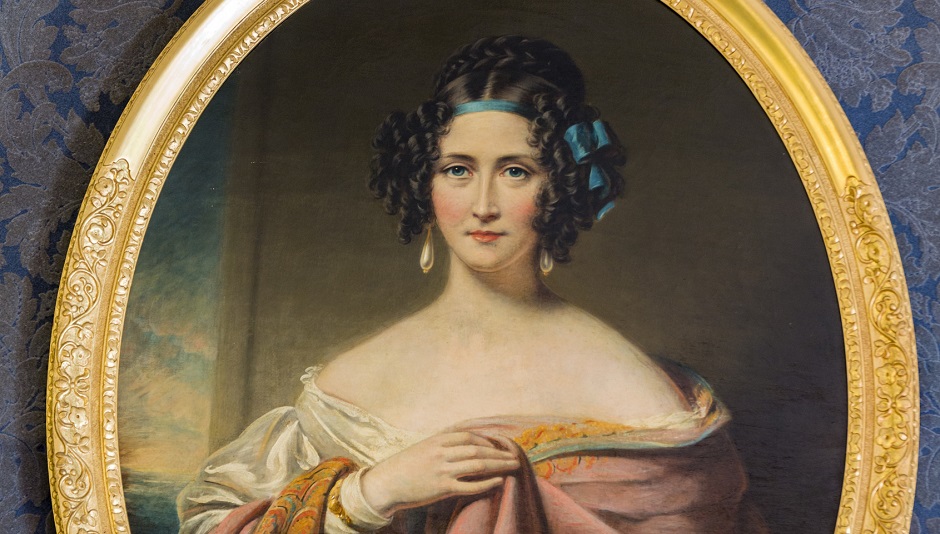 Image: Amateur with a Camera

The full quote is damning in its praise of the older lady, with Disraeli stating:

‘A pretty little woman, a flirt and a rattle; indeed gifted with a volubility I sho[ul]d think unequalled, and of which I can convey no idea. She told me that she liked silent, melancholy, men. I answered that I had no doubt of it.’ [1]

Despite this less-than-positive first impression, by 1839 the two would be married – a 35-year-old Benjamin Disraeli, largely known as an up and coming rake in the world of politics, and Mary Anne Wyndham Lewis nee Evans, a widow who was 12 years older and in receipt of a very useful inheritance. The initial motivation for the marriage was financial, at least for Disraeli, but throughout their relationship they seem to have fallen in love, with Mary Anne publically joking that while 'Dizzy married me for my money,…if he had the chance again he would marry me for love.' [2] The many love notes recorded in Mary Anne’s approximately 50,000 piece archive suggest that the two-time Prime Minister came to cherish his wife and her ‘volubility’. [3]

During their relationship, Mary Anne was constantly scandalising Victorian society with uncouth comments about marriage to her ‘Dizzy’, including a notable occasion when Queen Victoria found herself amused by Mary’s response to a remark about some lady's pale complexion, stating that ‘I wish you could see my Dizzy in his bath!’ [4] However, despite what some may have characterised as air-headed remarks through lack of intellect, Mary Anne was a lively and intelligent woman. She helped Disraeli edit many of his books and was an excellent political wife, helping Disraeli to form alliances through parties and dinners that she hosted, and sticking with him through his close and intimate relationships with other women and men. [5]

Mary Anne died in 1872 of stomach cancer at the age of 80. Her husband was only 68 and would go on to be Prime Minister for a second time from 1874 to 1880 before dying at the age of 76 in 1881. After Mary’s death, Disraeli wrote that ‘there was no care which she could not mitigate, and no difficulty which she could not face. She was the most cheerful and courageous woman I ever knew’, suggesting that he had grown to love her during their marriage, regardless of the initial circumstances of their relationship. [8] In fact, Mary was well-liked by many, with even Disraeli’s great adversary, Mr Gladstone, writing him a letter of condolence, a gesture which is reported to have touched Disraeli due to their ongoing, fractious political rivalry. [6]

Overall, one thing that characterises Mary Anne is her unending devotion to Benjamin. No matter his actions and tastes (that often led him astray), she was determined to look after him and help him achieve his great potential. Indeed, before they were even married, she knew that he would go on to important things, stating, the day after he was elected to the Maidstone seat in 1837, that:

‘Mark what I say - mark what I prophecy: Mr Disraeli will in a very few years be one of the greatest men of his day.’ [7]

Gladstone’s Library holds many books on Gladstone and Disraeli’s relationship, as well as on Benjamin Disraeli, and his relationship with his wife. Search the catalogue here.