In Gladstone’s Library – the library library part – there are lots of books. I don’t know how many; I haven’t counted them. I’m sure there is a number - a temporary, final number – somewhere on an index card or an excel sheet. But it will soon be obsolete – books arrive every day. I’ve been temped to count the books, although after a few hundred, I’d probably have to go back to the beginning. I’ve also been tempted – a more limited enterprise – to count how many I’ve read. There would be a few completed, many dipped into, some I simply recognize from past visits.

I’m a stroller of library racks, absently – it’s a good excuse to stop writing. What could be more useful than wandering a library? Beyond the library library part, there are now a few racks of 20th Century novels. I’ve counted the books in these and the ones I’ve read, also the ones I want to read, and those I want to read but somehow don’t think I ever will – Norman Mailer’s The Naked and The Dead feels like one of those, I think.

It was in the Anwyl Room that I discovered Stanley Middleton. To say ‘discovered’ isn’t quite right – a man who’s written over 40 novels has already been discovered. But I’d never heard of him. Let’s put this ignorance in context: Stanley Middleton’s last novel was published only five years ago. He won the Booker Prize for Holiday in 1974; he shared it with Nadime Gordimer for The Conversationalist. This isn’t a man who stopped being published when I became an active reader; there were twenty odd novels after that point. On the back covers there are reviews from reviewers from newspapers I read. At first, I thought this was all about me – my faulty radar. But I asked my fellow writers in residence here at Gladstone’s Library – we’re actually resident in the whole building, not just the library library part – and none of them had heard of him (well one had, vaguely). At Hearth, the cozy fire-side literary festival last weekend, I asked fifty-odd attendees; perhaps one or two half raised their hands. We all decided this sudden plunge into obscurity was salutary, oddly calming, yet at the same time miserably dispiriting – my guess is that Mr Stanley Middleton didn’t go to his grave in 2009 thinking that his immortality was going to be so temporary. Maybe this blog will go a little way to keeping him alive a little longer. That said, I’m not sure I’ve quite got the will to read one of his novels. But you never know.

But back to the library library. Yesterday I was strolling around the racks, and browsing in a corner (absently – I should have been working), when I found a translation of the Gospels and Revelations (only these) by Richmond Lattimore, most famous for his translations of Homer. For a while they were the pre-eminent translation; then Robert Fagles’s magisterial work appeared (his Iliad is one of my favourite ever books). Why is this an important find for me? Two reasons: 1) twenty five years ago I was in the Strand bookstore in New York City when I thought to myself: What I want is a translation of the Bible that has been approached as one approaches Homer or Ovid – essentially a poetic, text-based version, with attention paid to style and poetry, rather than scriptural typologies and/ or Christian doctrine; 2) it would speak directly to me, rather than make me feel that I’m reading either a historical artifact or a risible attempt to make the Bible accessible. Five years ago I bought Robert Alter’s translations of the Five Books of Moses. It claimed to privilege the aspects I was after whilst remaining close to the original Hebrew, but the translation felt bone-dry, and seemed full of wrong notes. Maybe ancient Hebrew was bone-dry, but I don’t think so. However, Lattimore’s Gospels are – wait for it! – a revelation. 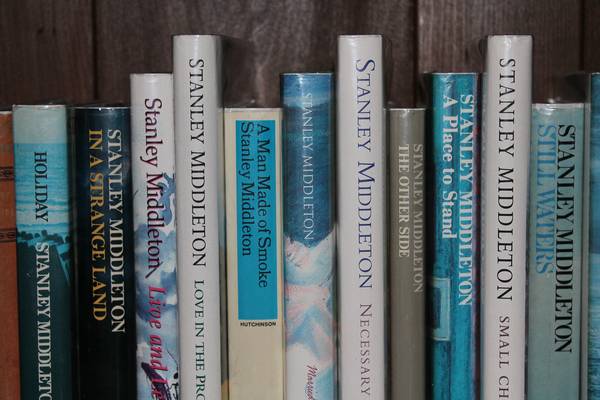