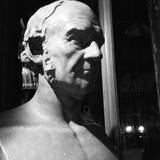 Playing hide and seek in a big old place like Gladstone's Library is a joy and a privilege. It's a remarkable way to move through the Library and one cannot help but begin to see it in a whole new light (I would however suggest that lights-off is more conducive to extended periods of hiding). Bookcases, alcoves, windowsills and flip-charts take on new identities in the ever expanding quest for concealment; blind-turns, curtains and kitchens are coveted as we crouch our way to an inner-peace. I've learned an awful lot in the last month here; it's awfully hard not too, pressed up against a bookcase, watching the world plod past you.

Without a doubt my favourite place to hide is the Library (the annex has been declared a no-fly zone on account of its spooky atmosphere - I'm sure that if I told fellow intern Siân that the Library was built on a Native American burial site she would believe me without hesitation).

The gallery in the Theology Room in particular is to be noted for its numerous nooks, crannies and hideaways for which we must thank William Ewart Gladstone himself. Without his ceaseless devotion and efforts in the improvement and fields of innovation in the construction of libraries we bibliophilic Sardines would have to make do without crenelated bookcases and cabinets on wheels.

For this, perhaps more than anything else, Gladstone deserves his place in history; were it not for his parliamentary duty, I believe that Gladstone would have continued to build upon, adapt and better his singular contributions to the art and architecture of Hide and Seek. Possibly no man ever gave more to his country, his hobbies and himself.

Yes, I am sure, there are those among you who will disagree. Many will hold firm to the old traditions, preferring the noble financier, woodsman and statesman of the numerous portraits and busts to this radical new image of the man. But I put it to you that only man learnéd in the ancient magicks of Abscondery would commission so many likenesses of himself - where better to hide than in plain sight?

Last week, in the spirit of our theme, it was brought to our attention at the Library that there existed a thing which 'everybody' knew. Clearly we are not ‘everybody’ as it struck us from behind with roughly the same force as a blindside. For the sake of any other possible ‘nobodies’ that might be out there, I'll go into a little more detail.

None of us is a stranger before Gladstone. Any visitor to the Library (first-timer or returning friend) will be familiar with the image of the former Prime Minister. Most would agree: proud, hawk-featured, fundamentally an average looking human being. If I asked you to count his limbs you would no doubt answer swiftly and correctly; if I asked you to total his hands we would both expect a similar result. If, however, I asked how many fingers he had to hold up, doubtless even you would falter.

Gladstone, as 'everybody' knows, had one less finger than the average (left hand, index). Despite this (I have checked) none of our pictures or statues mimic this. Such pains he has taken to hide his ailment I believe is proof positive of Gladstone's prowess at deception and disguise.

Sadly this playful side of Gladstone has been lost to history. That our greatest Prime Minister was also our greatest ‘Abderedor’ is, I think, doubtless; somewhere along the way we have forgotten the true child in favour of the statesman. Was it not said of him:
"If you were to put that man on a moor with nothing on but his shirt, he would become whatever he pleased." - T. H. Huxley, quoted in Lord Robert Cecil's Goldfields Diary, ed. Ernest Scott (1945)

Abderedore is a made up word. It’s a shame that it is; I like to think that it means ‘one who hides’, but it could just as easily be a particularly secretive sub-species of Labrador. 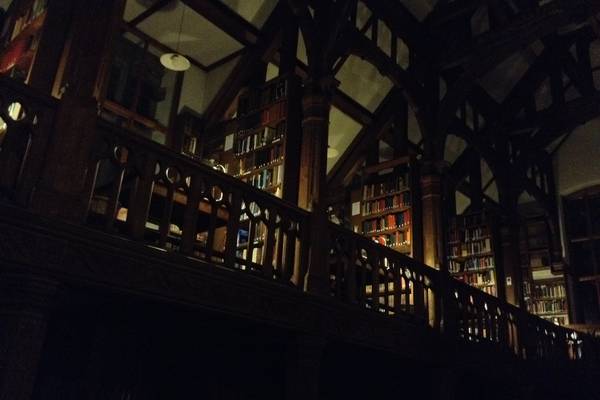