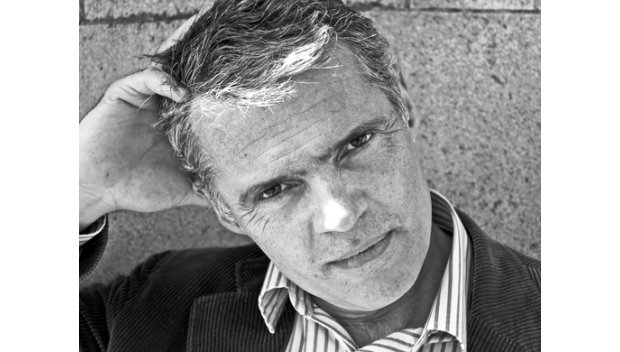 Well, I'm more than slightly remiss. My wonderful and productive residency at Gladstone’s Library was supposed to be accompanied by a weekly blog. But the mixture of studious quiet and convivial charm of the place led to a fantastic outpouring of writing, and I managed to complete my novel (more of which in another blog): a remarkable 200 pages in less than a month.

That's not excuse enough in itself. I've also been busy on the journalistic front, covering the setting up of the Daniel Morgan Murder Inquiry, the Woolwich attack, as well as big pieces for the New Review and the New Statesman, on the US impacts of the hacking scandal for Rupert Murdoch, and a profile of his disgraced former protégé Rebekah Brooks, due to stand trial in September.

Phew. This was supposed to be a retreat – a break from the continual tread mill of deadlines and demands.

However, the hacking scandal and its fallout - explored at length in my book the Fall of the House of Murdoch – has made me reflect on the principles of the founder of this library, William Gladstone, and the 'radical liberalism' of its warden, Peter Francis.

For those who've followed the outcome of the Leveson Inquiry, set up by David Cameron to look at the cosy relationships between Britain's politicians, press and media barons, the proposed new ‘Leveson’ legislation to set up a proper regulator for Britain’s famously feral press excesses, is a severe test of liberal principles.

Freedom of speech is a core liberal tenet, and you can almost chart the rise of liberalism through Milton, Locke, Wilkes, Paine and Mill’s struggle for freedom of expression, freedom of assembly, and freedom of religion.

These are best embodied in the First Amendment of the U.S. Constitution which states no law should ‘abridge’ those freedom.

So how could any avowed liberal support the current Royal Charter now going through parliament which seeks a 'dash of statute' to underpin a new press regulator?

There are several specific arguments: this is not a regulator but a self-regulator: the British press is not free with its heavily concentrated ownership, and in the era of massive multinational media conglomerates, you can’t equate the corporate ‘freedom of the press’ with the individual’s right to freedom of expression. But it’s on the major responses to Leveson where my liberalism becomes clear to myself.

On one side, you have what I’ll call the social communitarians. They tend to be on the left (though not at all exclusively) and see no problem with any kind of legislation which reins in the feral press. If the majority are being harmed - and the monstering of innocent individuals and groups is as harmful in today’s press as the well attested criminal privacy intrusions and bribery of officials – then the majority are right to impose laws to restrict this small minority.

On the other side are the libertarians, who see any kind of legislation at all as the beginnings of state control. Their arguments are often adduced by Rupert Murdoch and his leading daily, the Sun, talks of a ‘Ministry of Truth’ in the Leveson plans, as if the Orwellian nightmare will descend if papers are forced to print prominent apologies when they get things wrong. Libertarians see government intervention of kind as a thread to individual rights.

Between these two poles, I believes is the liberal position, which understands that individual freedoms clash. Yes, everyone has a right to an opinion. The press has a right to publish what it wants within the laws of contempt, defamation, etc. As J.S, Mill said, the heterodoxy of comment keeps us honest. To censor one point of view, might be to censor the truth.

But Mill and other classic liberals also accepted the corollary. It’s not just governments who can limit your freedoms, but other individuals in pursuit of their own. Classic liberals understand law and governance as a way of mitigating those competing claims, negotiating them, not suppressing them.

And that’s how I see the Leveson debate. This is about freedom of speech. So the papers should be free to express themselves. But so should individuals. One of the main recommendations of Lord Justice Leveson’s I most fully support is an enforceable right of reply for individuals misrepresented in the press.

Speech is dialogue, and free speech cuts both ways.