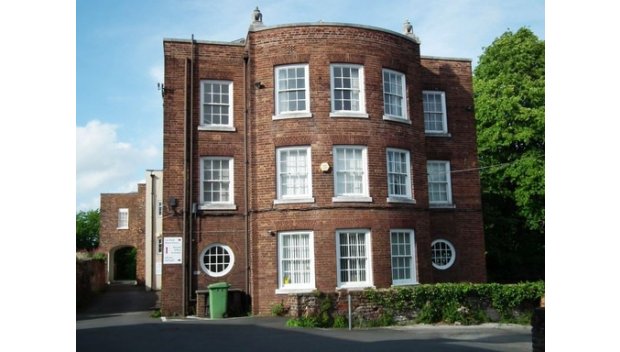 Liam Cookson, a work-based learning student from the University of Chester, has been working in the library for five weeks. While on placement, Liam was able to attend a workshop offered by the Flintshire Records Office, on the preservation and handling of archival material. This blog post describes his experiences.

On the 23rd May, seven of the Gladstone’s Library staff, volunteers and interns (including myself), attended a ‘Preservation Skills and Handling of Archival Documents’ day at the Flintshire Record Office, just a stone’s throw across the graveyard away.

The day was thorough and well planned, with everything being covered from the early stages of paper to the etymology of the word itself. We watched flinchingly as we were shown on dummy books how to handle books and documents without care – in fact, the whole group were probably on tenterhooks as sheets of paper were scrunched and book spines almost ripped apart – but, it was all for the best as it taught us how to handle books and documents with care.

One of the most important lessons we took away with us was probably a lexical one: the differences between ‘preservation’ and ‘conservation’. As the day tried to give us an understanding of how to achieve both, it was important to firstly identify what they actually meant. Conservation, we learnt, is what to do to avoid further preservation; or largely, the controlling of the environment around the books or documents you want to conserve. A big issue for Gladstone’s Library is to control the temperature and humidity of the reading rooms and storage places of the books, as harsh temperatures, high humidity, or even too many fluctuations of both, can be harmful to the books. We do this by close electronic monitoring on computer software which alerts us if the temperature or humidity drops or rises too much.

Preservationis mainly fixing damage that correct conservation could have prevented. This takes the form of cleaning and other small tasks to brighten up and restore books to be as close to their original condition as possible. One interesting fact we took from this was that wearing gloves when handling precious books could be more damaging then using bare hands, as gloves can harbour more germs and dirt – that is, as long as hands are sanitised and perfectly clean!

Eventually we were let loose on some old documents that actually needed preserving – these were large, 17th century papers that were in need of some cleaning. In small groups and armed with an eraser, cleaning sponge and brush, we went to work on the documents. There is something so immensely satisfying about rubbing off the dirt, inch by inch. Our document – which appeared to be a contract or a will of some kind – looked quite a bit better after we had done, but sadly not better enough: the ten page contract we started on would actually take hours to clean, so it would take a book of a few hundred pages days, or even weeks to be properly cleaned and on its way to being restored.

Although the experience would have benefited us more with a clearer focus on books rather than documents and archiving, we definitely learnt a lot, and will be correcting all our preserving mistakes. My biggest preserving mistake breaks the golden rule – never carry more than three books at once. This is so you don’t have too much in your hands and risk dropping them, or dropping them and catching them in mid air and causing horrendous rips. I currently have my standard down to three books per hand – so I’ll have to work a little harder on that.