The Faith and Doubt of Holocaust Survivors by Muriel Maufroy 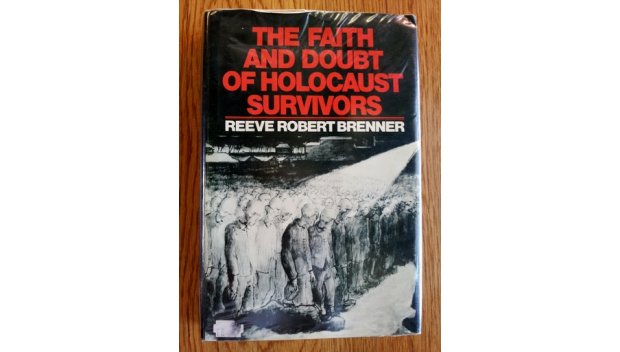 There is no way to come to terms with the Holocaust, but how it would have affected the faith or the lack of faith of those who went through it, is a question which never ceases to be relevant. This is why, in light of what is currently happening in countries such as Syria, Iraq and all places where human beings inflict terrible suffering on their fellow human beings, this book, The Faith and Doubt of Holocaust Survivors, published more than twenty years ago – in 1980 to be exact –still matters.

The book is the result of a series of extensive interviews carried out by Rabbi Reeve Robert Brenner with survivors of the Holocaust. These interviews give voice to the many who, for years, had kept silent, partly because they found it impossible to share their experience, and partly because no one really wanted to hear them.

It is only a pity that the constant reduction of human experiences to statistics and the classifying of people in various categories, rob the book of much of its impact. Personally, I am not particularly interested in knowing the exact percentage of those who kept their faith or those who did not. On the other hand, the numerous testimonies of the interviewees are deeply moving, informative as well as thought provoking, though the author of the book refrains to comment on them.

It is, for example, significant that those who, after the camps, rejected God because of the Holocaust, found Him again after the war of 1967 and the recovery of the old city, as if Israel’s victory was to them “the religious antidote to the Holocaust.” However, the author does not ask what kind of “faith” is the one which needs proof of the existence of God. Isn’t faith beyond proof? The author seems to equal belief with faith.

In the end, I would say that this book is not so much about faith as about human experience. For it is not so much in the words of the survivors but at the very core of their experience that God hid Himself. One survivor says, “Very little is left of what had been my philosophy of life,” a realization practically shared by all survivors, whatever their belief or non-belief. It is in this nothingness, this place where there is no question and no answer, that the mystics of all traditions recognize the place where God dwells, and where He can be found. The author has distanced himself from the people he interviewed wiith all his reports and statistics, whilst it is perhaps at the heart of their experience and not in what they believe that the real mystery of the Presence of God lies. This is the gift of this book: it feels cold at first and too clever, but then in the empty space it unwittingly creates; the invisible Presence is allowed to appear.

The Faith and Doubt of Holocaust Survivors by Reeve Robert Brenner can be found at Gladstone's Library.