Edge of Empire by Muriel Maufroy 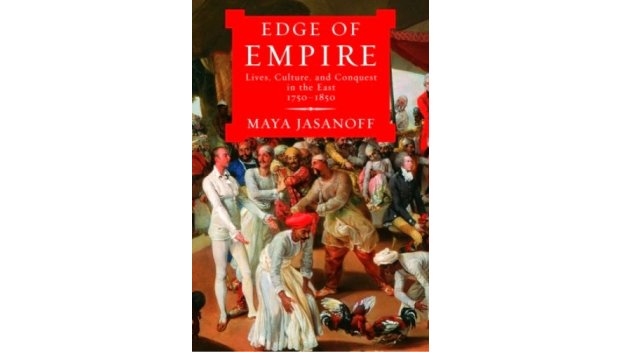 Gladstone’s Library is certainly not short in history books, especially when it comes to the Victorian era. History is inevitably the view of the past that someone holds which causes their views to become coloured by their own time. In this sense, history can always be revisited.

Maya Jasanoff revisits history with Edge of Empire published in 2006, which, according the Sunday Times is, ‘an original take on debates about the British empire’, and which looks back at the period between 1750 and 1850.

The author tells us that the book ‘chronicles Britain’s rise to global power along the eastern frontiers of India and Egypt.’ Nothing new here, you may say; this has been done many times before. This book has an unconventional approach as its author observes the empire and its expansion through the unusual practice of collecting objects from the past and ‘through those who indulge in it, the collectors’.

The Observer refers to the book as‘An exhilarating cocktail of history and travelogue,’ this is certainly true, but it does not mean this book is not a serious history book. In contrast with many others, Edge of the Empire is alive with smells and colours, as well as, with real people. In short, as announces the back cover, here is ‘a rich and compelling account of Britain’s imperial past.’

The research work is as interesting as the history itself, such as the discovery ‘in the back room of an archive in the French Alps’ of letters written by the Mughal emperor. The book contains many anecdotes of that sort but what emerges is a profound reflexion on the British Empire, on its impact and on the constant rivalry between the British and the French. As the author states, ‘Britain’s imperial history was never simply a two-sided saga of colonizer versus colonized. Empires are built in opposition to one another ... rivalry between Britain and France had formative consequences for the shape of what could, for a time, be the world’s two largest overseas empires ... The differences between them were in some ways as great as the distance between their core colonies, French Algeria and British India. ... Looking at British and French imperial histories together helps counteract the temptation to see empires in black and white.’ It also shows how rich the range of cultural crossings was.

In short, this is a book which is definitely thought provoking, and at the same time immensely entertaining, a book worth reading and to be enjoyed.

Edge of Empire by Maya Jasanoff can be found at Gladstone's Library.