Buried in The Library (The Unnaming of Things) by Jamie Stokes

As a library intern, it’s difficult to make it through the day without uncovering something unusual lurking in a bookcase. Recently – accidentally – I came across a small, black, hardback book with the title inlaid in miniature gold print into the spine: Miserrimus.

The classmark for Miserrimus (which, it should be pointed out, is Latin for ‘unhappiest’, ‘most miserable’) is F 25 Re/5. F, as a class, is ‘Christianity: Practice’. F 25 is ‘Sermons, lectures and essays with no specific subject’. There are over twelve hundred books within F 25. Miserrimus, resoundingly, should not be one of them.
The title page reads:

“Miserrimus.”
ON A GRAVESTONE IN WORCESTER CATHEDRAL IS THIS EMPHATIC DESCRIPTION,
Miserrimus;
WITH NEITHER NAME NOR DATE, COMMENT NOR TEXT.

It was published in London in the year ‘MDCCCXXXIII’ (1833). The author’s name doesn’t appear anywhere in the book, though someone has thoughtfully pencilled in ‘By F. M. Reynolds’.
It quickly became apparent that Miserrimus is, far from being a book of sermons, a novel from the point-of-view of the man who presumably ends up in the unnamed grave.

The plot, it must be said, is absurd: The narrator bullies a ‘school-fellow’, eventually – after a pugilistic altercation – drawing his knife and stabbing him. The boy lives; the narrator is expelled from school.
Later in life he falls in love with a woman whose brother, a navy officer, is away serving in ‘a foreign station’. The brother (naturally) turns out to be our narrator’s old nemesis, and upon his homecoming the earlier murderous feelings return. The narrator’s not-quite-lover discovers the history between the men, and swears ‘never again to entertain for you [the narrator] any feeling but that of unmitigated hatred and contempt!’ Distraught, the ‘Miserrimus’ goes on to kill the brother in a duel.

Years later, the narrator witnesses his lost love throw herself into a river. He rescues her, though before she regains consciousness he finds a letter she wrote, declaring that she holds responsibility for her brother’s death (go figure). She awakens, and after the narrator vehemently describes the joy he took in killing her brother, they decide to marry.
On the wedding day the groom dresses his bride in black. They proceed in a black carriage drawn by black horses. The church has been plastered with crepe (black). Two coffins are raised over the alter. After the ceremony, the two walk through a familiar forest. A tomb appears, with the inscription:

ERECTED IN ETERNAL RECORD OF THE
CRIME, ON THE SCENE OF ITS PERPETRATION,
TO THE MEMORY OF THE DEAD; BY
HIM WHO COMMITTED THE MURDER, AND
THEN MARRIED THE SISTER OF THE MURDERED.

The wife then quite literally expires, the narrator is heartbroken, and the tale ends with a suitably Victorian moral, separated from the main text and capitalised for emphasis:
VIRTUE IS THE ONLY SOURCE OF HAPPINESS.
In the book’s ‘Advertisement to the Second Edition’, the author engages in a bit of name-dropping. He first heard about the epitaph in conversation with one ‘Mr. Wordsworth; who afterwards wrote a sonnet upon it.’

Wordsworth, then, was also interested in the ‘Miserrimus’. In the introduction to Last Poems, 1821-1850 (classmark: R 34 W/98) we learn that ‘Wordsworth’s sonnet … may have been composed in friendly contest with Francis Wrangham … after their chance meeting and discussion of the gravestone …’. The notes for this poem include the information that the likely ‘person who lies under this Stone’ was a ‘Revd Mr. Morris … a sufferer for conscience-sake; a worthy man, who having been deprived of his benefice after the accession of William 3d. lived to an old age in extreme destitution, on the alms of charitable Jacobites.’ There is no mention of Reynolds’ novel.

My next job should probably be to reclassify Miserrimus – it should really reside in R 35, ‘English Literature: 1825-1850’, just a few shelves away from the Wordsworth. In a way this seems a shame. A book about an unnamed grave – the book itself missing the name of its author – feels like it should remain buried. Reynolds himself has practically disappeared from memory – the only biographical detail I could find online was that he was the son of a British dramatist who composed ‘nearly one hundred tragedies and comedies.’ The sad fact is, that with such a vast amount of books here at Gladstone’s, even should Miserrimus move to its proper place, it may never be opened again. If it were left, on the other hand, another intern some fifty years hence might discover this book of ‘Sermons’ with an unusual title and do a little investigating. Maybe that should be how this absurd, gothic book about death lives on… 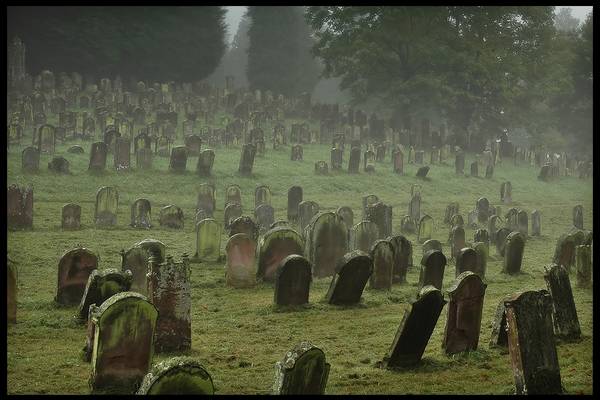