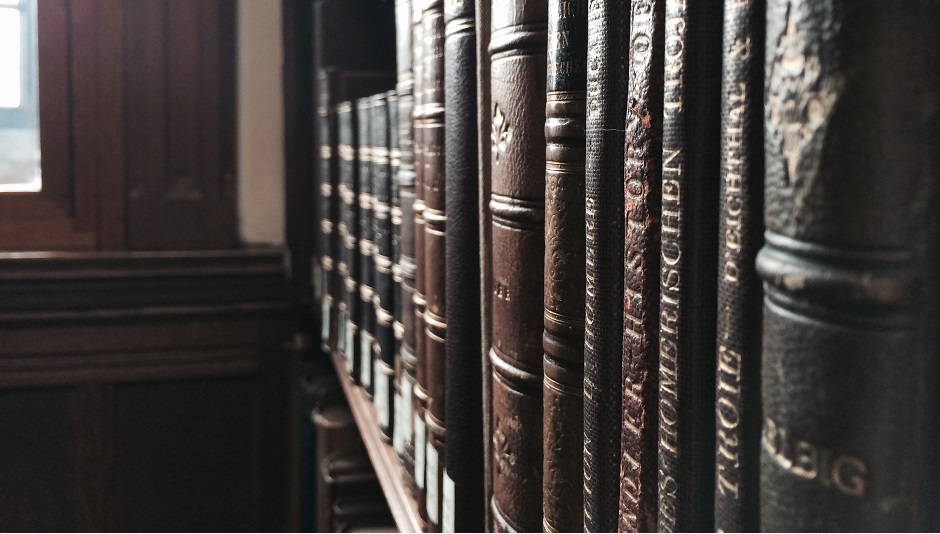 I am a year 10 student in St Richard Gwyn Catholic High School, studying English Literature, French, and Drama. Outside of school (and my time at Gladstone Library), I go to my local drama group. The reason I wanted to spend my Work Experience at Gladstone Library was because I was looking for a place that fitted in with my three GCSE options. After researching some different options. I thought about going to a library. Since I live in Broughton, I pass Gladstone’s Library every day on the school bus and have always been interested in what it looks like inside. I researched pictures of the Library and was instantly impressed by how many books could be in one space! The next day, I decided to visit their website and read some of the posts from previous Work Experience students. That made up my mind - I was set on Gladstone’s Library for my Work Experience and contacted them as soon as possible. Furthermore, I felt that some skills I use in the Library could help me a lot in the future.

The first day of Work Experience seemed extremely daunting, but also exciting. I woke up early and prepared myself for the day ahead, still uncertain on whether I was nervous or excited. As I walked through the entrance, I was instantly greeted by smiles which made it far easier to put my unease to rest.

My first day at the Library was Founders Day and therefore not a usual day! We started off by being introduced to some of the staff and were then shown around the building. After that we went to the computers, where we looked at what classmarks were and what they were used for. We helped to stick some classmarks onto the spines of the books. To prepare for all the visitors that would be coming for Founder’s Day, we helped tidy up around the Library and tidy the shelves. After lunch was the big event; we sat in and listened to the panel discussion about liberalism and faith, which I found very interesting. Once the talk was over, we cleared out all the chairs that weren’t staying in the library and made sure everything was tidy for the end of the day.

On my second day at Gladstone’s Library, I already felt much more comfortable with my surroundings. We started off by going around the library making sure everything was still tidy and switching on all of the lights. We then re-shelved a few books that had been used for Founder’s Day before helping with an archiving task, counting letters for a project the Library is currently working on. Personally, I found the archiving very interesting, knowing that these letters were the only versions, knowing that they were hand written, that they were over 100 years old and they were there in my hands. Just before lunch, we did some transcribing. We then talked with [Director of Collector and Research] Louisa Yates about our projects and were asked to think about what we wanted to write.

By my third day of work experience, the process of waking up and going to the Library felt completely natural, as if I had been doing the same for months. I arrived early, so I offered to tidy up the library because, despite how it might sound, I love being able to wander through the bookcases, filled to the brim with history and knowledge. After having tidied, we started on our jobs, which included reshelving books. After having adapted to all of the locations of the books (which, I’ll admit, took some time figuring out where everything went), I was able to reshelve the books independently. A week ago, I would’ve thought that being asked to wander the library alone putting books in the correct places would be too confusing to do without a bit of help. However, it was surprisingly simple as long as I followed the collection guide I was given. After reshelving books, I took all of the pamphlets that had been used on Founder’s Day back to their correct boxes in the Annex. Bearing in mind I had only ever had to reshelve books in the Annex, I had no idea where these pamphlets had to go. All I knew was they were to go in boxes at the end of the corridor! Even though there was a wall full of boxes, a staff member helped me by pointing out marks on the top of each pamphlet and I was able to put them back with ease. After yet another delicious lunch, we were asked to put dust jackets on books – which is very tricky. However, I got the hang of it (thanks to some much-needed help!) and continued with my jobs. Finally, after all our jobs were completed, we were able to relax for a while with a well-deserved cup of tea.

By day four I was feeling – surprisingly – extremely calm. I walked up to the main entrance and already knew exactly what to do. I spent the morning (after we’d tidied the library) helping with archiving, which meant counting letters. Although this administrative job could, quote easily, become dull, I quite enjoyed it and I’m proud to say I contributed to this project. We then went down to the Strong Room, which contains boxes and boxes full of letters, items and more. We needed to tick what was there off the list. Some shelves contained the diaries of William Gladstone himself and many of the boxes contained his personal documents.

After lunch, we mainly shelved and re-shelved books. We took books from the ‘New Additions’ display, relocated them on the computers, and put them all in their new homes (shelves). Later on, we did some circulation (looking for slips for books that need to be re-shelved) and came back to the computer room. Furthermore, I was able to take some pictures of the library which I’ve been longing to do since the day I arrived. Once I had taken all the pictures I wanted to, I came back to work on my personal project.

On my final day at Gladstone’s Library, I brought in a tin of cookies and a card to say thank you for all the help I had from the staff throughout the week and to thank them for being so welcoming and approachable. To start the day, we did a quick round of circulation and headed over to Marketing. We were told about the role of the Marketing department within the Library and then given a research task to research a few of the authors that are speaking at the Gladfest literary festival and try to find various reviews about the authors’ books. Some of them sounded really interesting and I’m considering reading one of the series! I’ve actually seen quite a number of books in the library that I’d like to read now. Furthermore, I found finding out about marketing quite educational as I didn’t know just how many different aspects and roles independent libraries needed to fill.

I have immensely enjoyed my week filled with literature and fun. I have had a chance to get a great perspective on what the world of work can truly be like and learn more about what roles each staff member takes on.