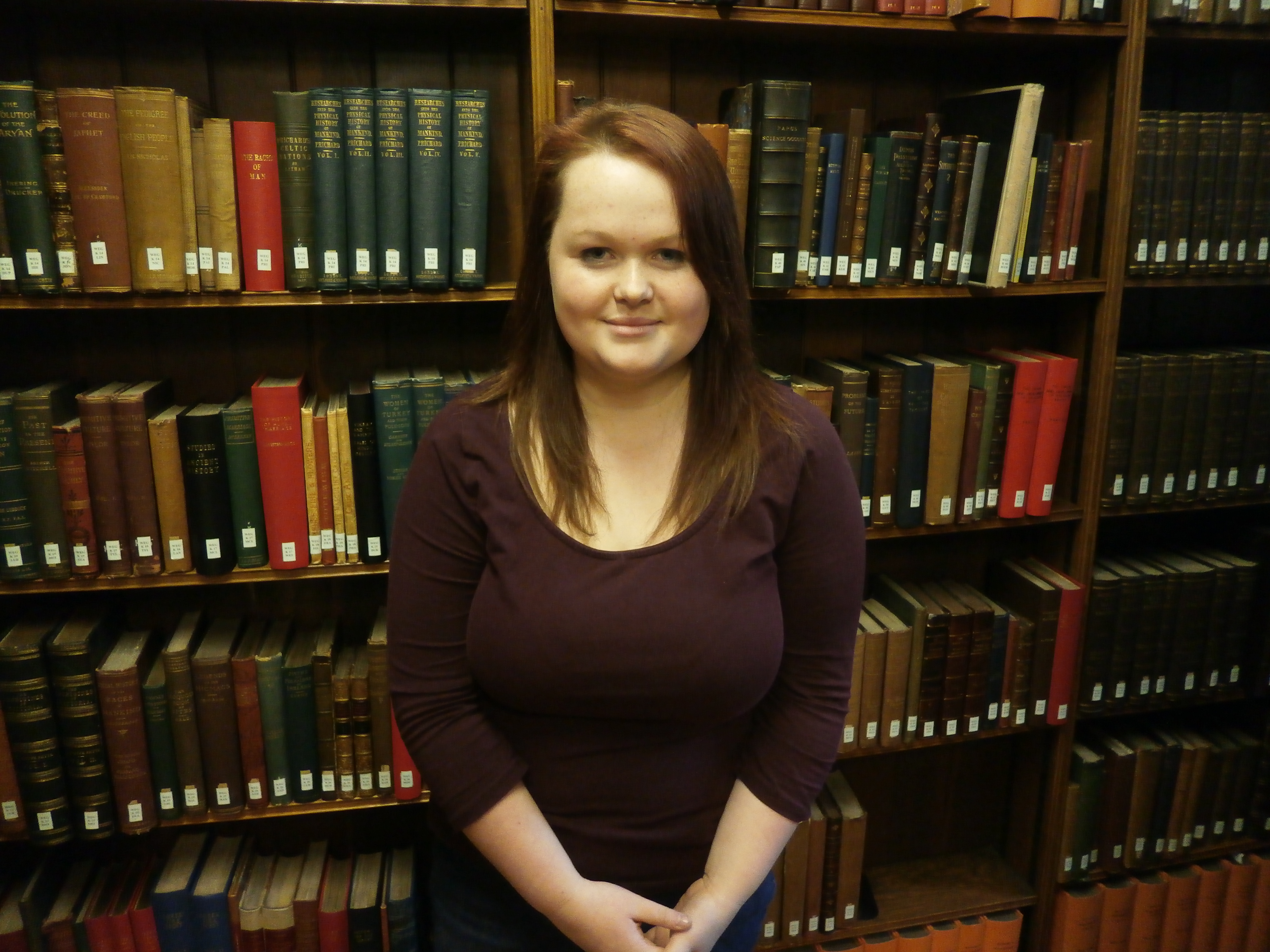 Reflecting back on the day I have learned many new things such as working the library’s catalogue and shelving the books. I had training for the majority of the day from the staff who were always happy to help and take any questions I had.

Before I came to the library, I didn’t know how big the building really was. As well as the reading rooms and study desks there is also a small chapel and residential homes inside. The buildings historical features made me feel more appreciative to be working in such a deep-rooted building.

Among doing various shelf checks I found a book based on supernatural beings which was very mesmerising. The book was historical, making it a unique and enthralling. As I was working, I didn’t have much time to read the book however I would like to find some time to read it some point in the week.

In the day, I also met one of the volunteers who was translating one of the old letters that Gladstone wrote which I found was very interesting.

My biggest challenge was shelving the books as I found it difficult to keep track of where everything was kept. I intend to work on this so I can improve next time. 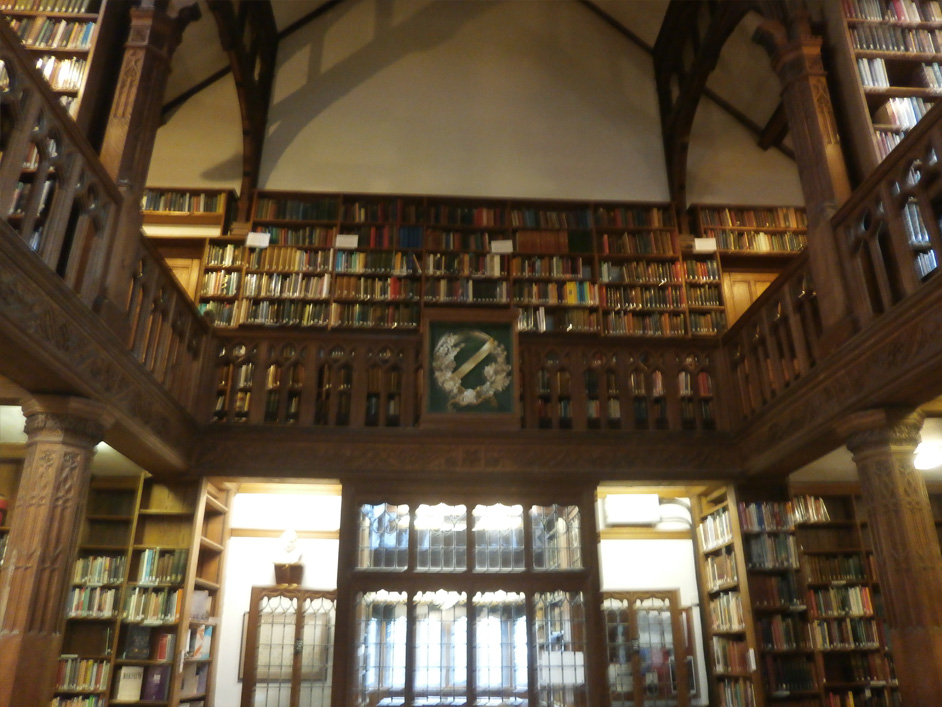 Once we had finished circulating in the morning, I logged on to one of the computers and sorted though some photographs for the social media networking sites. As I worked through, the staff explained about the different posts they write and how they engage with their followers and promote their events coming up.

I was given the job of sorting through the journals in the annex section of the library and writing in the accession numbers inside. This was a lengthy, however with four of us helping we managed to get through the majority of the section.  Before I came to the library I didn’t know there was as many journals as there was.

With February 14th coming up I researched different titles, authors and events that are relatable to Valentine’s Day so books could be collected and put out on display for visitors and readers to see. This helped me to look more in depth at Gladstone library’s collection of books.

On the tour I learned that Gladstone had read over twenty thousand books in his lifetime, this is roughly a book a day and this doesn’t include journals, newspapers or anything to do with his work as prime minister. To me, this was incredibly fascinating to learn about. I think more people should know about this and feel inspired by it to read more books whether it be fiction or non-fiction. I also found out on the tour that it was rumoured that Gladstone himself, carried his books to the library in a wheelbarrow at the age of eighty-five. 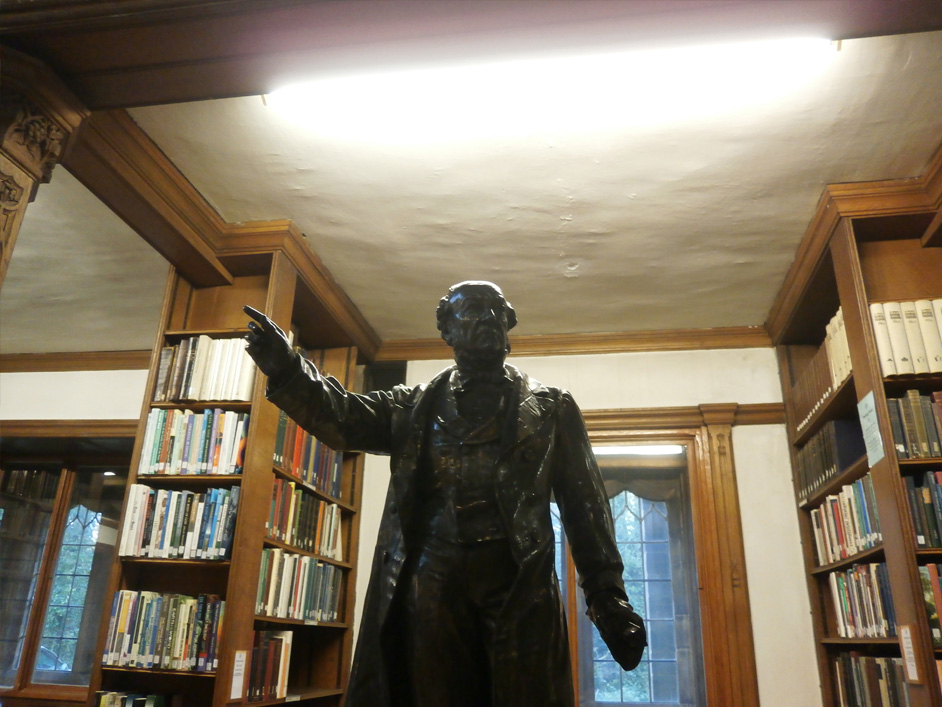 In the morning I opened up the library again and returned any books that had been left from the day before along with the other members of staff. As it is the second time doing this, I felt a lot more confident with the task in hand.

During the day I proceeded to organise books and shelves and write accession numbers in journals. Later on, I did some research into Valentine’s Day with Alice and Megan, who are also on work experience. We looked into Gladstone’s past and his love for his wife, Catherine. We found a few literary texts that related to the topic, and even found the letter that Gladstone sent to Catherine asking for her hand in marriage. While the letter was rather difficult to understand, it was incredibly interesting. Through reading the letter, we found that Gladstone wasn’t partially the romantic type, though he did have his moments.

In the afternoon, I went to Steven Gladstone Hall and looked for books that should be on the shelves in the main library. Since most of the books were misplaced, we had the job of changing the locations on the catalogue to fit with where the books actually where, the staff taught us how to do this and the task was soon completed.

For the rest of the working hours, I completed some more small tasks like shelving the books and circulating. 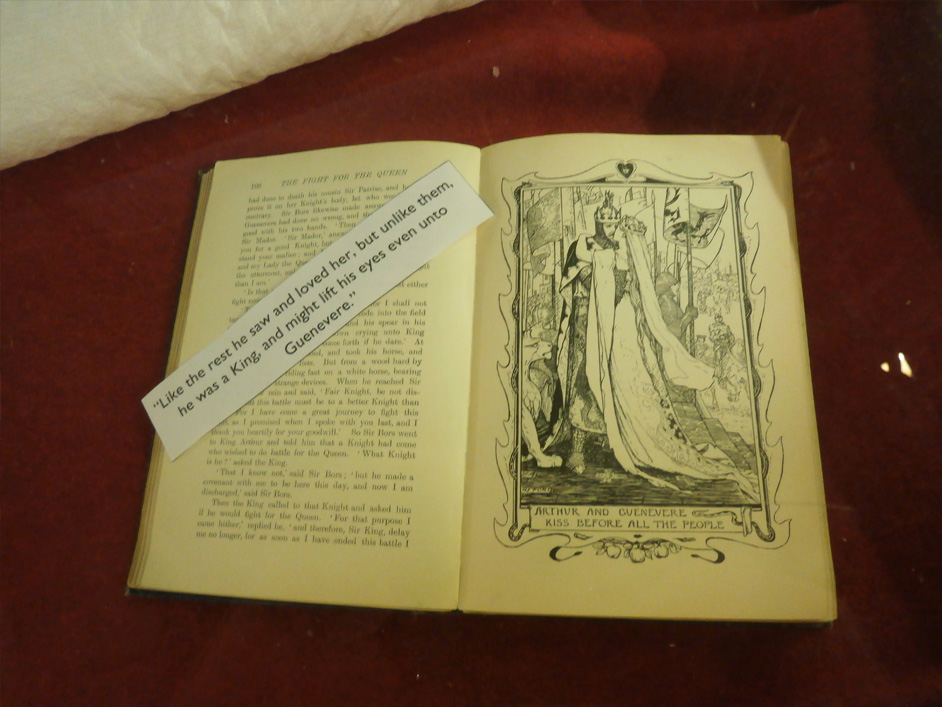 In the morning, we opened up the library again, it was much easier to do now as we have had enough experience and training to know where to go and what to do.

During the day, we did some more research into Valentine’s Day and how the portrayal of romance has changed since Gladstone’s era. This was especially captivating as I really enjoyed looking through some of the novels on the shelves.

I also found a book that was on display for sale called The Miniaturist. The summary of the book explains the unique and indifferent storyline, I decided that I would purchase the book before I end my work experience.

As we looked through more of the old books, I found a lot of old illustrations and artwork on the pages to help tell the story. The pictures were beautiful and I think literature would be better if they still included artwork like the older ones did.

Friday will be my final day of work experience and I hope to finalise any skills I wanted to improve on like being able to find the correct book shelves during circulation quickly. My week of work experience has been different and exciting, there isn’t so much as a ‘typical day’ at Gladstone’s library with something new every day. In the future, I will come to Gladstone’s library as a reader. 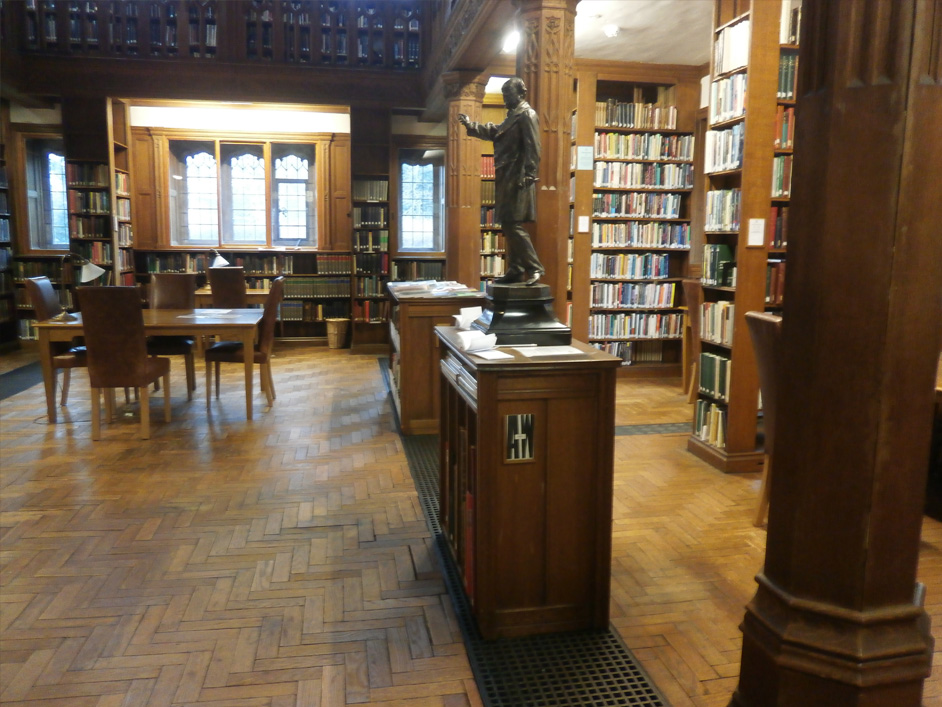