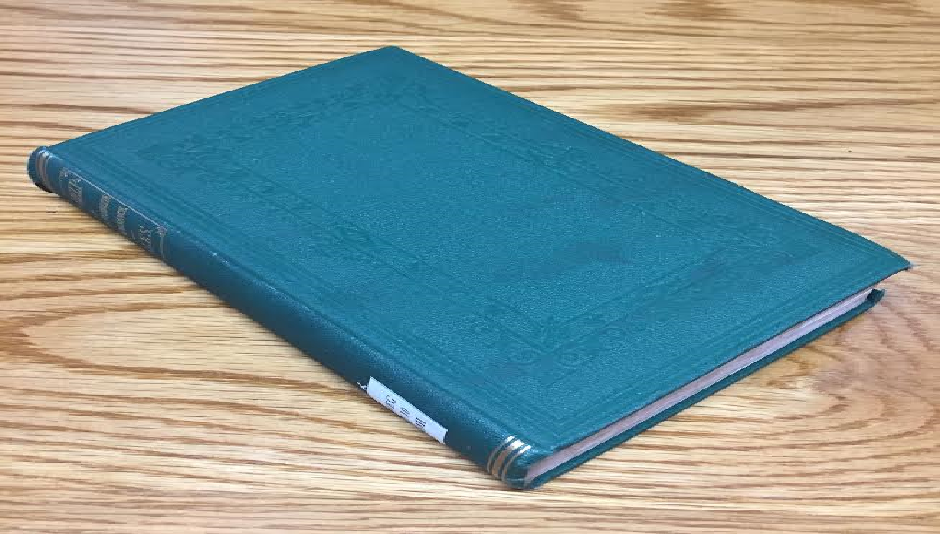 1859 saw the publication of many literary works. Charles Dickens, for example, began to publish his journal All The Year Round in which Wilkie Collins’s novel The Woman in White would be serialised in the same year, and in the fields of science and natural history, Charles Darwin published The Origin of Species, a book whose impact would be wide-reaching.

William Gladstone was not simply a politician, he was a reader, and a passionate one at that. This is made clear in an essay he wrote in 1890, On Books and The Housing of Them: ‘I shall assume that the book-buyer is a book-lover, that his love is a tenacious not a transitory love’ (p.389).

Given this, where was William Gladstone in 1859?

He had not yet taken office as Prime Minister, but had returned to the position of Chancellor of the Exchequer. Gladstone had previously resigned from this post in 1855 following a disagreement with Palmerston.

1859 was a year of personal note for Gladstone as he marked a significant birthday. Richard Shannon, in the first volume of his 1982 book Gladstone Volume One 1809-1865, notes William Gladstone’s reaction to this birthday: ‘Behold me then arrived at the close of half a century in this wayward world! Half a century!’ (p.402).

Which of the books published that year did William Gladstone read?

Alfred, Lord Tennyson published his Arthurian work The Idylls of the King. Shannon states that Gladstone ‘read Tennyson’s newly published ‘Idylls’ on July 14; noting in the very midst of his budget preparations: “Tennyson: who has grasped me with a strong hand” (p.392). It’s significant that Gladstone not only read books whilst working, but that his reading matter impressed upon him despite the pressures of office. His love and appreciation of literature cannot be underestimated.

Yet Gladstone’s reading appears to have been an eclectic mix.

His diary entry for 16th May 1859 records that he had studied the geologist Charles Lyell’s publication of that year On lavas of Etna formed on steep slopes and on craters of elevation. But on the same day he had also been reading George Eliot’s newly published novel Adam Bede: ‘Read Lyell on Mt Etna – Adam Bede.’ Gladstone’s juxtaposition of geology and fiction in a single sentence illustrates how diverse his interests were.

This is not mere coincidence. Whilst this diary entry illustrates an extreme juxtaposing of Gladstone’s varied literary diet, a further glance at works either written or published in 1859 against Gladstone’s diary records highlights this variety still further.

Gladstone read Christina Rossetti’s poem Goblin Market with its vivid representation of biblical-like temptation, and sisterly compassion: ‘have you tasted/for my sake the fruit forbidden?’ (ll. 478-479).

He also read the work of Samuel Smiles, and in particular Self Help, which he owned in a French translation: ‘the power of self-help, of patient purpose, resolute working, and steadfast integrity’ (p.21).

Smiles’s book is now rather obscure, yet its significance should not be downplayed. Andrew Smith notes in his 2004 study Victorian Demons  that its purpose was to provide ‘moral instruction to an essentially middle-class readership’ (p.4).

Considering representations of masculinity, Smith argues that Smiles’ work is ‘a key text’ in a ‘British tradition’ because it suggested that ‘social, cultural and personal revitalisation is made possible by performing the role of the gentleman’ (p.4).

For Gladstone it is possible that Smiles’s text had a personal appeal. Shannon states that ‘by 1820’ Gladstone’s father was ‘worth over £333,000’ (p.4). John Gladstone was in many respects a self-made man. He had been successful in generating for himself wealth and connections as a merchant, and through two judicious marriages: ‘there were promising connections with the Church and Eton’ (p.4).

Whilst it is all too easy to speculate on William Gladstone’s motivation for reading particular books, it is worth taking note of his choices.

Here was a man who was equally content to read Smiles’s model of masculinity with its ideals of gentlemanly behaviour, as he was reading the novels and poetry of women writers. The idea that Gladstone could read the works of a woman novelist such as Mary Ann Evans, and be a keen reader of Smiles is an interesting one.

It encourages the admirer of Gladstone to consider his openness of thought not simply in his interests but towards the authors he selected to read. 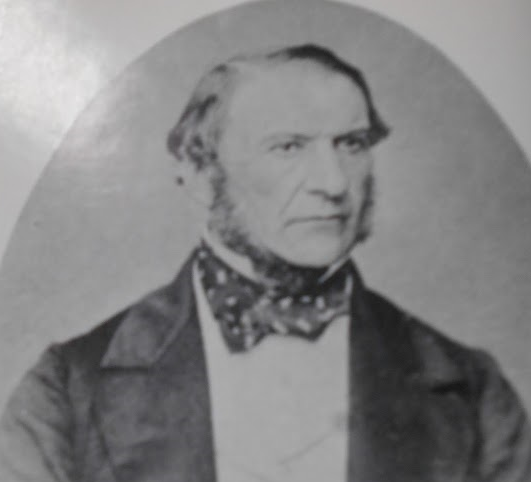