What would Gladstone think...?

What would Gladstone think...? 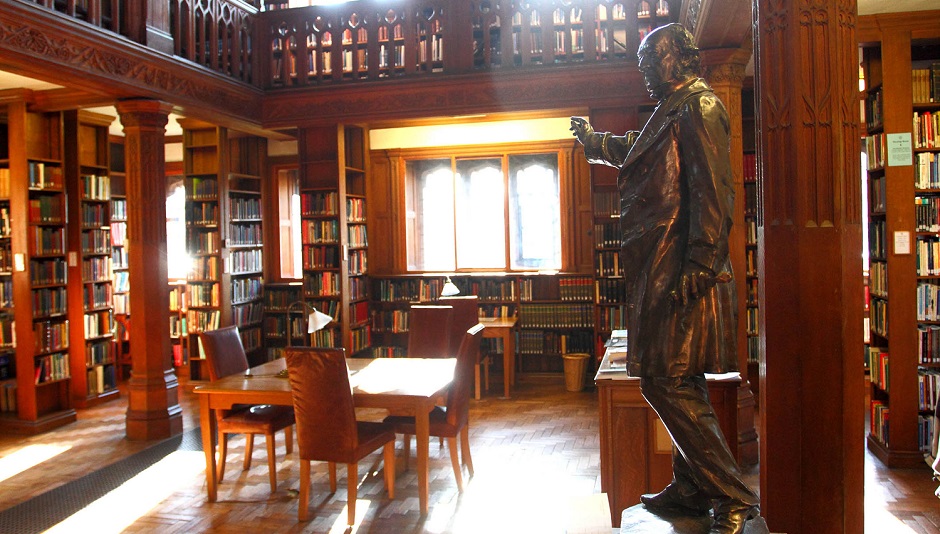 I suppose it comes with the job but people have a habit of asking me, 'What would Gladstone think...' about such and such? Well, it is often impossible to say, although admittedly, that doesn't always silence me. Today, somebody asked me what Gladstone would think about our contemporary Christmas.

I am almost sure he would have been very concerned that the faith aspect has become wholly subordinate to the commercial and partying side of the festival. He would want the Christian story fully acknowledged and he would expect that its tale of homelessness, refugees, and murder by corrupt regimes would give us pause to think about those issues today. As I type this, a new headline has flashed up about ‘a complete breakdown of humanity’ in Aleppo.

Gladstone would also decry the self-centeredness of societies that have turned the Christian hope of peace and goodwill to all humankind into a greedy hope to 'make America great again' or the same sort of self-serving concern that led many to vote for restored sovereignty for the UK and strict limits to immigration in the belief this will somehow inoculate us from the biggest humanitarian tragedy for a century (56 million refugees) and protect our borders. Obama rightly said, in a very Gladstonian speech, that this generation will be judged by how we deal with this crisis.

As we watch the horror of Aleppo unfolding, it might seem remote and distant but for Gladstone ‘the sanctity of life’ in Syria, Iraq or the Yemen is ‘as inviolable in the eye of Almighty God as can be your own. Remember that God who has united you together as human beings in the same flesh and blood, has bound you by the law of mutual love, that that mutual love is not limited by the shores of this island, is not limited by the boundaries of Christian civilisation, that it passes over the whole surface of the earth, and embraces the meanest along with the greatest in its unmeasured scope.’

There can't be much 'joy to the world' while we fail to be open-handed and open-hearted to the tragedies of the world. To be ‘liberal’ is to be generous and open-handed.

Over the last six months, people have persistently asked me what would Gladstone have thought about Trump or, indeed, Brexit? He would be dismayed, I think, by the attack on liberal values spearheaded by Trump and the appalling lack of truth on both sides of the Atlantic. Was there a lower point in UK political life than the murder of Jo Cox and the rhetoric that seemed to inflame such hatred? Gladstone would be appalled.

Gladstone was pro-European. Listen: ‘A sound principle is to strive to cultivate and maintain, ay, to the very uttermost, what is called the concert of Europe; to keep the Powers of Europe in union together.’ The aim of which is ‘the bringing about the “common accord” of Europe, embodying in one organ the voice of civilised mankind.’ That was said during his Midlothian Campaign. With an even wider scope, and in the same campaign, Gladstone said:  ‘All human beings have the same claims upon our support. The ground on which we stand here is not British or European, but it is human. Nothing narrower than humanity could pretend for a moment justly to represent it.’

Gladstone’s insistence on the centrality of humanity (the phrase ‘crimes against humanity’ emerged during his support of the Armenians) refers nowadays not only to war and terrorism but to all political activity. It includes not only the erosion of human rights (for refugees, women, gays etc) but also the lack of truthful political discourse to dupe electorates.

Liberal values are under attack and will need robust advocacy in 2017. This institution was set up to defend and promote liberal values and this is what we will endeavour to do in 2017.

Please direct any responses to peter.francis@gladlib.org.