Thomas Pennant: Welsh Naturalist, Explorer, another man before his time!

Thomas Pennant: Welsh Naturalist, Explorer, another man before his time! 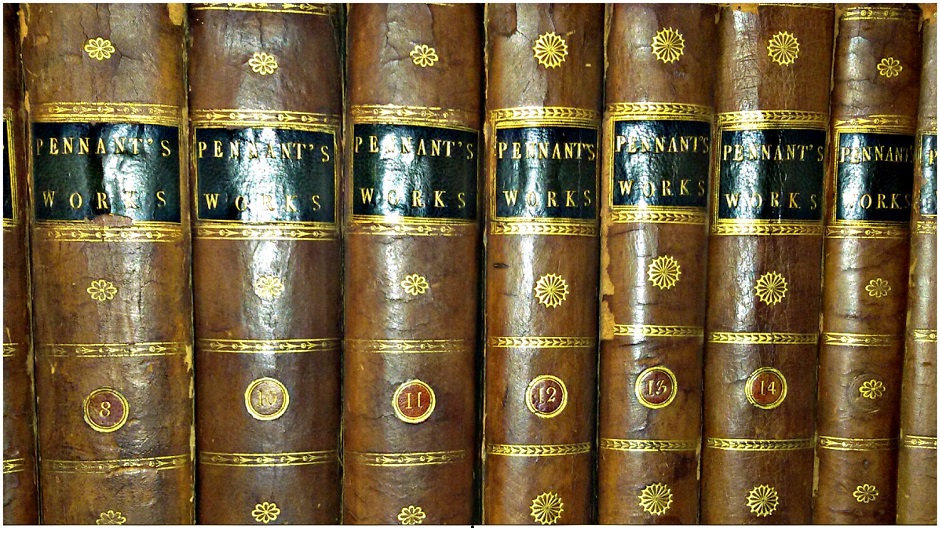 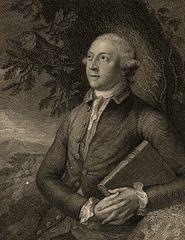 Our founder, William Ewart Gladstone, was not the only famous figure connected to Flintshire. Thomas Pennant, a famous polymath, naturalist and traveller of the Eighteenth Century, was born and lived in Flintshire. He was born at Downing Hall, his family home in Whitford, near Holywell on 14th June 1726. He wrote numerous books, which were often illustrated using his own draughtsman, Moses Griffith. These illustrations supplemented his scholarly works and make his writings fascinating and beautiful to look at to this day.

Pennant (1726-1798) was a distinguished naturalist, whose scientific publications secured him a European reputation as a leading British zoologist. He first began his education at Wrexham, at age seven, eventually going on to matriculate at Queen’s College, Oxford, where he was involved in the periphery in some trouble between dons and the undergraduates – culminating in a move to Oriel College where he was requested to pay caution money! As was the custom of gentry scholars of this time, Pennant left Oxford without a degree, although he was honoured over 20 years later for his work as a zoologist, with the prestigious award of the honorary degree of LLD (Doctor of Laws). He did emerge, however, from his college experience with a clear vision of what his life’s work would be – he had discovered a love of travel, as well as a love of cataloguing flora, fauna and other antiquities. Thomas Pennant would eventually emerge as one of the greatest Welsh travel writers of his time.

Pennant’s first published work, British Zoology, was published in 1766 and can be viewed here at Gladstone’s Library in Closed Access.  Although he has not traditionally been considered a propounder of new theories, this work is seen as an important addition to the promotion of natural history. Other naturalists, such as Darwin, went on to achieve greater fame. However, Pennant’s meticulous efforts to research, catalogue and record his travels and his belief in the importance of illustrations, resulted in British Zoology being ‘recognised as a standard reference work by scholars, since it provided one of the first comprehensive studies of native British animals’ (Evans, p.iii). In all, some five editions of the work were published between 1766 and 1812. We hold the smaller editions, and they are a beautiful example of Pennant’s zoological work. 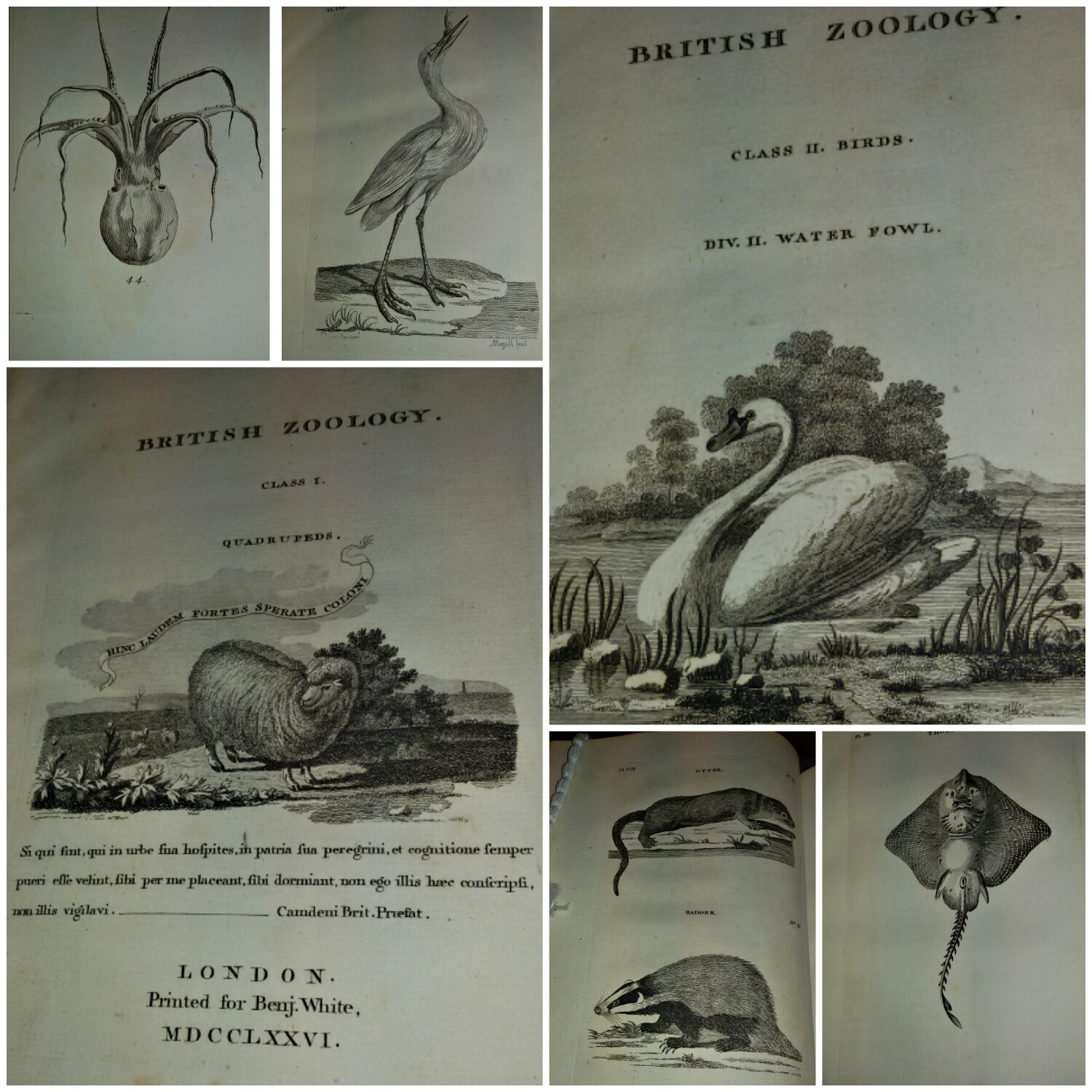 Pennant went further in his zoological studies and produced a major three-volume work, Artic Zoology, which included further beautiful illustrations and observations about the northern hemisphere. This major work was recognised as one of pioneering importance, and one of the first major studies of the zoology of this region. 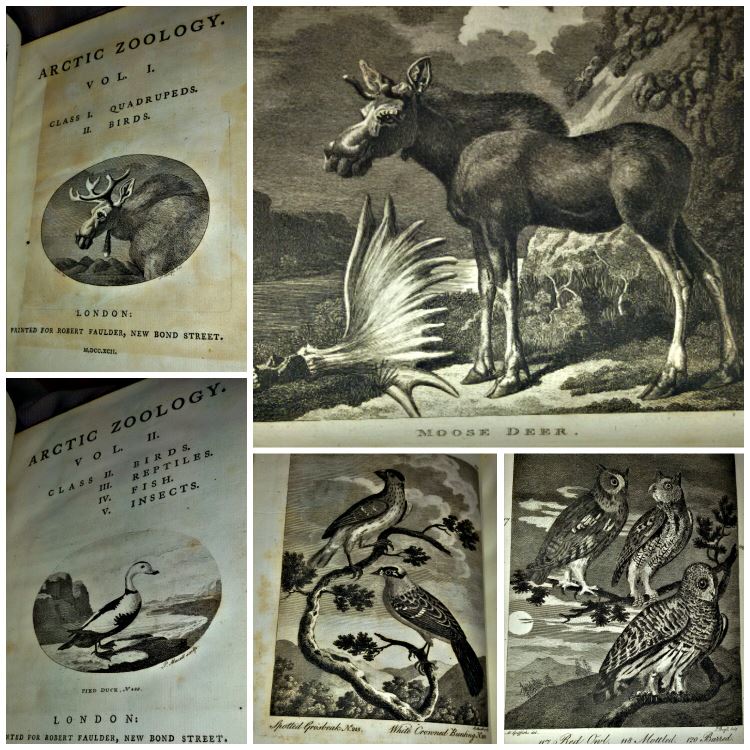 Pennant achieved recognition from the New World when he was elected a member of the American Philosophical Society at Philadelphia in 1791, displaying the extension of his influence. Indeed, so great was Pennant’s reputation, he was elected an honorary member to nine of the most learned scientific societies in Europe and America. Sir Gavin de Beer, a Twentieth Century British zoologist and Director of the Natural History Museum, said that Pennant was ‘the leading British zoologist after Ray and before Darwin’.  Pennant, then, was seen as a notable pioneer in his field.

Pennant was also an accomplished author of topographical literature and explored the British Isles. In 1769, he began a tour of Scotland which culminated in his published work, A Tour of Scotland (1771). Scotland was a region virtually unknown and unexplored by its southern neighbours and was widely regarded as a wild, desolate area that harboured rebellious Jacobite clans! Pennant, in his exploration, discovered the beauty and variety of Scotland; his volume was met with favourable reviews, including one from Critical Review which declared it ‘the best itinerary which has hitherto been written on that country’ (Evans, p.iv). 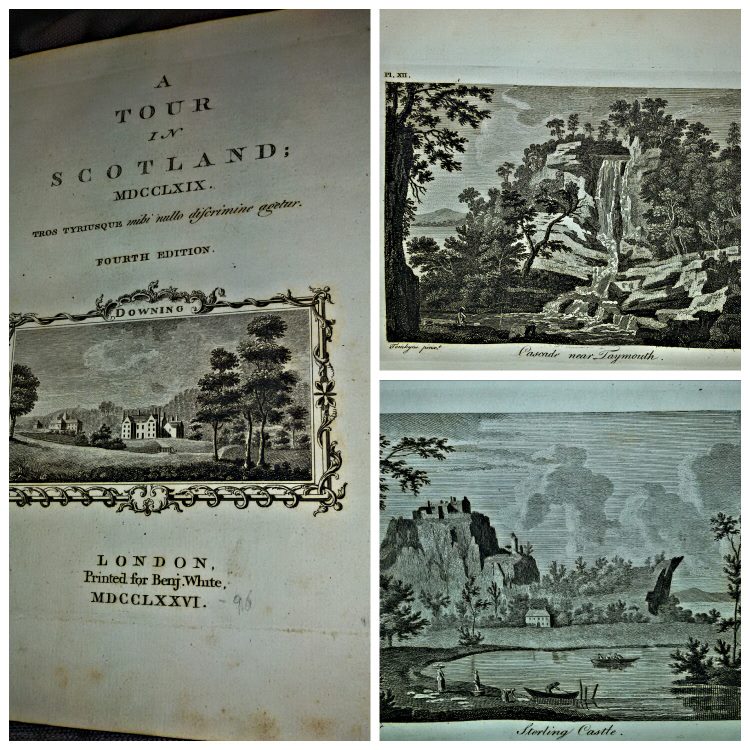 Pennant’s tour of the British Isles also yielded Tours in Wales, published in three parts between 1778 and 1783. These works are now generally recognised as having played a significant part in helping to bring about the discovery of Wales by English tourists in the Eighteenth Century. As Pennant historian, Evans, points out, this was recognised by a reviewer of the 1883 edition of his book, ‘…it may be safely affirmed that before Pennant’s book appeared hardly anyone ever thought of travelling to Wales for pleasure only. Soon after its appearance, tourists began to make their way westwards, and the number has been steadily increasing ever since’ (p.v). So we have Pennant to thank for Wales becoming a tourist attraction! 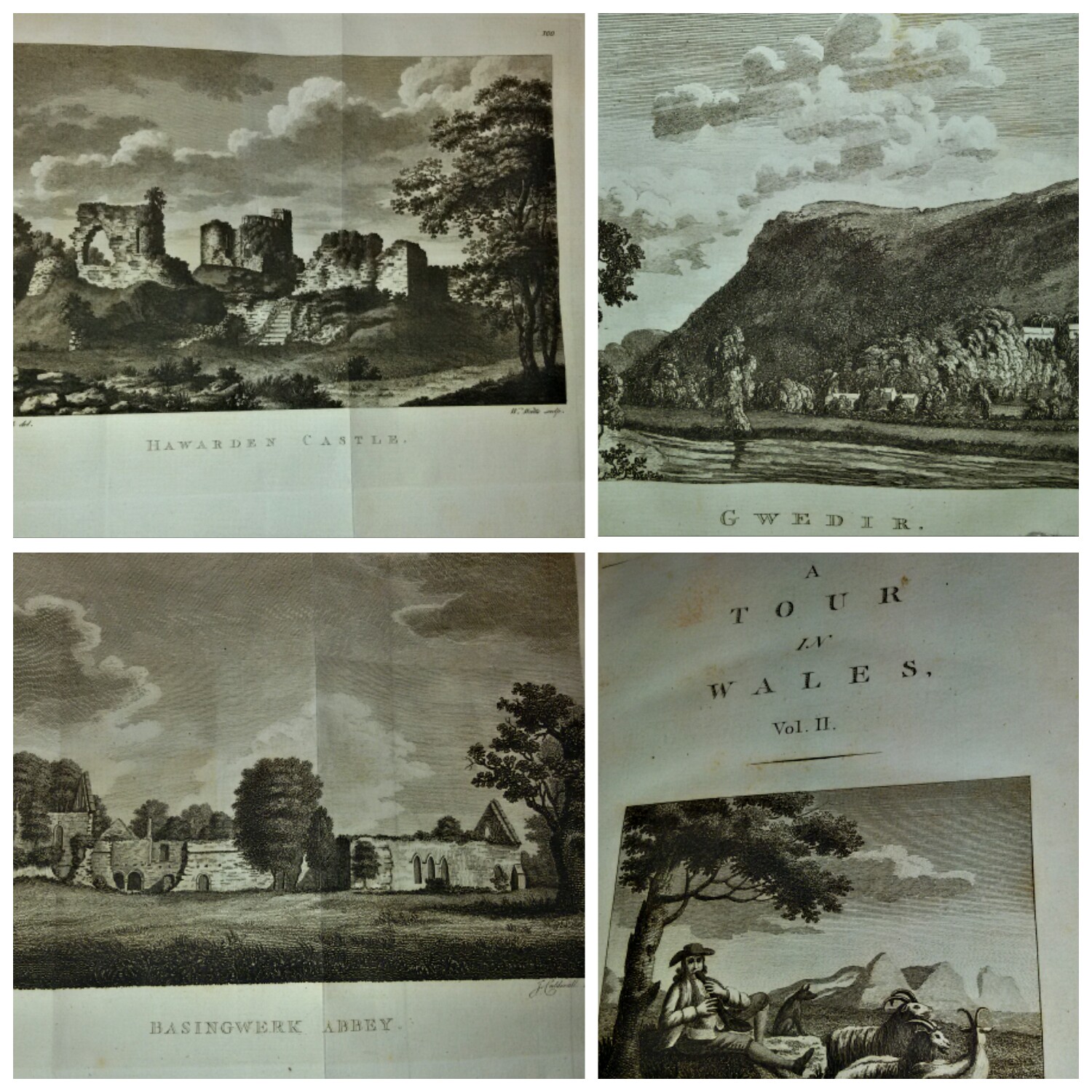 Pennant’s Tour in Wales also included a visit to Hawarden Castle – unfortunately our library was nowhere near fruition with our founder not having been born, but as you can see from the pictures, Pennant’s work on Wales was as glorious as his zoological discoveries.

Gladstone himself owned two copies of his works; The Journey from Chester to London, a trip that he would have made countless times and during which I like to think of him referring to this as a travelling companion; and The History and Antiquities of London, which I imagine being well-thumbed on his travels! 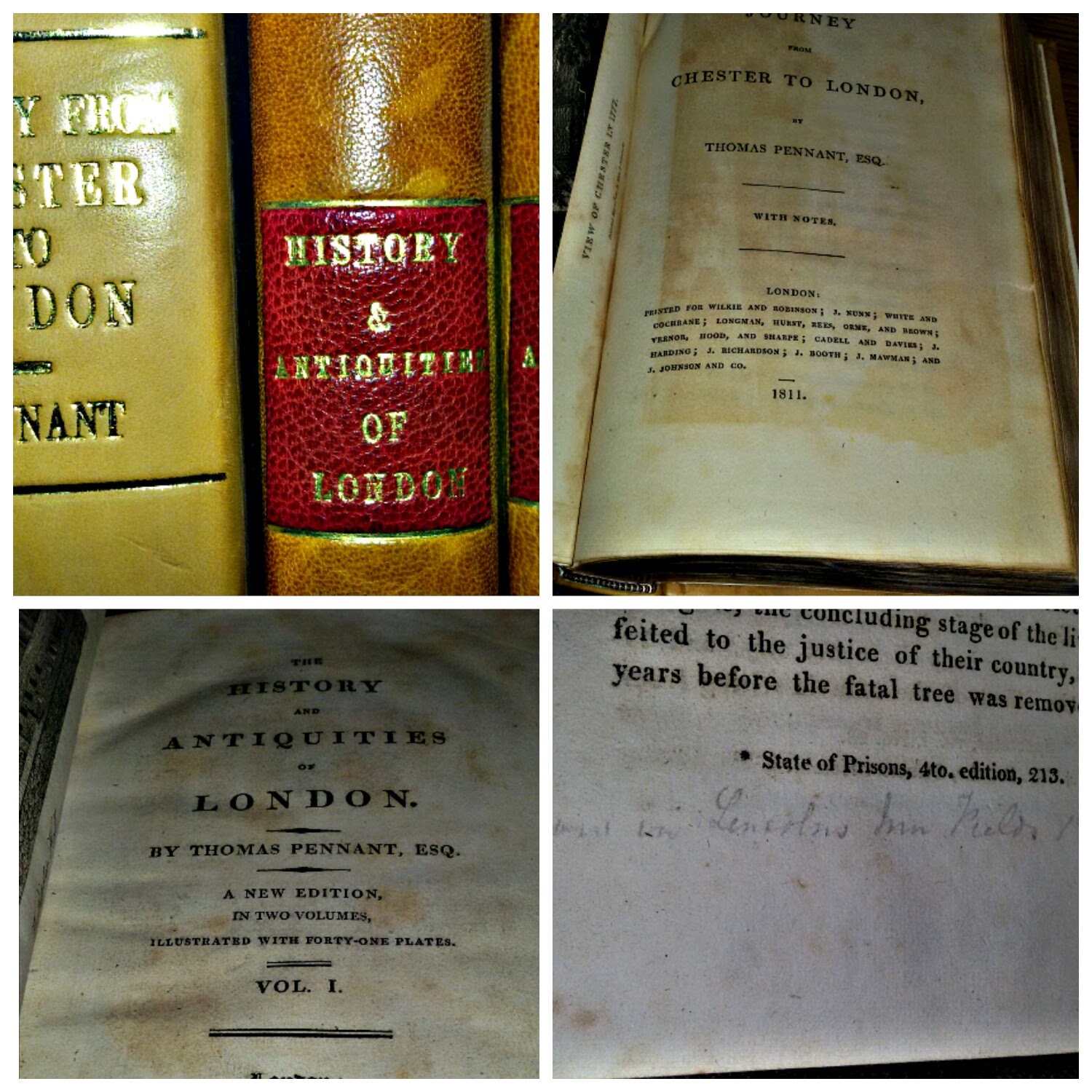 Pennant, then, was a famous Flintshire naturalist, polymath and zoologist, whose influence has extended far and wide. You can view his books in the Gladstone Foundation Collection and request his works using a Closed Access request form from the Enquiry Desk for free as a Reader of Gladstone’s Library. His beautiful publications are certainly worth viewing in person!