The Treasures of Closed Access: Samuel Wesley’s Life of Christ 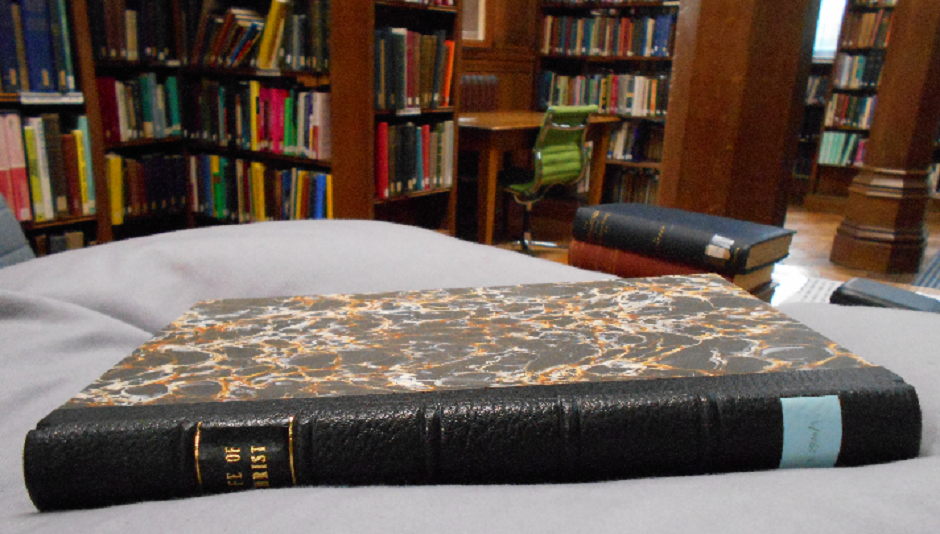 The Closed Access section of the Reading Rooms contains some of the Library’s oldest and rarest literary works and collections. It includes about 15 incunabula, texts printed between 1450 and 1501, as well as a collection of books once owned by the Glynne family, of whom Catherine, William Gladstone’s wife, was a member.

One of the books housed in Closed Access is Samuel Wesley’s The Life of our blessed Lord & Saviour. An Heroic Poem. The Library’s copy was published in 1697 and whilst it has been re-bound, and is not complete, still contains some of the 60 copper-plates included in the book as well as a dedication to Queen Mary. 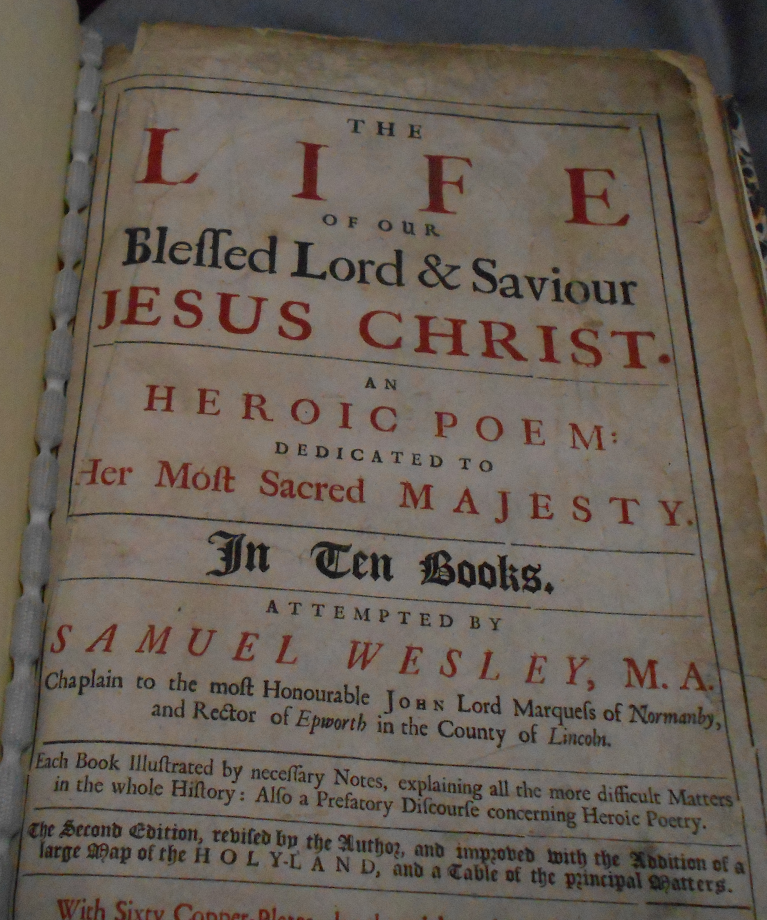 Who was Samuel Wesley? Whilst the man himself may now be an obscure figure, his surname may be more familiar. Two of his sons went on to make names for themselves: John as the founder of the Methodist Church , and his brother Charles as a well-known hymn writer.

But their father also attempted to influence the thoughts of others. Even when imprisoned in Lincoln Castle in 1705 for an outstanding debt of £30, Samuel is said to have prayed with, and preached to his fellow inmates.

Not simply a clergyman, he published both poetry and critical essays. In an essay entitled ‘Dialling’, referenced by L. Tyerman in his 1866 book The Life and Times of the Rev Samuel Wesley, Wesley stated that time is ‘the greatest treasure in this world that a mortal can be intrusted with’. A poet himself, he commented that poetry ‘was the first philosophy the world was blest with, and had that influence on the minds of men’ (p.156).

Tyerman records that Wesley wrote on a diverse range of subject matter: ‘philosophy, law, physic, surgery, mathematics, and arithmetic’ and ‘in connexion with each’, offered ‘a list of books’ he recommended should also be consulted. That Wesley suggested books he had read, as well as writing his own essays on these subjects, demonstrates as Tyerman acknowledges, ‘the immense extent of his own reading and research’ (p.156). 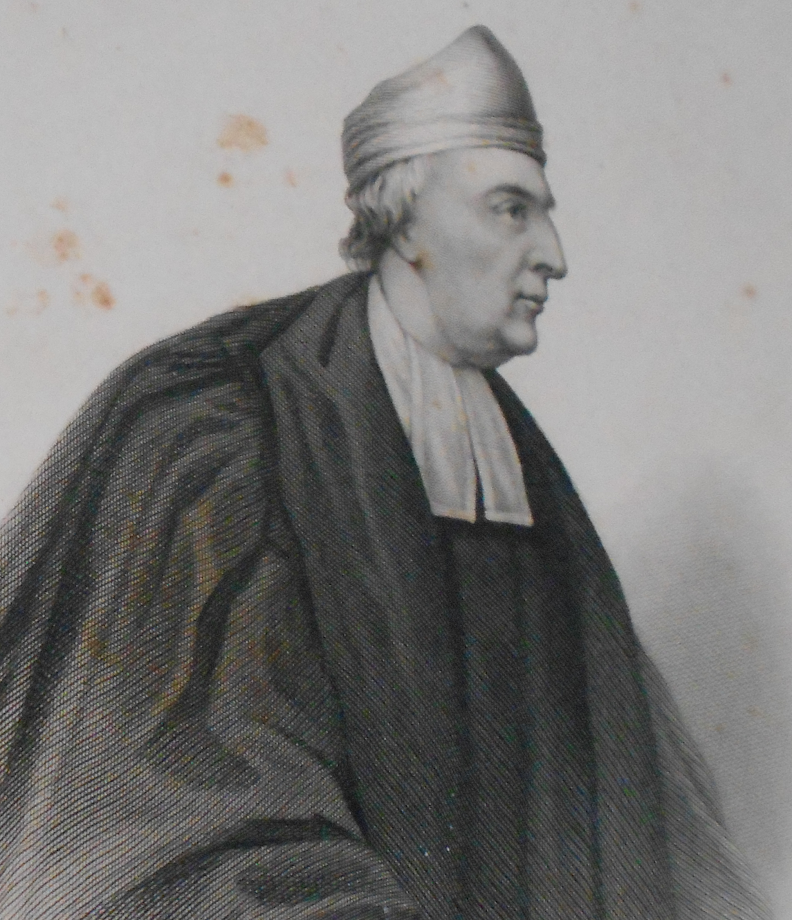 What of Samuel Wesley’s work The Life? Tyerman describes it as ‘far from perfect’ but argues that ‘in many places it flashes with the highest kind of genius’ (p.163).

Yet the poem was criticised by Wesley’s contemporaries. The Gentleman’s Magazine of 1784 records that the poem excited ‘the ridicule of the wits’ (p.162).

Alexander Pope is said to have so disliked Wesley’s work that he satirised him in an early draft of his poem The Dunciad, the first version being published in 1728. The original line which referred to Wesley, read ‘Worthy W -ly’ before it was altered to ‘worthy Withers, Quarles, and Blome’ (Book 1, l.126).

Valerie Rumbold in her 2007 book The Poems of Alexander Pope Volume III The Dunciad (1728) and The Dunciad Variorum (1729) notes that the ‘slur may have been withdrawn’ by Pope in ‘deference’ to Wesley’s eldest son, also named Samuel, who was like his father a cleric and poet (p.31).

It was not just Pope who satirised Samuel Wesley the Elder. Jonathan Swift equally savaged him in his 1704 A True and Full Account of the Battle Fought Last Friday Between the Ancient and the Modern Books in Saint James’s Library. Here Swift states that ‘Homer slew Wesley with a kick of his Horse’s heel’ (p.235).

Sir Walter Scott, the editor of The Works of Jonathan Swift Volume X published in 1883 adds a note of explanation below the  text which pronounces Wesley a ‘wretched scribbler’ (p.235). If the strength of Scott’s insult in referring to Wesley as a ‘scribbler’ is not clear to a modern reader, then it becomes so when read against Samuel Johnson’s definition in his 1765 Dictionary. A ‘scribbler’ states Dr Johnson, is a ‘petty author; a writer without worth’.

What Samuel Wesley felt about Pope and Swift’s satirical swipes is unclear. However it was also attacked by Samuel Palmer, a Non-Conformist minister and biographer. In this instance Samuel Wesley made a reply and defended his work whilst admitting: ‘I know my poem is very faulty; but whether it be in itself as contemptible as Mr Palmer represents it, I desire may be left to more impartial judges’ (p.161). Wesley went on to ask Palmer to ‘be so kind as to let me know the particular faults of that poem.’

If Palmer consented, Wesley would be ‘highly obliged to him, and will take care to correct them’ (p.161). Such a response, which both admitted the failings of the poem, but also placed the onus back on Palmer not to simply attack the work but to explain, is arguably a dignified reaction to criticism. That Wesley did not reply with malice or riposte, but in a seemingly conciliatory tone, whilst still quietly and perhaps sarcastically questioning the strength of Palmer’s criticism, surely says much about Samuel Wesley’s character. 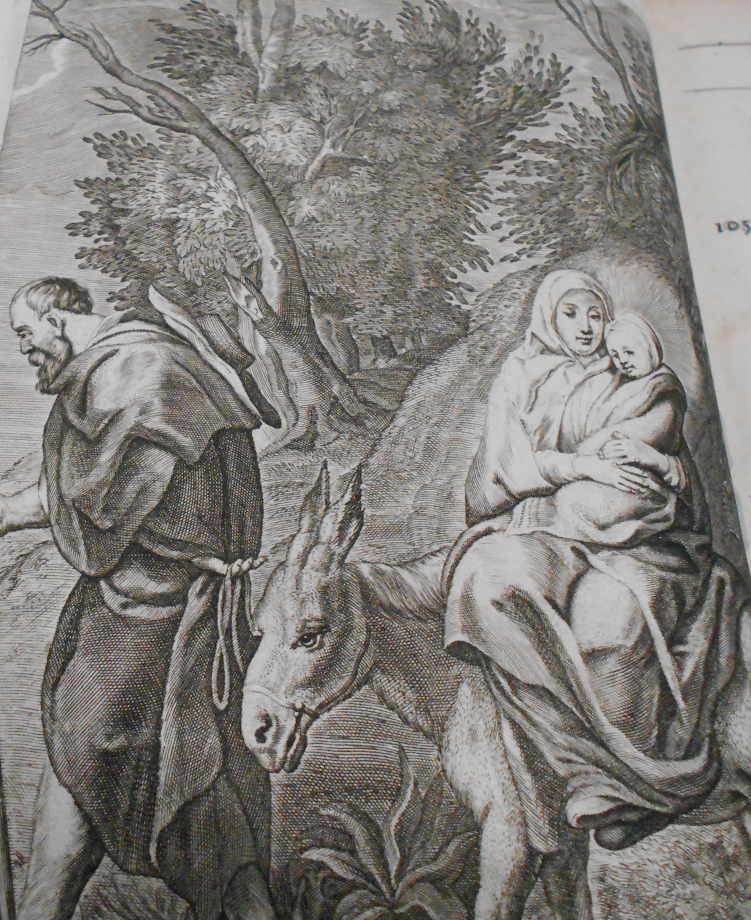 So, a body of literary work, as well as a life that was not immune from controversy and criticism. Arthur Torpy in his 2009 study The Prevenient Piety of Samuel Wesley, Sr. argues that Wesley was a ‘lightning rod for both his contemporaries and subsequent interpreters’. He notes that Wesley’s ‘personality and character have had the capacity to bring out both negative and positive responses’ (p.1).

Whatever literary talent Samuel Wesley did or did not possess given that his work was discussed, and gave eminent poets such as Pope and Swift material with which to produce their own works of literature, suggests that his influence, and his work should not remain obscure. His text is just one of the lesser known treasures stored in Gladstone’s Library. 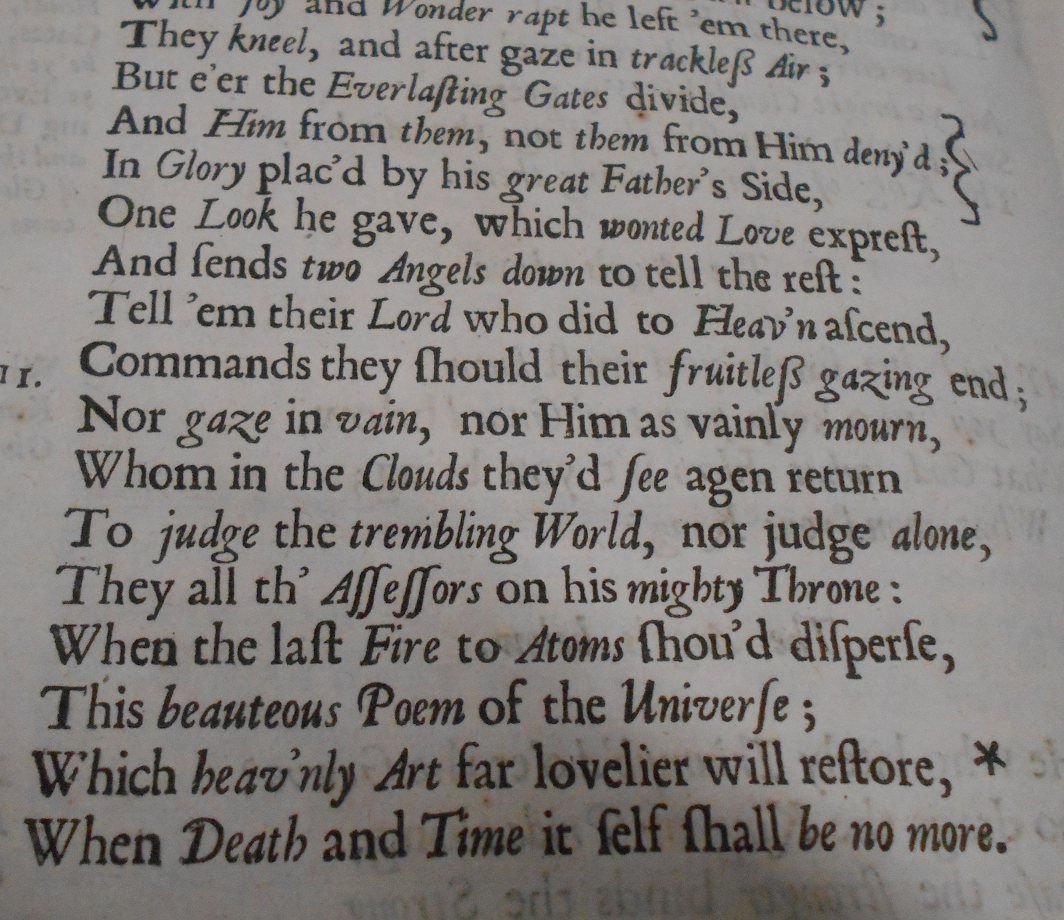