The Curious Case of the Changeling Chairs

The Curious Case of the Changeling Chairs We also have fascinating wildlife inhabiting the library. Listen closely to the quiet of the Theology Room and you may hear birds chattering outside the windows, or the distinctive whisper of the Rarely Spotted Intern as they explain to a library user that, "No, you may not use the library without signing up as a Reader first."

This week, however, the library Reading Rooms were invaded by an entirely new species of wildlife.

T'was a Tuesday evening when, newly returned from my weekly day off work, I wandered back into the library to reassure myself that the books were still there (they were.) However, as I walked the galleries, I couldn't shake the feeling that something was different.

And then I realised: our chairs had been replaced by aliens.

When I left the library on Monday, the chairs I left behind were our regular, Lesser Brown Desk Chairs, the same that live in our dining room. These new chairs are positively exotic in comparison, with bright plumage and distinctive silver limbs. Had these newer, sleeker, beings, rapidly evolved during my day-long absence? Had our old chairs been rendered extinct by their swisher replacements? And, most importantly, were these new chair-forms dangerous?

In order to find out, I donned my David Attenborough hat, gathered my courage in a teacup and ventured out into the Book Jungle. 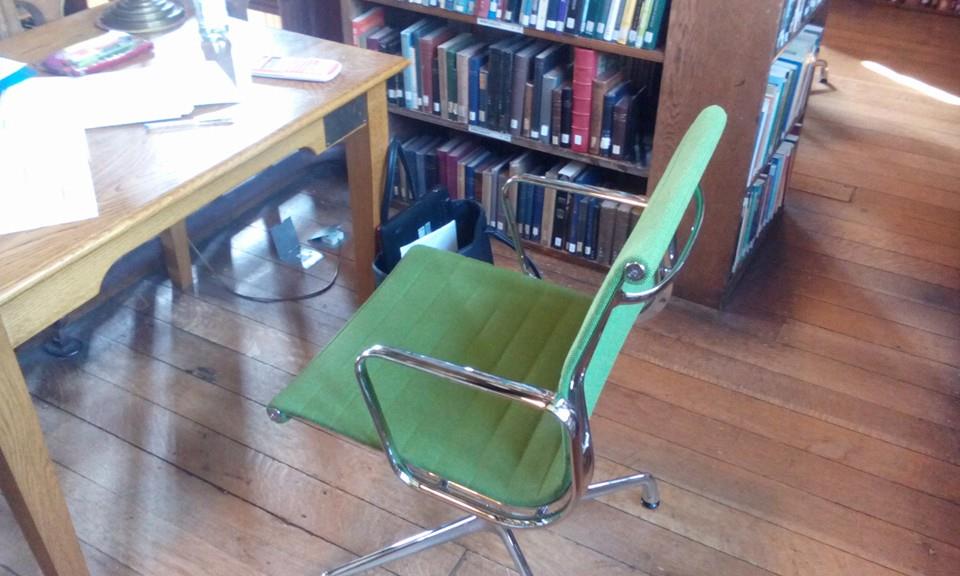 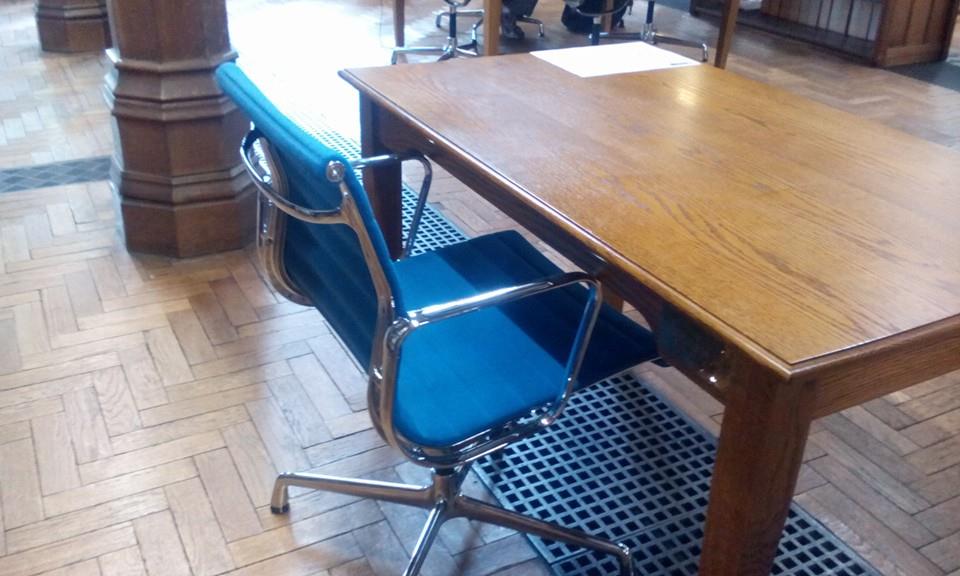 The chairs have bright pelts of varying colour, presumably to discourage predators and attract potential sitters. 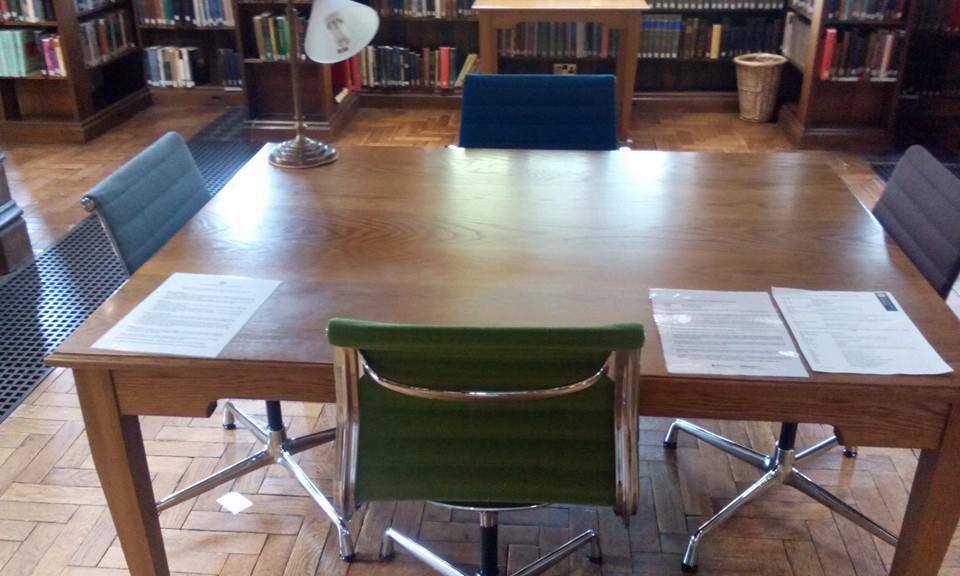 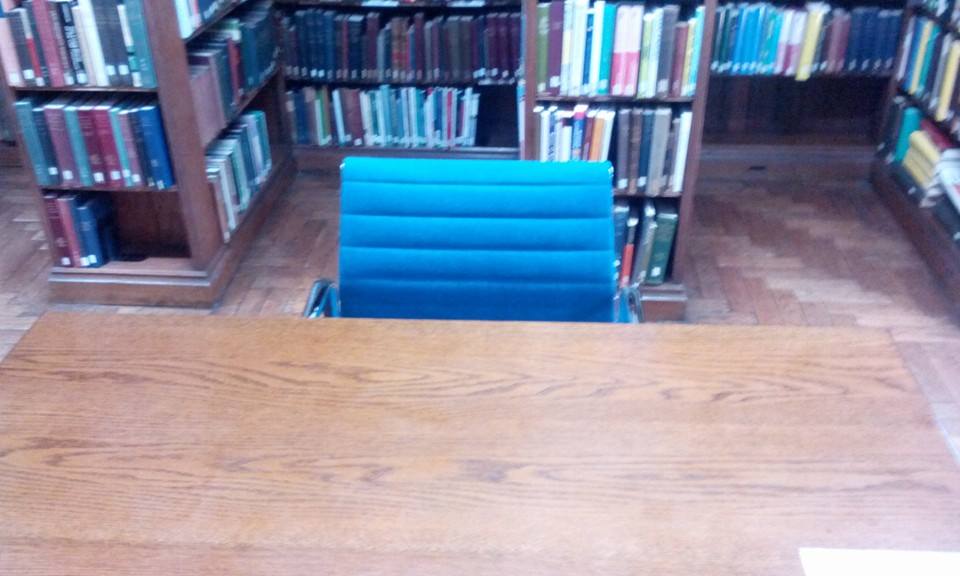 They appear to be sociable creatures, if somewhat timid.

Through careful observation, I have arrived at the conclusion that these foreign chairs, despite their initially surprising appearance, are really very soft, largely 'armless and – most importantly - 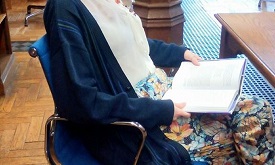 Come and try them out for yourself!