Stronger Together by Emma Rees

Stronger Together by Emma Rees 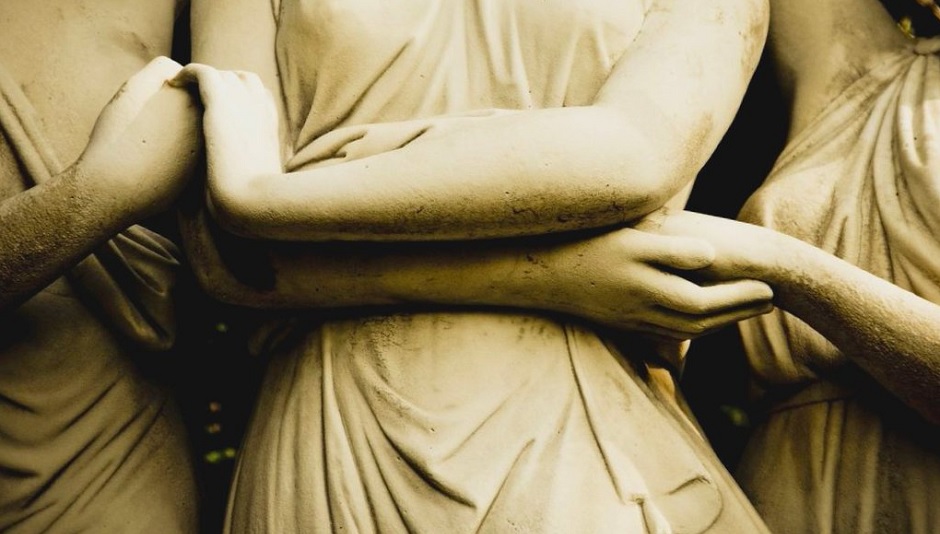 Last weekend I ran a workshop for around 20 people as part of my writing residency at Gladstone’s Library. I arrived a week earlier, on the Sunday when the news was breaking about the brutal murders of dozens of people at Pulse, an LGBTQI nightclub in Orlando. On Thursday, as the ghastly news from America had only just begun to soak into the fabric of the world’s narrative palimpsest, I was writing at my desk when I heard about the murder of Jo Cox on the streets of West Yorkshire. That same day, I read, Boko Haram had shot dead 18 women who were attending a funeral in Kudu, Nigeria. The news reports on all three cases, and the Twitter updates and Facebook posts about them, combined to have the effect of making the world – already a dangerous place – feel somehow more urgently precarious.

But – as always happens – Gladstone’s Library and the people in it have supplied solace and peace to balance out what feels like an unprecedentedly harrowing time for humanity. Gladstone’s is that rare place: an environment of inclusivity, diversity, and love. It feels more than ever like a reminder of something it can be easy to forget: that there are still many good people in this world.

To be here as Writer in Residence is, of course, a great privilege. And it’s one I fully acknowledge. I’m working on a book about feminism’s fault lines and how, if at all, we can repair them. We all have a responsibility – those of us, anyway, with the resources that both accompany, and signal, privilege (articulacy, education, the means to share our thoughts, and the space to reflect on others’) – to go out into the world in person, or through our writing or even through our social media accounts, and to call out injustice and to celebrate beauty. I’m reminded, here, of Dorothea, in George Eliot’s novel Middlemarch. ‘Far off in the bending sky was the pearly light’, wrote Eliot, ‘and she felt the largeness of the world and the manifold wakings […] to labour and endurance. She was part of that involuntary, palpitating life, and could neither look out on it from her luxurious shelter as a mere spectator, nor hide her eyes in selfish complaining’.

The participants in the weekend’s workshop on ‘Fractured Feminism’ provided a soothing balm in a hurting world. I was moved by the women (the course had been open to everyone, of course, but in the event all of the participants identified as women) with whom I spent two days talking, debating, laughing, and even crying. We were a wide mix, aged from 15 to 75. We came from extraordinarily varied educational and family backgrounds; held diverse moral and spiritual beliefs; identified with a range of sexualities; and we all had stories to tell – some of which had never been voiced before.

The sheer power of women telling the truth about their own lives was even greater than I’d anticipated. Empowerment is more often than not the by-product of great pain and some of the narratives were profoundly moving. As we talked and debated and laughed and wept, someone declared: ‘This is sisterhood!’ And it was. And it was potent. It was what used to be called ‘consciousness raising’ – a term too often derided as an irrelevancy; a tired relic of second-wave feminism – and it was remarkable.

Here, at Gladstone’s, was a group of people united not by sex nor by sexuality nor by gender, but by a productive anger at how much inequality and ugliness there currently is in the world. Here was a determination to pull together to try to make things better. The Library and the workshop allowed us to pause, to speak, to listen, and to reflect before stepping back into the ‘real world’ as more optimistic and determined agents of change.

I began this post by reflecting on the pessimism that so many of us feel when we read, watch, or hear the news. Gladstone’s Library provides a space that gently encourages those within its walls not to eschew difficulty and complexity, but to draw together in informed debate. I genuinely believe that powerful social movements are fomented in places, and in company, like this. Gladstone’s may appear to be a ‘luxurious shelter’, but it shuns the blinkered, inward-looking, even naïve solipsism to which I think Eliot was gesturing.

This stint of my residency finished on the 23rd June 2016 – the date of the EU referendum which, for months, had felt like a benign, far-off, even archetypally ‘British’ event. But the events of the last week, in microcosm and macrocosm alike, have seen the referendum’s transformation into an utterly toxic, even deadly, debate. By the time this blog post is up, the results will be known – and I await them with anxiety. But, because of the Library, my anxiety is tempered by the knowledge that there really are very many good people in the world: people, like the workshop participants, who find strength in solidarity when it really counts.