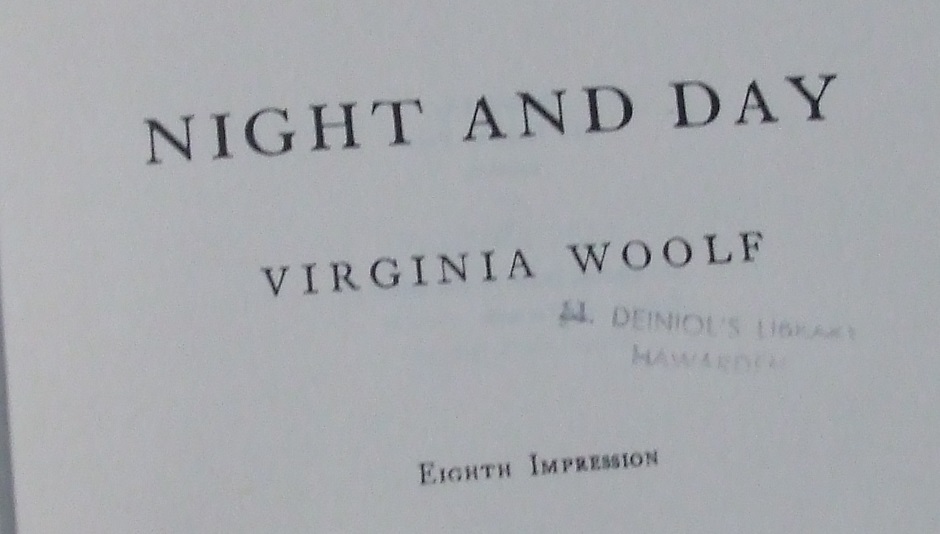 Ask someone to name a Virginia Woolf novel and they may well mention To The Lighthouse or Mrs Dalloway. Night and Day, Woolf’s second novel published in 1919 – a copy of which can be found in the Annex at Gladstone's Library – probably won’t come up in conversation unless you are talking to someone who is a dedicated Woolf reader. Night and Day isn’t what you might expect of her. Think of Woolf and the word 'experimental' comes to mind. It’s also somewhat longer than some of her later novels. This is early Woolf, on the way to breaking with convention and doing things differently, but not there yet.

The plot reads like a conventional love story: Katharine Hilbery, a young woman thinking of marriage and two potential husbands vying for her attention, and Mary Datchet, whose feelings for one of Katharine Hilbery’s love interests is not reciprocated. So far, so predictable.

But this is a novel about failure. Katharine’s mother who is attempting to write a biography of her father, a famous poet, fails to write, let alone complete her text. If Woolf looks at the failures of the older generation, she equally explores the options available to the young, particularly young women and the potential a working life – dramatized through Mary’s suffrage activities- offers to them.

But there is a great sense that language, particularly for the younger characters is failing them and that they are, as a result misinterpreted. Katharine Hilbery, a character who states her open dislike of literature, angrily exclaims to one of the young men pursuing her: ‘Being yourself very inexperienced and very emotional, you go home and invent a story about me…I won’t have you do it’.

Given recent political events, there is concern that people are not listening or being listened to. Others worry their views are being misrepresented, and there are those including the young who are considering what they will do next. Whilst Woolf suggests the promise of better times to come in the conclusion to her narrative, there is ambiguity as to whether the future imagined by Ralph and Katharine is possible.

In the light of Woolf’s treatment of issues such as personal identity and an uncertain future, perhaps Night and Day is not simply of its time, but readable in our time. Why not look up this neglected novel and decide for yourself?