Polly Atkin on her February at Gladstone’s Library

Polly Atkin on her February at Gladstone’s Library 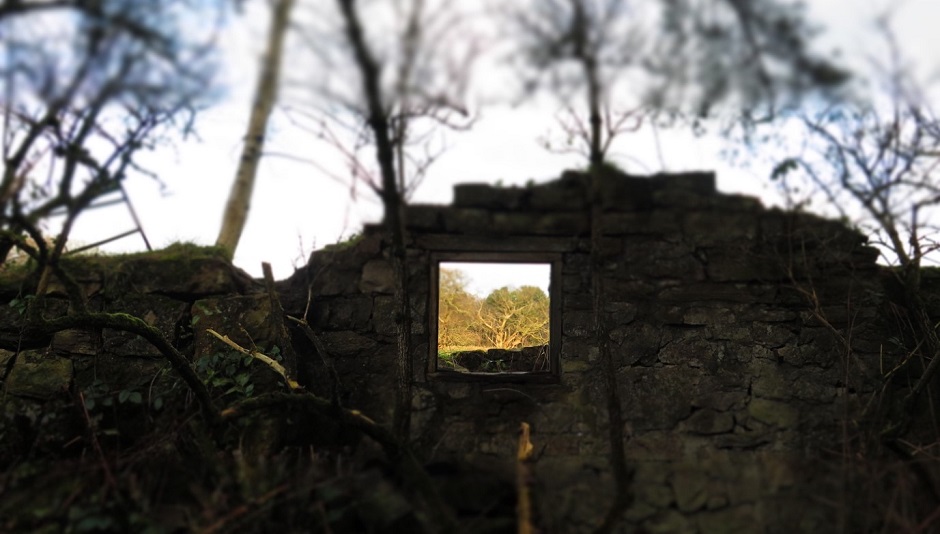 Sitting with my feet in a river in rich yellow sun on a June evening, it’s hard to think of February with any clarity. Looking towards the summer solstice after six weeks of (almost) unremittingly fine weather, the library and my wintery sojourn there seems very far away, almost implausible.

Was it really just over three months ago I was eking out my last hours in the History Room, watching the snow come down slow and thick outside the upper floor windows, and wondering if it would let me leave that day at all?

I asked to spend February in the Library as my residency month for practical reasons that are barely separable from emotional reasons.

I find winter hard. I’m always cold anyway, and the insidious grey damp of a British winter does me no good. As for many people with chronic pain, especially joint pain, small changes in weather can mean huge shifts in symptoms. I’m not against winter for its own sake, but for my body’s sake. It does me ill.

February always seems the worst of it. Winter has been going on for so long by then, and, in the North at least, spring seems just as distant as the previous summer.

It certainly felt that way this year, after a wet, cold autumn that seemed to begin at the end of July.

For years I’ve been saying that I’m going to cancel February, or go away for the whole month to somewhere warm and dry, but it was never possible. It was only something I said to help me get to the end of it, or to not panic about it when it was bearing down. I was thinking of an island with white sands and turquoise waters, but what is a good library but an island of shelter and possibility? In the absence of a grant to send me to Samoa, what could be better than a month nesting in the woody booky eaves of Gladstone’s Library?

As it turned out, Hawarden produced an excellent kind of February, book-ended by snow, though not so much to disrupt travel, with consecutive days of bright, thin sun between.

This was my first residency, and I expected it to be monkish and lonely. It turned out to be quite the reverse, with a steady stream of perfect company. In the afternoons I would walk the local footpaths or the route through the estate, alone or in conversation with another guest, ambles between lunch and dark which grew longer with the lengthening days.

Or, if I was too tired, or in too much pain, or the writing was going too well to leave for that long, I’d just wander around the churchyard for a little while, checking the progress from snowdrops to daffodils, and hoping for a few moments with Graveyard Cat.

I expect I am the first of the Library’s Writers in Residence to travel there via a hospital appointment to take a pint of blood: the treatment for Genetic Haemochromatosis, one of the two genetic conditions I was writing about whilst I was there. In the long run, getting my blood taken makes me feel a bit better, but the short-term side-effects can be quite disruptive. It took me a while to settle down to work comfortably.

I tried not to worry about productivity, and dabbled with smaller projects. I made plans towards a new poetry pamphlet I had been asked to consider publishing with New Walk Press. I flitted around the shelves, spending hours with books that intrigued me. I spent one afternoon and evening making found poems from The Mystery of Pain, a book whose title leapt out at me from the shelf by the entrance to the Annex.

As I moved into my second week, I hit my writing rhythm, but also lost my jeans: on a walk with visiting writer Vanessa Gebbie one fine afternoon I slid down a field still sloshing with sitting melt-water. I’d brought four different pairs of boots with me (snow; walking; knee-high; canvas) but only one pair of jeans, and through a contrivance worthy of a low-level farce, they got locked in the laundry room for almost a week.

I skulked around the Library in my slightly holey exercise pants. I wrote.

One afternoon walking through the woods something I didn’t quite understand rose up, which became peculiarly pivotal to the non-fiction book I’m working on as a Penguin Random House WriteNow Mentee.

I went to Birmingham and back in day from Hawarden’s tiny station for Verve Poetry Festival: a real luxury for a someone used to living a 30 minute drive from a train which now, thanks to Northern Rail, isn’t even running.

Then I was counting down my last days. It got colder. The snow started again, intermittent and ineffectual until the morning I was due to leave, when it began to look serious about its project.

Three months later that poetry pamphlet was launched, as With Invisible Rain. The opening poem is ‘from the Mysteries of Pain’.

It wasn’t what I was intending to come from the residency, nor the bulk of what I spent time working on there, but it is more than just the first poem that would not be there without the Library. It is a book transfixed on rain, not snow, and which is deeply involved with the weather and landscapes of the Lake District, but it also belongs to the History Room, to my favourite corner, to the radiator under my feet, the one lit lamp, and the snow, waiting to fall.