On rhythm by Penny Boxall 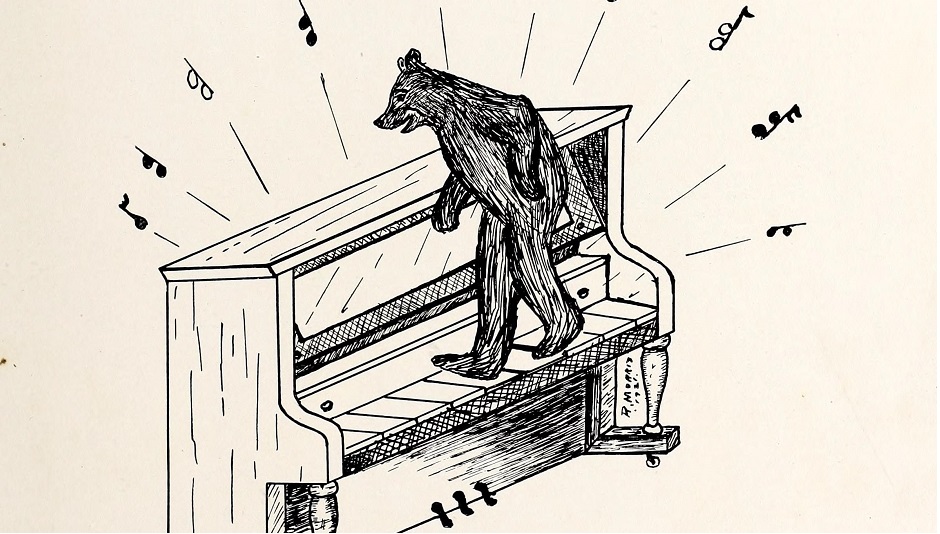 A blitz of a boy is Timothy Winters.’

Struggling with a line of the poem I’m writing, those lines, not-quite-remembered from school, float into my head – that is the rhythm I want, no matter the words. I almost put in the couplet as a placeholder while I work it out, before reflecting that their neatness and rightness – the sad satisfaction of them – will surely kill my own poem. I don’t remember who the poet is, but a quick search tells me it’s Charles Causley (of course), and I read the poem’s heartbreaking conclusion:

‘So come one angel, come on ten:

Oh yes, that was the point. And there’s my own poem dead in the water – there is simply no way I can follow that. I look at his dates – and weirdly enough, today is Causley’s centenary. I thought it was the guests who are supposed to give presents, but Causley, on his birthday, has given me this.

Rhythm, one way and another, has been haunting me a little over the past month. First: a daily rhythm. I quickly establish that my best (or really, any) work is, against my own received wisdom, accomplished first thing. I’d long scoffed at the idea of being creative in the morning, having usually found myself writing late into the night; but here it’s different. Something about waking up and, after a hearty breakfast, getting straight to the library, working up notes from a previous session into something recognizable as a poem rather than vague and embarrassing ‘possible notions’, works every time. I’ve written at least a poem a day – sometimes two or three – during my time here.

After lunch, reading – a contemporary novel (Francis Spufford’s joyously faux-eighteenth-century Golden Hill is what I’m ending with, though I’ve also taken in Sarah Perry’s masterfully evocative The Essex Serpent and Eimear McBride’s blistering A Girl is a Half-formed Thing); a walk round the castle estate; and, bookending dinner, editing. Every three or four days, hopping on the train and gadding about – the North Wales Path along the mountaintops, heather so purple it seems to pulse; or an ice cream in walled, sea-circled Conwy, the local Unesco World Heritage Site (as you do). Establishing this routine has been one of the biggest gifts Gladstone’s Library has given me, and I will take this with me (as I know I mustn’t the library books).

Then: the rhythm of the line. I’ve been obsessing over tripletty rhythms and iambs like never before – working on a long sequence about the Livery Companies of London (there are a lot of them) has somehow required, at the head of the parade, a marching drummer setting the pace. I’ve long been interested in gaps – between self and other, past and present, experience and imagination – and, talking one night with another writer, he wonders where the gaps have gone, if I’m filling them up with rhythm. But they’re still there, I think – they’re just white space.

Next: the rhythm of breath. Ben Crystal, in one of his excellent lectures on the original pronunciation of English (OP) in Shakespeare’s day, points out that iambic pentameter isn’t just the feeling of speech, it’s actually physically fitted to it: a line of iambic pentameter takes one lungful. Asthmatic, I think about breath a lot. Climbing towards Aber Falls on the hot bank holiday weekend, I barely have enough in me for a ‘hello’ to the people coming down the hill. Then, out in the open by Cydgoed, the stiff breeze takes what I have left.

Right now: my last day at this desk, and the rain is hammering down, insisting on having its voice heard, getting its point across. It’s all coming together. In the burst of its noise you can pick out any rhythm you like.