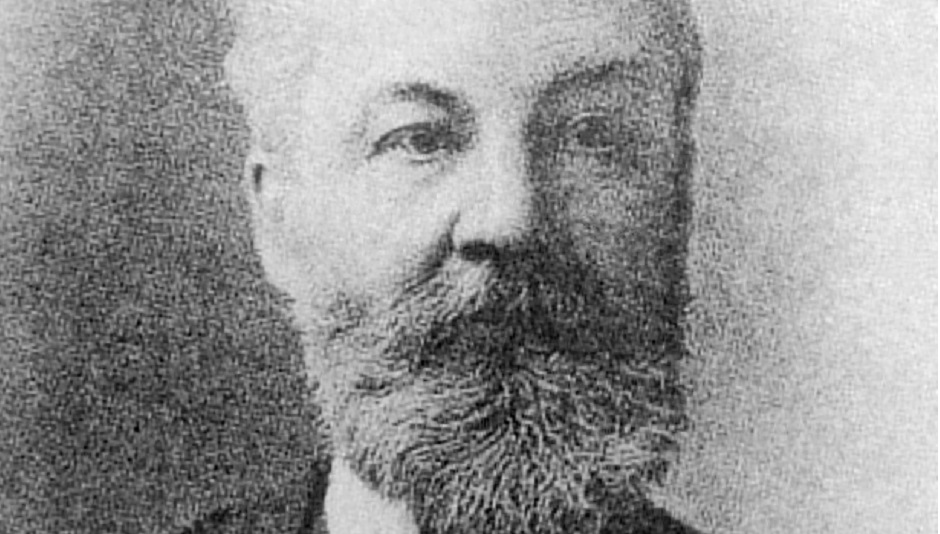 Do you know the man behind the building of Gladstone’s Library? Possibly not. His name is John Douglas and he designed, during his life, more than 500 buildings. One of them was St Deiniol's Library, today known as Gladstone’s Library.

John Douglas was born in Sandiway, Cheshire, on 11th April 1830. After school he worked in his father’s building yard. In the 1840s he started working for the architect E.G. Paley in Lancaster and later he opened his own office in Chester. His first big commission was to build a new construction of the south wing of a building called Vale Royal Abbey. This was the seat of the 2nd Baron of Delamere, Hugh Cholmondeley. The Grosvenor family of Chester was Douglas’s biggest client and they offered him several jobs. All in all, he designed around 40 churches and chapels, many farms, hotels, schools, cheese factories, one hospital and one library.

W.E. Gladstone founded St Deiniol’s Library in 1895, with the aim of creating a place where people could study and use his vast collection of books. He wheeled the 30,000 books he owned from Hawarden Castle to a temporary library, which was set up on the same ground as the current library building, affectionately known as the ‘Tin Tabernacle’. Gladstone died in 1898, leaving around £40,000. After his death further money was raised and it was agreed between the trustees and the Gladstone National Memorial Committee, that a library should be built. John Douglas constructed Gladstone’s Library between 1898 and 1908 - building work began in 1899. The first sod was cut by Mrs. Catherine Gladstone and the foundation stone was laid by the Duke of Westminster. Douglas and his team finished the Reading Rooms in 1902, the residential wing in 1906 and the whole building in 1908. The hostel was to provide bedrooms for students, visitors and staff. The building is of an E-plan. The left and the middle part of the building are older than the right part and it is made of red sandstone and green slate. 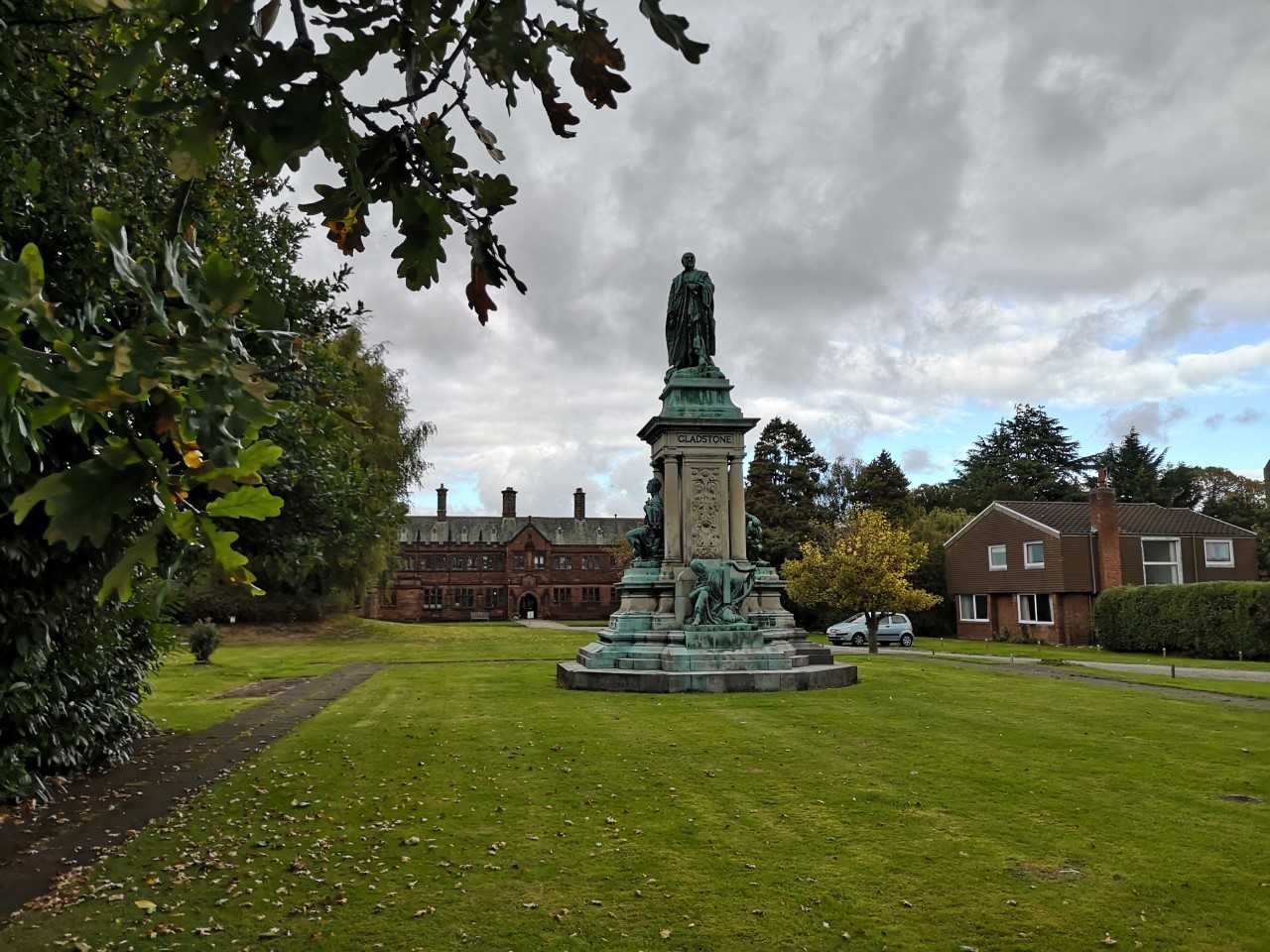 Today, you will find the library in the left wing of the building; the bedrooms, offices and reception in the middle section; and in the right wing the common room, the eatery and the chapel. Although the building looks from the outside very symmetric, it’s not, when you look at the details. There are for example, two staircases to the second floor, which aren’t symmetric at all. A later addition to Gladstone’s Library was the House of Wisdom, a room which was built for the 200th anniversary of W.E. Gladstone’s death, in 2009, and is filled with books on the Islamic religion. This room has the intention of encouraging dialogue between Islam and Christianity. 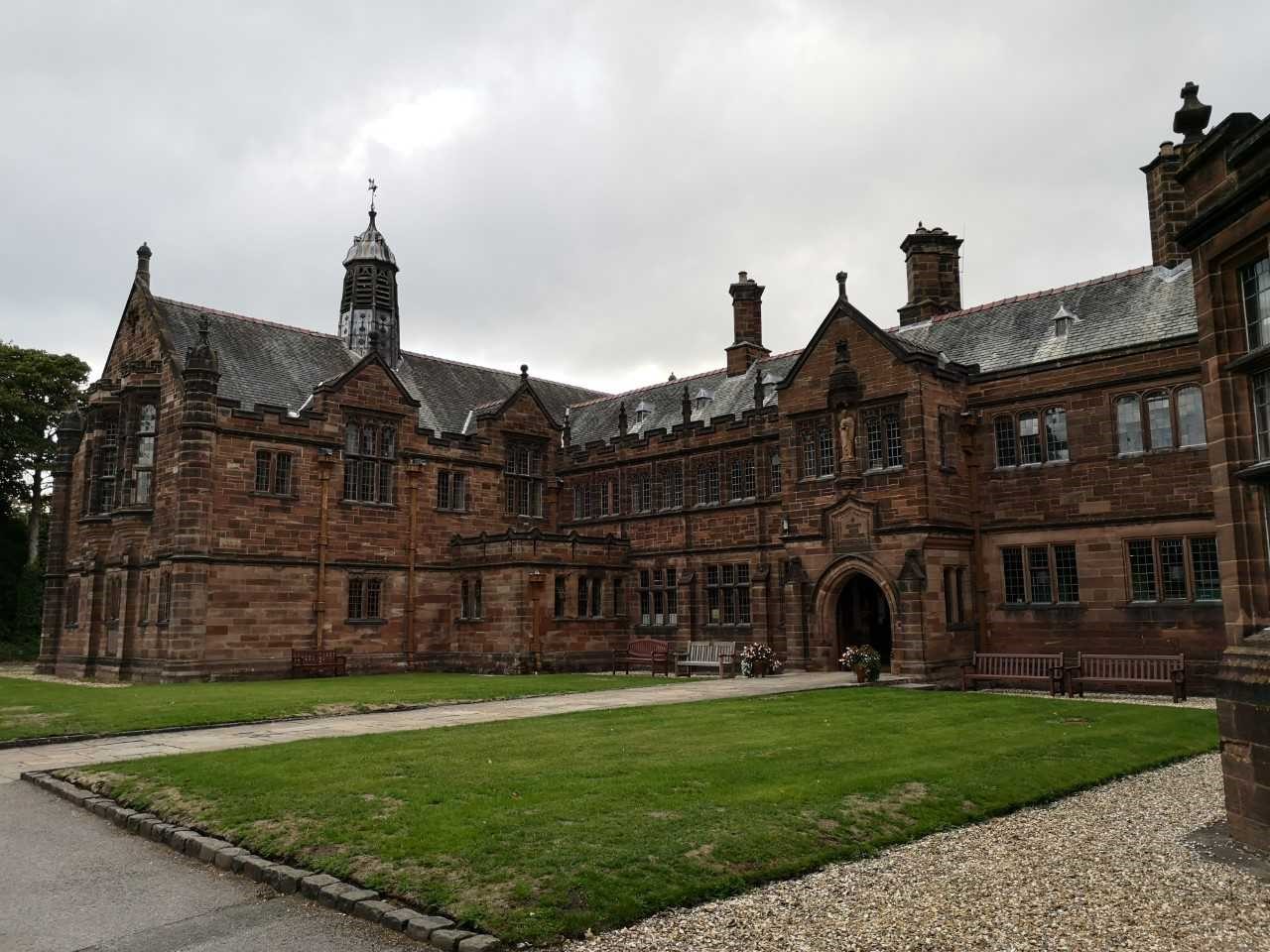 Douglas also designed in Hawarden two more things: a strong room in 1887-88 for the storage of W.E. Gladstone’s papers and a veranda in 1890 for Hawarden Castle.

Douglas was married to Elizabeth Edmunds and they had five children. Only two of them experienced adulthood and Elizabeth died of laryngitis in 1878. Afterwards Douglas lived alone in Walmoor Hill, a house he built for himself. He died on 23rd  May 1911, aged 81.

If you want to find out more about John Douglas and his life, I can recommend the book The Work of John Douglas by Edward Hubbard. We have two editions of this book in the library and you can find them under the shelf marks V 51 D/2 and V 51 D/1 in the Annex.