Gladstone, two books and a film for Christmas | Gladstone's Library

Gladstone, two books and a film for Christmas 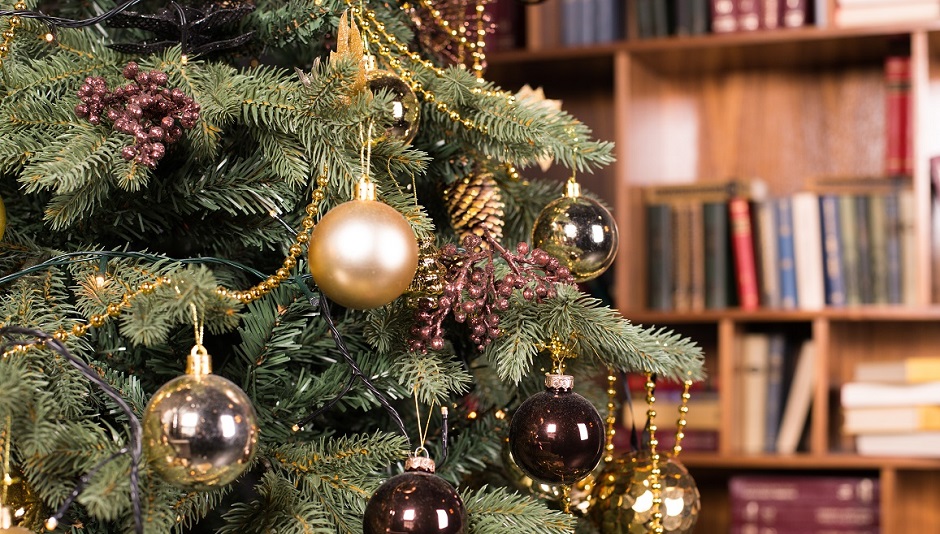 This is my Christmas…I was going to say ‘letter’, but I guess it is more of a homily. Hey-ho!  I don’t get to preach often these days but this is what I feel 'compelled' to write. My text, if you can call it that, comes from Naomi Alderman, now a much lauded and fully established novelist, who was our first Writer in Residence in 2012. She wrote for us this short piece about the widening circle of us:

When Gladstone was born, his father made money from the slave-trade, and the circle of "real human beings" extended no further than adult Christian white men with property. Slowly we've moved that circle outward, expanding it liberally. Not just men with property, but all men. Not just white men but black men. Not just men but women. Not just Christians but also all faiths and none. Not just able-bodied, but also those who are disabled. Not just straight but also gay. Not just cis-gendered but also transgendered. That is what it means to be liberal. To open up the doors of power and influence. To make sure that we invite people in, because we know that our humanity is damaged when we start seeing other people as less-than-people.

Gladstone was, by the end of his life, a key part of that process of widening the circle of us. Gladstone wanted the British to consider ‘the sanctity of life’ of every human life at home and abroad ‘as inviolable in the eyes of almighty God’ as our own. There were no exceptions of race, class or national boundaries: ‘All human beings have the same claims upon our support. The ground on which we stand here is not British or European, but it is human. Nothing narrower than humanity could pretend for a moment justly to represent it.’

His orbit of concern by the end of his life embraced all faiths and all oppressed peoples. The impoverished Jews in London’s East End summed it up well by writing at the end of Gladstone’s life that he possessed a ‘large heart which beat warmly for the oppressed in any country.’

I had always taken it for granted that the circle would continue to widen as it has done throughout my life. That widening asked us for a liberality of welcome, an open-handed spirit of inclusion, that embraced all people regardless of race, class, gender or sexuality. Of late, in this country, the US and parts of Europe there has been the start of a constriction of the circle of us. The widening can no longer be taken for granted.

Gladstone’s Library tries to be true its founder by being open and inclusive and to be part of the widening circle. Thankfully we are able to give space to those who think carefully and critically about the world, its threats of contraction and exclusion, who through their writing and speaking alert us to the dangers. The poet, Ian Parks, another of our 2012 Writers in Residence, muses on Gladstone and his penchant for cutting down trees and his longing to take up Gladstone’s axe that is on display safely behind glass in the Library:

I want to break the intervening glass,
remove it from its velvet case,
grip it tightly with both hands
and without reverence or restraint
go out into the world
and do some felling of my own.

We are drawn to the Library out of a desire to uphold those inclusive liberal values. We spend time in the Library pondering those values and how to uphold and protect them.

This past year I have been especially proud of two books from former Writers in Residence at the Library, Sarah Perry and Melissa Harrison. Sarah Perry’s Melmoth is a magnificent book born, I believe, out of a belief that we must be witnesses to atrocities. The woman Melmoth, in Sarah’s novel, is a witness to the crucifixion of Christ but someone who denied it and so is condemned to wander the earth witnessing the world’s horrors and atrocities. I sense that it is for Sarah a book about the duty of a novelist to bear witness to keep her eyes open to what is happening in the world.  It is a gripping and important book.

Equally important is Melissa Harrison’s novel All Among the Barley. Like all of Melissa’s writing the rhythms of the English countryside are beautifully observed. Although set in 1930s it is also about today: the allure of fascism and the extreme right in the guise of serenading and defending the rhythms and rituals of British country life.

I am going to give multiple copies of both these novels as Christmas presents this year. You could also give yourself a treat and watch the brilliant film of Naomi Alderman’s Disobedience which, like Sarah and Melissa’s books, is also truthful, observant and full of humanity.

Happy Christmas and thank you for all your support throughout the past year. Christmas is not only about hope and joy but also about the thwarting of the Herods of this world.

Merry Christmas and happy thwarting in 2019!