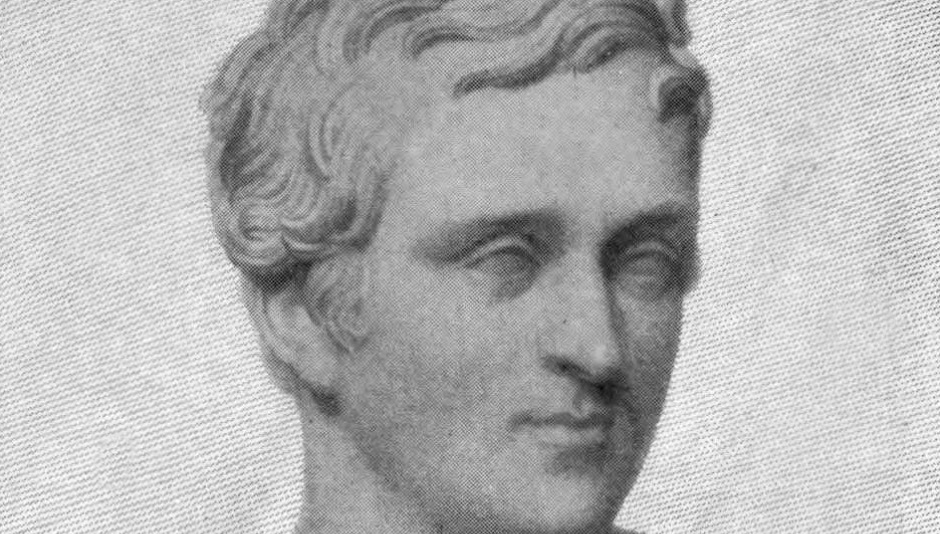 Following Sarah Perry’s Gladstone Lecture on the subject of Gladstone, Hallam & Tennyson and the Idea of Friendship back in November, Intern Carla Manfredino ruminates on the close alliances between the three…

At Hawarden Castle last month, Sarah Perry spoke of the disintegration of friendships; friendships where the sole requisite is that the other be exactly who they are with no excuses or pretensions. These kinds of friendships are rare, and they come with their fair share of trouble, as with any genuine relationship.

William Gladstone owned an original copy of Arthur Hallam’s Remains in Verse and Prose (1869), which can be found complete with his own handwritten annotations in the Annex here at Gladstone’s Library. Remains is a selection of work by and about Hallam. The preface is written by his father, Henry Hallam, and details the young writer’s life, influences (including Fletcher) and formative experiences such as travelling abroad. Although there was two years between them, Hallam and Gladstone were inseparable at Eton where they were educated. Forced apart one summer for vacation, Hallam wrote a poem about missing his friend Gladstone. There is an eerie, premonitory ending to it; as though Hallam had predicted his own fate:

‘There is another world: and some have deemed

It is a world of music, and of light,

And human voices, and delightful forms,

Where the material shall no more be cursed

By dominance of evil, but become

A beauteous evolution of pure spirit,

Opposite, but not warring, rather yielding

New grace, and evidence of liberty.

Oh may we recognise each other there,

My bosom friend! May we cleave to each other

And love once more together! Pray for me,

That such may be the glory of our end.’

Gladstone wrote that he had often noticed ‘a deep rosy flush upon his cheeks reaching to the eyes [a sign of Hallam’s] coming doom’. Or perhaps this observation regards his occasional audacity; James Gaskell, Sir Francis, Gerald Wellesley, George Selwyn, Gladstone and Hallam formed a ‘Debating Society’ (which apparently still exists) and it is reported that Hallam was expelled from the room during one heated debate for throwing orange peel at the future prime minister.

Like Gladstone, Hallam was fluent in Italian and wrote and read in the language. He left Eton in 1827 to go travelling with his family. It is due to this ‘interruption’ in his education that Gladstone said the young Hallam’s chance of becoming an eminent scholar was thwarted.

In 1828 Hallam enrolled at Cambridge, the same time as Alfred Tennyson, and both were part of a group nicknamed the ‘Apostles’. The group studied moral philosophy and contemporary literature in each other’s bedrooms. Hallam had a mature, acute, religious mind. An example of his perspicacity can be found in his Cambridge papers:

‘That fatal mistake which has embarrassed the philosophy of mind with infinite confusion, the mistake of setting value on a thing’s origin rather than on its character, of assuming that composite must be less excellent than simple, has not been slow to extend its deleterious influence over practical religion.’

The ‘Apostles’ took a trip to the Pyrenees with money and supplies for Torrijos in 1830; the leader in a democratic insurrection who revolted against Ferdinand of Spain. Tennyson’s ‘In the Valley of Cauterez’ was written about this experience. In a letter to Gladstone, Hallam wrote, ‘I consider Tennyson as promising fair to be the greatest poet of our generation. Perhaps of our century’. He also said elsewhere of Tennyson’s work, ‘the elevated habits of thought implied in these compositions and imparting mellow soberness of tone more impressive to our minds than if the author had drawn up a set of opinions in verse and thought to instruct the understanding rather than to communicate the love of beauty to the heart’. Tennyson won the Chancellor’s Medal Prize in 1829 with the poem ‘Timbuctoo’, over Hallam’s poem of the same title (which can be found in Remains and is discussed by his father in the Preface). However, Hallam did win the First College Prize in 1831, for a declamation on the conduct of the Independent Party during the Civil War. His speech ‘The Influence of Italian upon English literature’ is also included in Remains.

A year later, Hallam left Cambridge for London and got engaged to Tennyson’s sister, Emily. In August of 1833 he went travelling with his father to Germany and Austria. On 15th September Mr Hallam returned to the apartment after a walk to find his son asleep on the sofa. It was only after a while he realised that Arthur wasn’t breathing. He was 22 years old. 60 years later Gladstone wrote of his dear friend who died so young, ‘He resembled a passing emanation from some other and less darkly checkered world’.