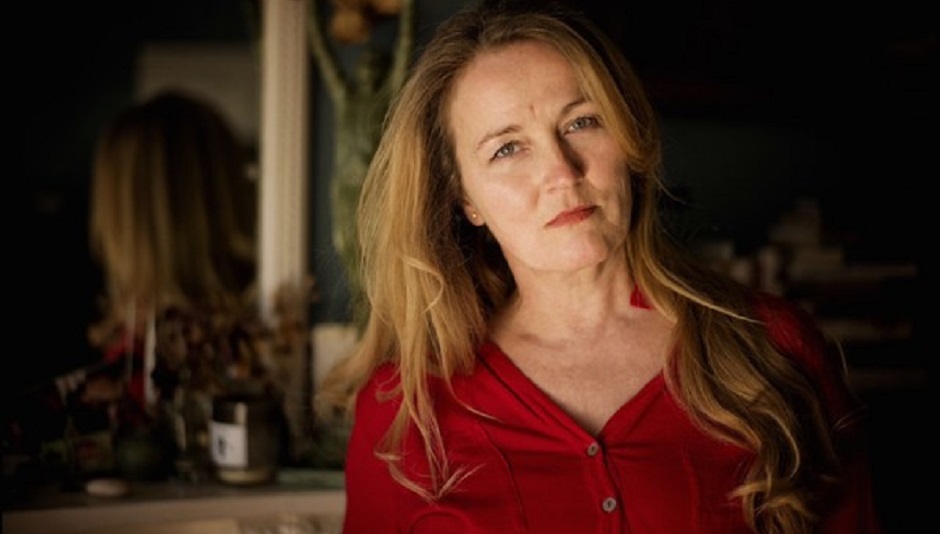 Louisa Young was born in London and educated there and at Cambridge University. She was a freelance journalist for many years, including for the Guardian, Marie-Claire and the motorcycle magazine, Bike. An interview with Johnny Cash led to the realisation that she couldn’t be a journalist any more, and she moved into fiction, biography, history, and recently, songwriting. Her first book was a biography of her grandmother Kathleen Scott, sculptor and widow of Captain Scott of the Antarctic, who lived in the house where Peter Pan was written, and in which Louisa grew up with five siblings and six cousins.

Louisa joins us at Gladfest on Saturday, 2nd September to talk about Writing the Recent Past and her latest novel, Devotion.

Before the festival, we spoke to Louisa to find out what to expect…

Devotion is the title of your latest novel. Where did the initial idea and inspiration come from?

No novel is made from one idea. This novel grew from historical facts and the existence of fascist Jews was a the main one. From this side of the Second World War we are so surprised to imagine that Jewish people could ever be fascists, but at the time it made as much sense as anyone else being fascist. Italy was in a perilous position, and Mussolini’s charismatic fascism looked like safety to a country which had only existed for 50 years, had just lost a war, was fraught with poverty, fear and disappointment, and could see the Russian Revolution going on not that far away. People who feel hard done by often do like a shouty man who claims to have simple answers to complex problems; the tragedy comes when they realise that he is no answer at all, but a great big new problem. So it is to do with peeling away layers of historical hindsight, and putting yourself in the place of people at that time.

Inspiration is a state of mind — you have to cultivate it, to be aware when interesting things display themselves before you.

How much did you know already about this period in history and how much research did you have to do?

Plenty — in that I studied it at university and live part of the time in Italy, and a Roman friend introduced me to the history the Jews of Rome, because there was a hiding-place used by Jews during the war in his flat, although the flat was in a building belonging to a prominent fascist family. And plenty, in that there is always so much more learn. Ideas come out of knowledge — you can’t find a story out of the blue. You don't know what you're looking for until you find it, so you need to have your eyes open as much of the time as possible.

Typically, how long do you spend researching before picking up a pen to write?
It doesn’t work like that for me. Writing notes is something I do every day, like most writers. I have the seeds of many possible books swilling about at any one time. One thing leads to another; things sprout, things fade. The research / writing relationship is constant.

The book tackles some very difficult subject matter. What was the hardest thing in writing it?

I have no idea. Writing isn’t hard for me. It’s work, but it’s not difficult or painful. My fictional characters suffer quite a lot, but writing that doesn’t hurt the way real people suffering does.

You’ve always been a writer but you started out as a journalist. What prompted the transition and how different is your working life now?

Most journalism, with some honourable exceptions, is short and comparatively facile. Books give you more time and space to investigate complex issues, so they appeal more as one gets older.

Is there anything you miss about your days as a journalist?

Being young and still immortal. Free travel. The extraordinary situations you find yourself in: on Johnny Cash’s sofa, in a salt-miner’s tent in the middle of the Great Rann of Kutch, at church in New Jersey with a gang of born-again Christian bikers. But life carries on throwing stuff at you.

I write for whoever wants to read me. Prescribing books for one stage of life or another doesn’t mean much to me. It’s publishers and booksellers who need to know what shelf to put things on; luckily I don't have to think about it. I just tell stories.

What are you working on at the moment?

I’m editing my next book, which is a memoir about alcoholism, in particular about being in love with an addict. Many many people are in this situation, and it’s not much talked about. As a result, there’s a lot of people living very isolated in their emotional reality. I’d like to cast a few shards of light into that.

Have you looked at the Gladfest lineup – are there any authors you are particularly looking forward to seeing or meeting?

All of them! It looks like a very interesting weekend.

Louisa Young is at Gladfest talking about Writing the Recent Past on Saturday, 2nd September 4pm – 5pm. Tickets are priced at £7 each.