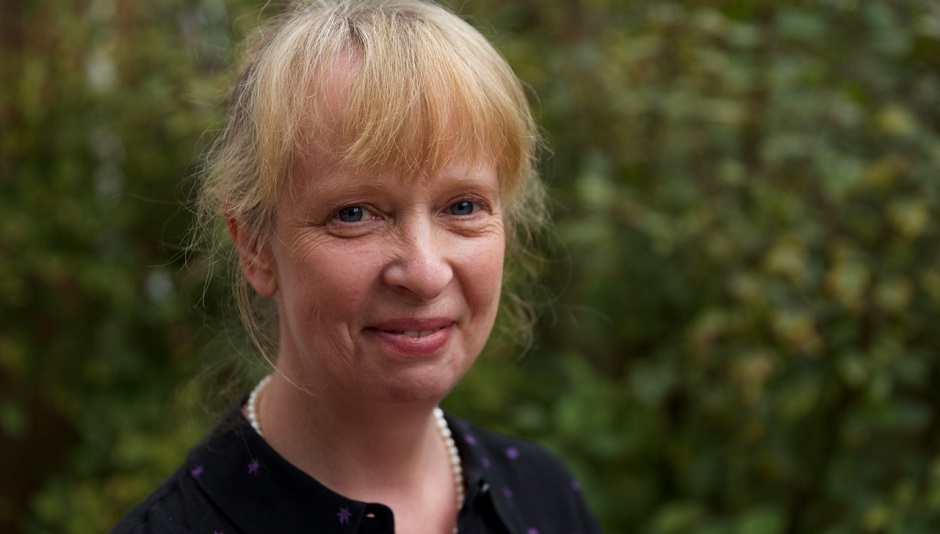 Kate Hamer grew up in Pembrokeshire and, after studying art, worked in television for over 10 years, mainly on documentaries. Her debut novel, The Girl in the Red Coat, was published by Faber & Faber in February 2015 and has sold in eight other territories. Kate won the Rhys Davies short story prize in 2011 and the story One Summer was broadcast on BBC Radio 4. She has also had work published in short story anthologies such as A Fiction Map of Wales and Seren’s New Welsh Short Stories. She lives in Cardiff with her husband.

After speaking at Hearth festival in November 2015, Kate returns to Gladstone's Library for Gladfest (1st – 3rd September) to talk about her new book, The Doll Funeral.

Before the festival, we spoke to Kate to find out what to expect…

Hi Kate, thanks for talking to us! You told us that Gladstone’s Library played an important part in The Doll Funeral’s journey. Can you tell us why?

In 2015 I was invited to take part in Gladstone Library’s Hearth festival. It was a wonderful weekend – Halloween - and there were crackling fires, carved pumpkins and glasses of wine. I more or less had the first draft of my second novel, The Doll Funeral, but itching away at my consciousness was the impression that there was something wrong with it that I couldn’t quite identify. I went to the talks of all the writers, Cynan Jones, Gee Williams, Abbie Ross and listened avidly and one thing began to emerge more and more – how much of writing was a question of structure. That was it, I knew in a flash, there was something wrong in those ‘tent poles’ of the story, they were more like spillikins! When I got home I took a deep breath, started a brand new clean document and began again. I didn’t write the whole thing over again but it was akin to bulldozing a house and using the materials to construct a new one. I’m so glad I was invited to Hearth. It came at just the right time for me to assess that all important first draft.

The Doll Funeral tackles some dark subjects: kidnapping, loss, and isolation to name a few. Why did you choose to weave these subjects in?

My Twitter handle says, ‘I’m mostly really happy but I write dark.’ It’s true, I’m naturally drawn to dark subjects as a reader and a writer, but these are the subjects where there is inherent drama. If I wrote about my own life it might be a little lighter but also extremely dull!

Both The Doll Funeral and your first novel, The Girl in the Red Coat, have been likened to the sinister tales written by the Brothers Grimm. Would you say that fairytales have influenced your work?

Absolutely. I still have the edition of Grimms’ Fairy Tales I read as a child. It’s some ancient Victorian copy and it really doesn’t spare the child. These stories are chock full of murder, betrayal, jealousy, lust, love, they are as far from the sugary Disney versions as you can imagine. I think it laid some kind of framework for me very early on. Now, the most accurate way of describing by work is ‘modern fairy stories.’

Have there been any other major influences on your work?

So many. Very early on the language of the Bible held me. I have the idea that every single book I read changes me somehow – some a little, some a great deal. The writers that have changed me a great deal are ones such Ian McEwan, Hilary Mantel, Graham Greene; ones that write about humanity in a sympathetic but clear eyed way. One writer I really admire – Helen Dunmore – sadly died this year. Her writing is amazing and I would urge anyone to look up her final poem. It’s extraordinary.

Will you keep within the thriller / psychological genre when you come to write your next book?

Most definitely. It’s a genre I feel very comfortable in, although having said that it is extremely broad and I wouldn’t say my books are conventional crime / thrillers. I think it’s the opportunity to explore characters that are under duress or operate at the margins that intrigues me.

What do you hope people will take away from your talk?

I’ll be talking about forests, fairytales, spooky films and how writing is ultimately getting up and doing it again every single day, trying to translate that story you have in your head onto the page. I hope to inspire people who are writing themselves and touch on the alchemy that I believe happens when I connect as a reader to books.

What are you hoping to take away from Gladfest?

Listening to other writers, meeting readers and having long fireside chats about books with everyone there.

Have you looked at the rest of the Gladfest lineup – is there anybody you’re particularly looking forward to seeing?

Oooh – so much, it’s hard to pick but I loved both books from Joanna Cannon (The Trouble with Goats and Sheep) and Sarah Perry (The Essex Serpent). I always regret not doing an English degree and always feel like I’m catching up with Shakespeare so I’m looking forward to Mike Scott’s talk on the ‘real’ Shakespeare. I’m also very intrigued by Rebecca Farmer’s poetry. Ghosts who own fridges and choose their mattresses with care – I can’t wait!

Kate Hamer is at Gladfest 2017 talking The Doll Funeral on Saturday, 2nd September at 1pm. Tickets are priced at £7 each.