Founder's Day 2015: Discussing Religion and the Pursuit of Divine Learning

Founder's Day 2015: Discussing Religion and the Pursuit of Divine Learning 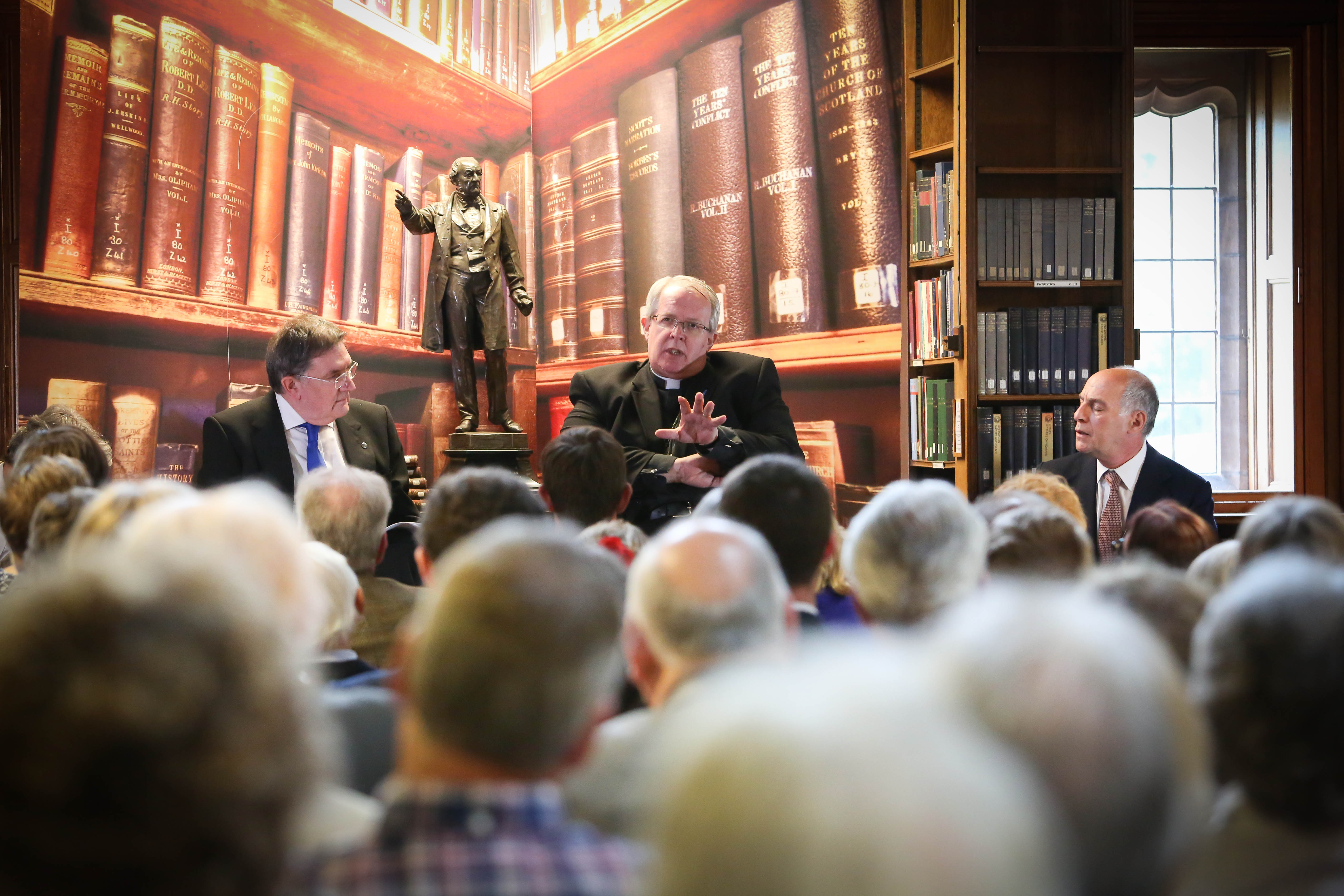 The annual Founder’s Day event at Gladstone’s Library has been titled What William Did Next, but it is nothing - Peter Francis, Warden of the library – hastens to add, about what Gladstone actually did after his fourth Prime Ministerial stint in 1894. It is instead focused on how the library carries on the ‘Gladstonian Legacy’ in all things it continues to do. Peter starts with the announcement of a new project which will enable the library to fully embrace the issues and values that were so important to its namesake.

The Chair of Trustees, Michael Wheeler, introduces this project as Gladstone’s Living Heritage - a scheme which will not only, as the booklet given to all audience member states, ‘continue to develop the program of events and collection in a way that reflects Gladstone’s core interests’, but will provide a great number of other improvements such as an exhibition presenting the history of William Gladstone, new visitor facilities like improving the car park, workspaces and reception area, the building of a new Forum and an auditorium to seat around 80 spectators.

Loyd Grossman, television personality and journalist then takes to the stage to begin asking the panel of experts questions about how the library is ensuring the legacy is continued. Gregory Cameron, Bishop of St Asaph, and Peter Francis are invited to the stage to discuss the first aspect of the day, religion.

When the library first opened, it was dedicated in use to the pursuit of divine learning, owing to William Gladstone’s own fascination with religion and theology. Lloyd Grossman poses the question as to how central the pursuit of the divine is within the library today.

Cameron speaks of a recognition of the persistence and importance of Gladstone’s spiritual quest for humanity. He says that Gladstone also recognised that spirituality and religion can sometimes go terribly wrong in the world and that it needs scholarship and learning and reflection - something which takes up so much media attention nowadays and can often lead to a misrepresentation of religion.

“And this library is for me”, says the Bishop, “an answer to that need, to provide scholarship and space where the whole breadth of humanity’s spiritual quest can be undertaken.” He talks about the library being a precious space as it is recognised as a place where each reader can grow in spiritual understanding.

Gregory goes on to talk about the library, saying that although it has a core tradition in Christianity and the Eucharist, it does not provide an answer to faith. It instead offers an invitation into exploration which is without fences and without limits and allows those to follow where they are believed they are led.

On a personal note, what Gregory said really resonated with me. After studying Religion for an A Level course, I’ve studied and met many scholars and knowledgeable people who belong to the Christian Church. Many of these people are so passionate about their faith, it almost turns evangelical, which immediately turns off young people’s imagination and therefore discourages them from learning about faith because they are being told what is, and what is not, the truth. Gladstone’s Library is a place where anyone, young and old alike can enter with questions about religion and use the almost infinite resources such as the Islamic Reading Room, Theology Room and Annex, and the people who work and study there to come up with your own conclusions about faith, and as Gregory Cameron says allows those to follow where they believe to be led, or else retire that train of questioning and investigate into something different.