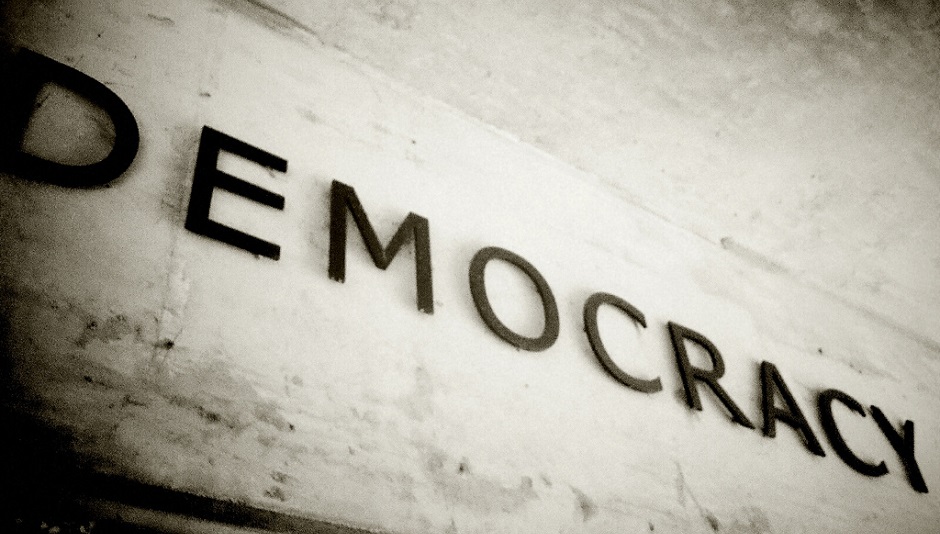 Staring at me from the desk in my bedroom at Gladstone’s Library during my recent residency was a postcard inscribed with a bit of the namesake’s wisdom:

In the wake of recent elections in which ‘the people’ chose Donald Trump to be President of the United States, Great Britain to leave the European Union, and Jeremy Corbyn to serve as leader of the Labour Party, I must admit that my political outlook had been tipping more in the conservative direction. After the June 8th General Election, which transpired two days after my arrival at Hawarden, I filed a dispatch for the Los Angeles Times entitled, ‘The British Election is a Reminder of the Perils of Too Much Democracy’.

In times like these, it is becoming increasingly hard to trust ‘the people.’ Survey research across the democratic world (and the experience of places like Hungary and Poland) is upsetting one of the foundational convictions about liberal democracy: that once a country becomes liberal and democratic, it cannot eventually regress to a more authoritarian form of government. By empowering demagogues who run roughshod over independent institutions and democratic norms, people can vote themselves out of liberal democracy. As expected, the response to my column from the Twittersphere (that most impulsive and crude manifestation of ‘popular’ opinion) was swift and denunciatory. Yet my critics misunderstood the important qualifier offered by ‘liberal’ in the concept of ‘liberal democracy’.

Writing of the East German government’s violent response to the 1953 workers’ uprising, the playwright Bertolt Brecht satirized elite contempt for the masses in his poem, Die Lösung (The Solution):

Would it not be easier
In that case

for the government
To dissolve the people
And elect another?

Of course, those of us unhappy with political trends on either side of the Atlantic cannot ‘dissolve the people’. Nor should we ever want to. What we must do is have faith in our fellow citizens and make a better case against the siren calls of illiberal populists. And liberal democracy still provides the best tools for doing so. Buffeted by populist forces on both shores of the Anglo-American world, I found my fortnight at Gladstone’s Library to be the perfect antidote to my beleaguered faith in liberal democracy. William Gladstone’s imperishable words remain with me on my desk in Washington, D.C.