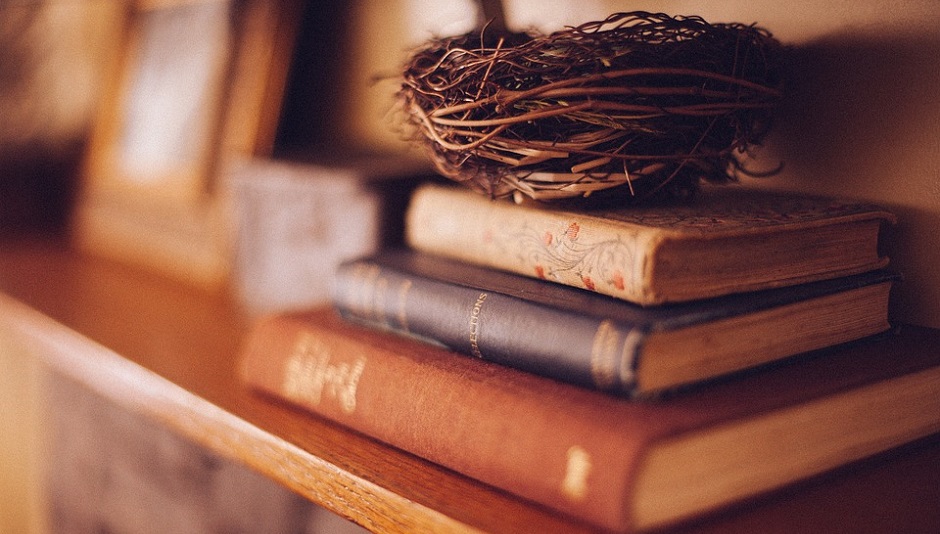 Gifting the perfect book to a person is one of the great joys of life; creating a perfect partnership which you can just feel in your bones will last.

With that in mind and as a little Christmas treat, the Gladstone's Library team have gathered together some of our books of the year and reading recommends perfect for stockings. If you are still looking for that perfect gift for someone special, we hope you can find inspiration within this guide!

Shamefully I haven’t read very many new releases this year – I’ve been too busy reading everything else! But one collection I read that I was really excited about was Attrib. and Other Stories by Eley Williams (Influx, 2017). I don’t read short fiction enough; Williams’s poetic, start-stop, flickering prose is a reminder of why I should read much more in 2018.

One thing I am DESPERATE to have in my stocking is Emily Wilson’s translation of The Odyssey. It’s the first translation of Homer’s text by a woman – ever! The first lines have been released ahead of publication and they are stirring, vigorous, and wonderful to read:

‘tell me about a complicated man. / Muse, tell me how he wandered and was lost / when he had wrecked the holy town of Troy, / and where he went, and who he met, the pain / he suffered in the storms at sea, and how / he worked to save his life and bring his men / back home.’

My book of the year is The Seabird's Cry by Adam Nicolson (Harper Collins, £16.99). In a series of essays on the birds of the ocean, Nicolson writes the book he has clearly spent his life preparing for. Informed as much by poetry as by science, almost every line of this book sings with beauty and fills one with wonder. There is so much to learn from this book - not only about the birds themselves (did you know that the Shearwater has a 'smell map of the ocean' in its memory?), but about the human relationship with them - and how much of the way we live our lives impacts awfully on theirs.

There are two books I'd love to receive this Christmas, both also on wonderment and the world. I loved The Book of Barely Imagined Beings so am looking forward to getting lost in Casper Henderson's A New Map of Wonders (Granta, £20). I'm also very excited to read My House of Sky, the first biography of J.A. Baker, author of The Peregrine, by Hetty Saunders (Little Toller, £20). Almost nothing was known of his life until relatively recently, so this will be a true Christmas treat for all bird-lovers like me.

I would recommend three very short books as stocking fillers this year:

The first is a book that Sarah Perry recommended to me on her recent visit to the Library, Reunion by Fred Uhlman. It is wonderful evocation of a childhood friendship on the brink of the Second World War. It is wise and sad and tells the reader more in 80 pages about living under the emergence of Nazi power than a battalion of histories.

The second, again came to me through a recommendation by a friend, John Gardner. It is Gratitude by Oliver Sacks. This too is a very short book, a mere 45 pages, written just before he died in 2015. Hugely uplifting and life-affirming as he approaches his own death full of gratitude for his own life and loves.

The third is Mary Beard’s two lectures contained in Women & Power. She calls the book a ‘manifesto’, and so it is. She cites examples from classical times onwards and reflects on the present including incidents from her own life. She demands a change to our cultural assumptions of the male template of power. Witty, powerful and irrefutable.

Beautiful editions of all three of these books are currently available.

My book of the year (and this is cheating because it was a 2016 release but I only got round to reading it a few months ago!) is undoubtedly Tim Book Two: Vinyl Adventures from Istanbul to San Francisco by Tim Burgess of The Charlatans. It’s a journey of the world one record shop at a time; a journey directed by a cast of characters including Iggy Pop, Johnny Marr and David Lynch and their favourite records. It brings to life the stories of the records, the quest for ownership of them and the people and raconteurs who sell them and is a great read for fans of music and travel alike.

Two books that I’d be delighted to find in my stocking this year are Meetings with Remarkable Manuscripts by Christopher De Hamel and The Lost Words by Robert Macfarlane and Jackie Morris; both spellbindingly beautiful works, the first a face to face meeting with twelve of the most famous medieval manuscripts in existence and the latter celebrating the relationship between language and the living world.

Two books that I was not able to put down this year were Shadow on the Crown by Patricia Bracewell and The Fire Sermon by Francesca Haig. Both books are definitely at the top of my ‘books of 2017 list’, and I would love to get the second book of the trilogy by Patricia Bracewell in my stocking as I want to know how the story of Emma continues!

I really need to keep a list of books I’ve read – my memory is shocking! However, I know that I read Rebecca by Daphne du Maurier earlier this year, having been inspired by seeing the film and then reading My Cousin Rachel.

For my stocking filler, I’d like The Boy with the Topknot by Sathnam Sanghera which was recently shown on the BBC (Sathnam was one of our very first Writers in Residence judges!).

The book I'm most looking forward to in 2018 is the new translation of the Odyssey by Emily Wilson, who is the first woman to translate it into English; she has used words that have a Latin root rather than just Greek which is exciting (if you're a nerd like me).

My favourite book that I read this year was The Goldfinch. Very Dickensian in a modern way...I thought it was really well written and put together.

I’m trying to make more use of my public library and not buy as many books, which is a bit of a challenge!

I’m currently reading Being Mortal: Medicine and What Matters in the End (Atul Gawande) after seeing it on the New Accessions shelf in the Reading Rooms. I’ve only just started it but I’m really enjoying the issues it covers, especially our obsession with living as long as possible!

I’m looking for inspiration for my next book, but the one that I’d have no problem recommending is The Life Changing Art of Tidying (Marie Kondo). I think I’ve bought about four copies so far which have been loaned to friends and family with no sign of them being returned. It may feel a little extreme initially but if you want a change of perspective on ‘stuff’ this is definitely the book for you.

Gladstone’s Library closes its doors for Christmas at 5pm on Monday, 18th December. The Library, Reading Rooms and Food for Thought open again at 12 noon on Wednesday, 3rd January. We look forward to welcoming you back early in the New Year.