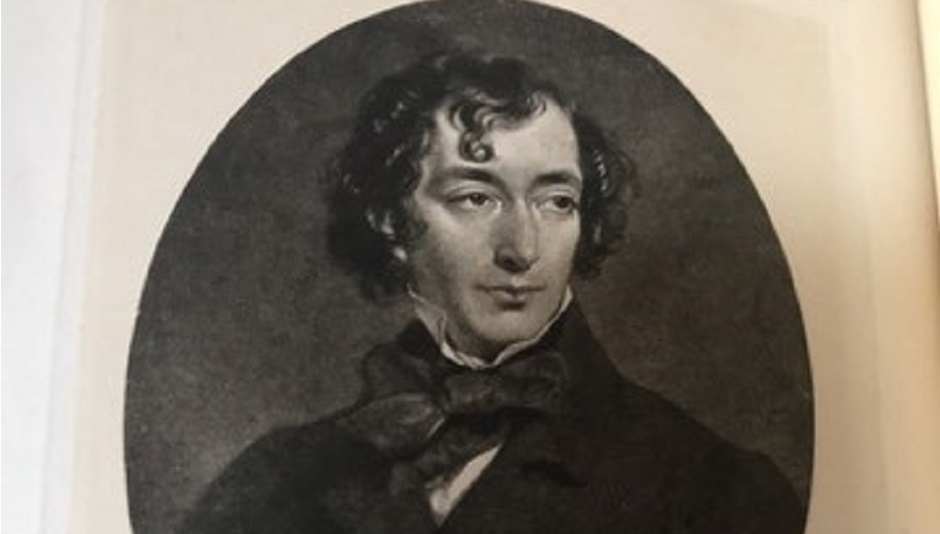 Before I carry on, I do need to point out that I work at Gladstone’s Library, and so my colours are firmly Gladstonian. Nevertheless, a good historian will never just 'sit on the fence' when it comes to historical matters (as my professor used to tell me) and so therefore, backed up with research, I will share my reasoning for my conclusions.

Born in 1804 to Italian-Jewish parents, Benjamin Disraeli pursued a number of different business ventures in his early career. However, these all failed which left him in debt. Disraeli decided to write books to relieve his debts, but when this did not amount to much he suffered a breakdown. Four years after this, Disraeli embarked on a political career, made possible only because his father baptised his children as Christians in 1817. Jews were excluded from Parliament until 1858. Disraeli became the elected Tory candidate for Maidstone establishing himself as an accomplished public speaker. Following Robert Peel, Disraeli held a cabinet position in 1841 and served under Derby as Chancellor of the Exchequer in 1852. Finally, in 1868, he became Prime Minister. Disraeli concentrated on social reform such as the laws on public health, prevention of labour exploitation and trade unions. This was just the beginning of many years of mutual hatred between Gladstone and Disraeli.

It is fair to say the feud between Disraeli and Gladstone grew ever-stronger during the 19th Century (the equivalent of when Robbie Williams left Take That in the 90’s!). The two came from very different social backgrounds. Gladstone was well educated, a student at Eton and Christ Church, Oxford. Disraeli was educated at obscure schools, originally setting out to be solicitor but eventually dropping his studies in pursuit of a career as a novelist.

Their differences did not end at their social backgrounds however. The two differed in many ways in their political views (Gladstone being the leader of the Liberal party), and in the ways in which they conducted themselves. Disraeli was charming, shameless in his flattery, especially towards Queen Victoria. This served him well as the Queen and himself held a great relationship. Unlike dear Gladstone who had a poor relationship with the Queen, especially after the death of Prince Albert. Gladstone would not flatter the Queen, quite the opposite in fact, he would lecture her as though she was one of his peers. Gladstone could perhaps have taken a leaf out of Disraeli’s book with a lesson in flattery. Disraeli was witty and sharp with his words, whereas often Gladstone spoke for hours in his speeches. To this day he is responsible for the longest budget speech on record, clocking in at the lengthy time of four hours and 45 minutes (during which he apparently appeared to be drinking a strange concoction of egg and sherry!). Having said this, Gladstone was still the most popular of the pair amongst people; known as ‘The People’s William’, he also gained the nickname ’Mr Tipple’ - quite fitting after his choice of drink during his speeches. Do you not think?

Gladstone was honest and fair in his politics (not characteristics often associated with politicians!), but he was all about fair trade and equal opportunity through constitutional reform. Gladstone changed the Liberal party during his time as Prime Minister. His time is now known as Gladstonial liberalism by historians - it was controversial for the Victorian period, and began to break through class boundaries.

Yes, it was Benjamin Disraeli who passed the Reform Act of 1867 which liberated part of the urban male working class, giving them the right to vote - a very advanced step in politics which cannot be argued. Disraeli’s intentions however, are debatable. He man himself stated it was a 'leap in the dark', but a risk he was willing to take as he did not want to lose out on the elections and so it brings questions. Did Disraeli really believe that the working class men should be allowed to vote? Did Disraeli go against conservative ideology just so he would gain more votes? Personally, I feel Disraeli was more of a political pragmatist, something that I feel Gladstone was not. Gladstone was old-school, and did not like Disraeli’s style of politics. To reiterate Gladstone was 'The People’s William' which is evident from his reforms, each supporting different members of his diverse party. It could be argued that this was indeed Gladstone’s weakness as his reforms were not always welcomed. For example; Home Rule for Ireland was something very important to Gladstone, yet lost him many supporters and arguably another term as Prime Minister because it was so controversial and unpopular. On the other hand it could be seen as a strength as he persevered in something he believed in for the Irish people. This leads me to my penultimate point, Gladstone’s legacy!

Gladstone’s legacy is engraved in his library. Gladstone wanted this library to be for the people. A retreat, a quiet sanctuary for people to lose themselves in books in the way he used to.

To finish I will say the differences in morals, mentality and political attributes between the two ex-Prime Ministers are apparent, which was probably the catalyst for their ongoing feud. One similarity they both share is that the two were strong forces to be reckoned with, and were both unafraid to tell the other what they really thought!

Here is an annotation from one of Gladstone’s collection which demonstrates this: A book on Disraeli in which Gladstone clearly disagrees with the author’s interpretation... 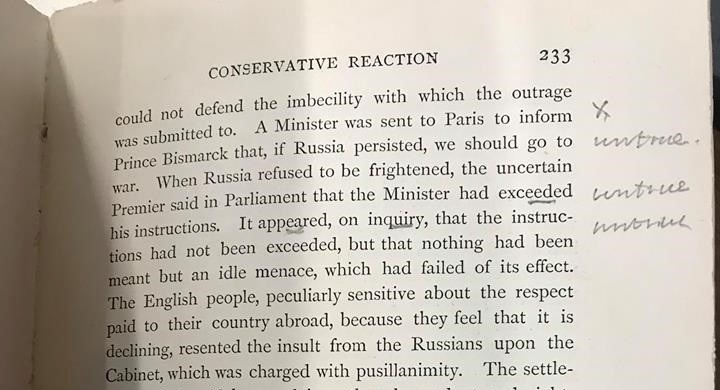 Come and take a look at our collection and see the annotations for yourself! Do you have a different view of Gladstone and Disraeli? Tweet us @gladlib.