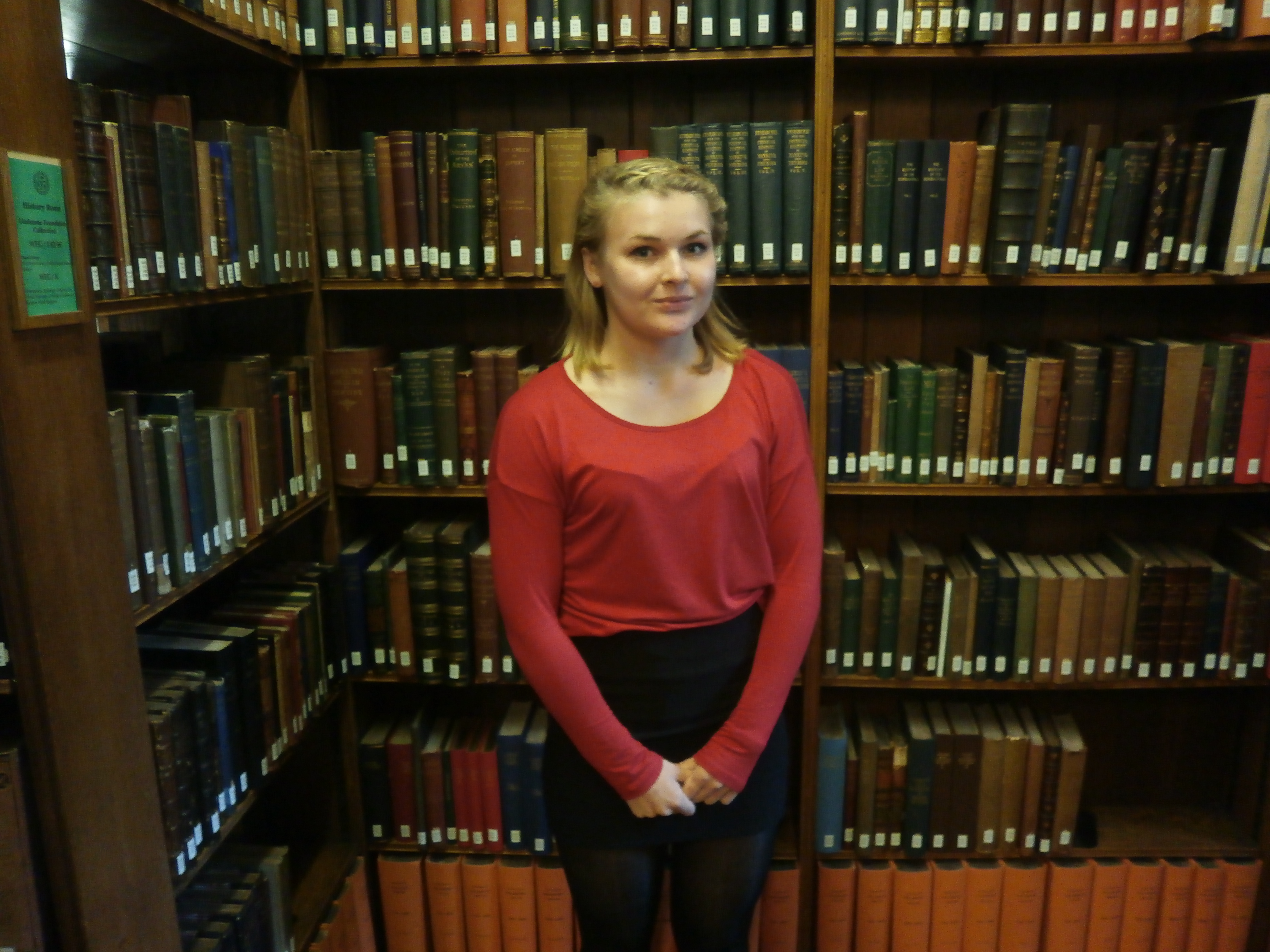 As part of my time on Work Experience at Gladstone's Library, I decided to create a Reading List of material from the collection that I will find useful in pursuing my studies in English Literature at A Level.

I have chosen to focus on the novella One Day in the Life of Ivan Denisovich by Alexander Solzhenitsyn and have constructed a Reading List to contextualise it.

On starting my A Level course in September, I intend to use these materials to help me get ahead. I have uploaded it to the website so other learners and students who study the course or are interested in Russian literature can use the list as well.

Solzhenitsyn believes that the main mistake made is to ‘assume an indissoluble link between the universal disease of Communism and the country where it first seized control' – Russia. He believes that it is not only unjust for Russia (he states in his essay “Russia is to the Soviet Union as a man is to the disease afflicting him.”), but also leaves the west ‘disarmed’ and hinders all attempts the west has to respond to communism.

This is a really good book to read as your are able to get inside the head of the author and understand his feelings towards his country and its government. In One Day in the Life... these ideas are expressed by the protagonist Ivan Denisovich. Although a lot of the ideas expressed belong to Solzhenitsyn it is important not to confuse the author and the character. The character is fictional through which Solzhenitsyn was able to express feelings about the state. This essay helps us to recognise the difference by becoming more familiar with Solzhenitsyn’s essay style and more personal opinions.

“It is sufficient to recall that until the most recent times the very existence of the Gulag Archipelago, its inhumane cruelty, its scope, its duration, and the sheer volume of death it created were not acknowledged by Western scholarship.”

McCauley’s incredibly detailed work on Soviet Russia post-1917, gives students all the basics they’ll need to understand the issues that were taking place in Russia at that time.

“The concentration camp and the cancer ward are for him places in which to reflect not just the problems presented by extreme situations but on the wider questions of Soviet reality and of our epoch, of good and evil, in short la condition humaine.”

In this book, Solzhenitsyn’s fight for creative freedom in Soviet Russia is presented in documentary form. Perfect for students who want to zoom in on certain reactions to the novel One Day in the Life... and certain historical documents of the time that may support their understanding of the novel.

Alexander Solzhenitsyn was awarded the Nobel Prize for Literature in 1970. Like other winners of the achievement he was invited to deliver a lecture at the presentation ceremony in Stockholm. Although unable to make the presentation, the lecture he wrote for the occasion gives the reader great insight into the thoughts and feelings of the author.

“Not every thing is given a name. Some things carry us beyond words. Art can thaw out even a frozen, darkened soul and bring it to a high spiritual experience.”

It is from this lecture that the reader is able to learn of the events in his life which have affected him most, and his feelings towards the need for literature in the modern world of increasing violence and warfare. The student can here learn of the author's most prominent ideas when he was awarded one of the world’s most prestigious awards.

The late Dr Olivier Clément, Professor of History at the St. Sergius Orthodox Theological Institute in Paris, France, was a huge advocate of interfaith dialogue and encouraging Christians to engage with modern thought and increasing secularisation.

The Spirit of Solzhenitsyn is a spiritual and literary criticism of the books of Alexander Solzhenitsyn and the man himself. He takes into account not only his history but the history of the nation in which he lived to truly come to terms with the context of his books.

As a man of faith, Clément is able to take a religious look into his books, and put forward a spiritual interpretation of the novels and themes they try to convey. For example, Clément is able to trace the ideas of ‘Good and Evil’ throughout his books and use The Bible to accentuate these themes and explain them. He creates links between Solzhenitsyn’s personal experiences and themes from the Gospels and can use the example of the author to show that the spiritual way is the often basis of ethics. Clément declares that the only humanly permissible understanding of history is as a testing path of joy and suffering towards a world in which there will be no more pain.

“If the person is a unique way of making the world exist, of giving it and receiving it, then any form of communication unravels and displays the true meaning of the world.”

After reading this book, the student will be enlightened by the religious themes and alternative interpretations of Solzhenitsyn’s books and how spirituality and faith may have played a part in his own life.

McCauley’s incredibly detailed work on Soviet Russia post-1917, gives students all the basics they’ll need in order to understand the issues that were taking place in Russia at that time.  Ideal for students wishing to understand the complications of the history from this period.

“[The] campaign against the world of learning was a success. It achieved its object of turning Soviet minds inwards and away from Western ideas and models. It was, in reality, an assault on the mind.”

Written after winning The Nobel Prize for Literature, Solzhenitsyn embarked on writing about his time in the gulags, the Forced Labour Camps he was sent to in 1945. Whereas in Volume 1 we see the context and arrest of Solzhenitsyn, Volume 2 (the recommended copy on the reading list) focuses on where the author himself spent eight years.

Solzhenitsyn draws upon his own experience and many unpublished documents to create a complete account of the gulags, one of the greatest crimes against humanity, which he felt was missing from history and ignored by the West owing to the Cold War.

He is also able to collaborate his own experiences and findings with oral testimonies from others who faced the forced labour in the camps. Although a long read, students will find aspects of this book incredibly enlightening for finding out information to use for the coursework module, and may be encouraged to read this incredible work from the world of Russian Literature.

For A Level students, this is a rather challenging and long biography of the Russian dictator, but it is able to give detailed insight into the man who was in charge when Solzhenitsyn lived in Russia.

Solzhenitsyn was arrested purely for making derogatory remarks about Stalin’s rule, showing how powerful Stalin was.

Deutscher’s book is a really good way of gaining full understanding of the man who wielded so much power and control, and to understand what encouraged the horrid creation of the Gulags.