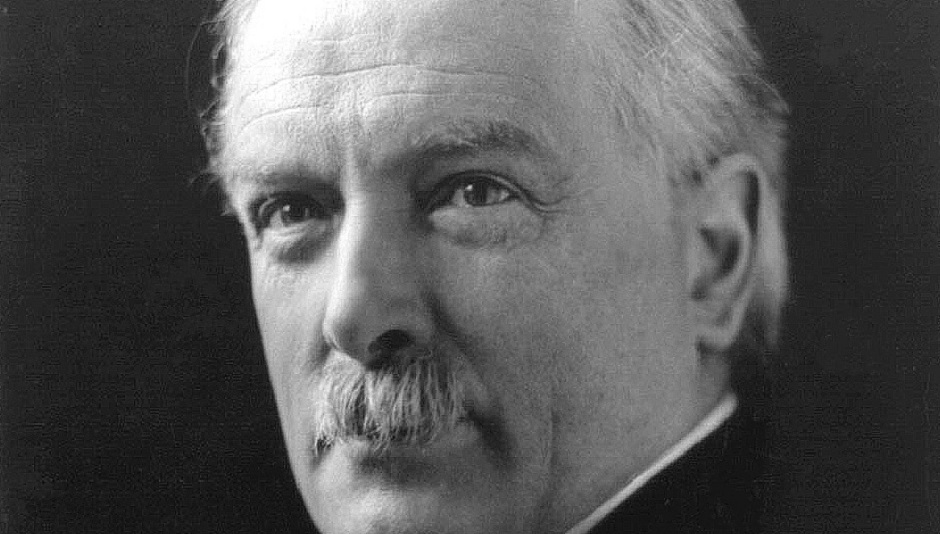 Wales is a small country with a big presence. Integral to the history of the British Isles and attracting tourists from all around the world, it should be hard to overlook the history of Cymru, however it is often wholly conflated with that of neighbouring England to its disservice. Gladstone’s Library is an international institution, but we are very proud of our Welsh location that was decided by our founder, the former Prime Minister William Ewart Gladstone, who was English but spent around 50 years with the Hawarden Estate as his family home. This blog will examine the rich history of Wales and how much the country has changed over the centuries by looking at events in three distinct years that have their anniversaries in 2019: 1719, 1819 and 1919.

Despite the aim being to look at how Welsh life has changed over this period, I want first to draw your attention to a strange coincidence. In 1719 the Prince of Wales was George Augustus, who would ascend to become King George II; while in 1819 the Prince of Wales was also a George: George Augustus Frederick, who would become King George IV. A coincidence, but not so shocking in a Hanoverian dynasty that produced four King Georges in a row – however, the larger coincidence is that the wives of both George II and George IV were both called Caroline, and so it was that in both 1719 and 1819, the name of the Princess of Wales was Caroline. Thankfully, the birth name of the Caroline of the 18th Century was actually Wilhelmina Charlotte Caroline and so we don’t have to bemoan the lack of female names in 18th and 19th Century Britain and Germany too much [1].

Gladstone's Library holds several works that were published in 1719, most of which we hold in our Closed Access section due to their age and delicate condition. Unfortunately, none of these works are in Welsh, however, many of them do deal with the Bangorian controversy initiated by Benjamin Hoadly, the Bishop of Bangor, who theorised that there was no Biblical justification for any church government of any sort and began a furious debate in the early 18th Century. 1719 was very early in the development of book-printing in Britain, and it was likely that it was only the high profile religious nature of this conflict that allowed so many pamphlets, letters and books to be published about it (see our holdings on the Bangorian Controversy here.

1719 was a banner year for book printing in Wales in that the first permanent printing press in the country was established by printer Isaac Carter in Adpar (formerly Trefhedyn). History records the first two publications from the press as Welsh language texts, which makes sense as Welsh was still very much the majority language in the county at this point [2]. Unfortunately, throughout the period that this blog examines, Welsh language use in Wales would go into decline. The rich Welsh language cultural nexus that provided the first Welsh language translation of Milton’s Paradise Lost ‘Coll Gwynfa’ by William Owen Pughe in 1819 would decline by 1919, so that for the first time, Welsh became the minority language in Wales [3]. It has only been through the establishment of Welsh primary and secondary schools in the 21st Century that numbers have started to slowly increase again. Our Welsh language holdings can be found on our catalogue here.

A famous Welsh death in 1719 was that of real-life pirate Howell Davis who was born circa 1690 in Milford Haven, Pembrokeshire. Originally a mate on the slave ship Cadogan, he opted to become a pirate when the ship was taken by pirate captain, Edward England. He was soon given command of his old vessel and sailed for Brazil in July of 1718. His career was one of ups and downs: he was imprisoned in Barbados after the crew of the Cadogan almost immediately mutinied, but then went on to capture his own ship, the Buck, after mutinying in turn and being elected Captain. He would capture 15 known English and French ships over the next year and eventually ended up imprisoning fellow Welshmen, Second mate Bartholomew Roberts from the Princess, who would go on to become the pirate known as Black Bart. Davis and Roberts got on well after the latter’s initial misgivings about the lifestyle faded and would often speak Welsh to each other. Indeed, when Davis’ scheme to pose as a Royal Navy pirate hunter to kidnap the governor of the Portuguese island of Príncipe was discovered and he was shot dead in 1719, Roberts was elected to succeed him [4].

Wales was not immune to the vast changes brought on by the Industrial Revolution and Britain’s burgeoning Empire. In 1819 construction started on the Menai Suspension Bridge to carry traffic from Anglesey to the mainland of Wales. Cattle, the principal export of the island, had previously needed to be driven through the water of the strait, causing high losses and costs. The huge growth of mining in Wales also contributed to the poor working conditions suffered by many working-class people. In 1819 these poor conditions were illustrated when the Pentre’r Fram Colliery at Wrexham (a town very nearby to Gladstone’s Library) flooded and trapped 18 men. While 15 men were rescued, three of the miners, one John Evans and two of his colleagues, were not and in the seven days it took to pump the water out of the mine it was presumed that they had died. In fact, John Evans had survived by eating tallow candles and drinking water droplets from the mine ceiling. He was found on the 13th day of searching and was exceptionally lucky to go on living for another 46 years [5]. However, it was only due to his miraculous survival that his story is known at all – many workers were killed in Wales by terrible working conditions and their names and stories have largely been lost to time. Gladstone’s Library’s books on the Industrial Revolution can be found in the catalogue here.

For the year of 1919, the library holds many works. We have a pamphlet titled ‘Report of public meeting to express sympathy with the Armenian cause, held at the Central Hall, Westminster on Thursday, June 19th 1919. Speeches by the Right Honourable Viscount Gladstone, et.al.’ (11/B/12) showing that the Gladstone family remained a force in politics, even as they continued at Hawarden as Masters of the Estate. Additionally, while we have no Welsh publications specifically published in 1919, we have many from the surrounding years including E. Lorimer Thomas’ Yr Efengyl Yn Ol Sant Luc. 2v. (B 48/41) from 1920, and T. Talwyn Phillips’ Cyfrol Goffa: Pregethau a Barddoniaeth. Caerdydd (F 25 Ph/4) published in Cardiff in 1920. Despite the decline of Welsh language speakers by 1919, the year was also the birth year of Emyr Humphreys, a leading Welsh novelist and poet. He wrote in both Welsh and English and published over 20 novels such as A Toy Epic (1958), Outside the House of Baal (1965), and The Land of the Living series. He won the Somerset Maugham Award in 1958, and the Wales Book of the Year Award in 1992 and 1999 [6]. You can find Gladstone’s Library’s Emyr Humphreys holdings here.

1919 is the first year covered in this blog that Gladstone’s Library was in existence! Called St Deiniol’s Library at the time, it was dedicated to divine learning and attracted visitors from all over the country and beyond. During this period (1916-1925) the Warden was John Clement Du Buisson who arrived in the middle of war-time and was therefore unable to properly make his mark in a different way from his predecessor (who cast a long shadow as the personal pick of William Ewart Gladstone himself) and was therefore not as long-lasting as many that have followed him (for example, our current Warden Peter B. Francis has been here for over 20 years!) The trustees in 1919 included many from the Gladstone family such as the second and third sons, The Revd S. E. Gladstone and H. N. Gladstone, the First Baron Gladstone of Hawarden, respectively; The Hon. Gertrude Gladstone (Widow of firstborn W. H. Gladstone); and Sir Albert C. Gladstone (son of Stephen) [7]. Even in 2019 the Gladstone’s continue to be involved as trustees with Caroline Gladstone, the wife of descendant Charlie, having a seat [8].

Politically, 1919 was also an important year in Wales. David Lloyd George remained as Prime Minister of the Wartime Coalition government and was the first (and so far only) British Prime Minister to have considered himself Welsh (despite actually being born in Manchester), and who spoke Welsh as his first language. However, in-country times were tough. It was only a few months before the beginning of 1919 that WWI had been declared as over but communities were devastated from the deaths of around 40,000 Welsh soldiers in the trenches and Spanish flu had begun to rage across the world [9]. Foreign troops remained posted in the country despite the end of the war as political manoeuvring and reconstruction hindered their repatriation. Delays in this regard are believed to have caused the famous Kinmel Park riots on 4th and 5th March 1919 when 15,000 Canadian soldiers, who were being refused repatriation and used as forced labour while being housed in undesirable conditions, began to riot against their British officers. Officially, five Canadians ended up being shot and killed in the incident although many believe the actual toll to have be higher [10]. Gladstone’s holdings on the history of WWI can be found here.

In the same year, the Cardiff Race riots show that the country was starting to become a more-multi-ethnic one despite not everyone being happy about that. Troubles began as large scale unemployment meant that returning white soldiers were finding it hard to find work – especially in the dockyards where jobs they previously had access to were now being done by mostly Black and Asian men. While confrontations were initially centred on the diverse neighbourhood of Tiger Bay, violence quickly swept over other parts of the city and three men died while hundreds were injured. Later in the same summer, racial violence also broke out in the docklands of Newport and Barry, showing a persistent post-war unemployment problem that was being blamed by locals on ‘foreign’ workers rather than other factors [11]. Clearly post-war Wales was experiencing a number of problems in 1919 including issues with unemployment, immigration, fracturing communities, and reliance on few key industries. These would continue to be issues throughout the 20th Century and remain important in Wales right up to today. Books on Welsh history in the Gladstone’s Library collection can be found through our catalogue here.

The years 1719, 1819, and 1919 give a fascinating insight into the changing nature of Wales as it emerged as an industrialised nation. Over the last 300 years, Welsh people have had a big impact on politics, religion, literature, and international relations – and in the most part people have embraced the tides of change, if sometimes a little reluctantly. Overall these three chosen years give us just a snapshot of the changing times in this country, which retains its unique language and cultural heritage to this day, in the same way that the Library, which is now 125 years old, allows us to see people’s changing reading habits and educational concerns. Some things, however, have remained the same and we hope that the continued existence of the Library is one of them. Here’s to another 125 years!

To find more information about these topics why not peruse our online catalogue.

[3] J.W. Aitchison and H. Carter, Language, Economy and Society. The changing fortunes of the Welsh Language in the Twentieth Century (University of Wales Press, 2000)

[4] Daniel Defoe, Chapter VIII Of Howel Davis and his Crew in A General History of the Pyrates (Courier Corporation, 2012)