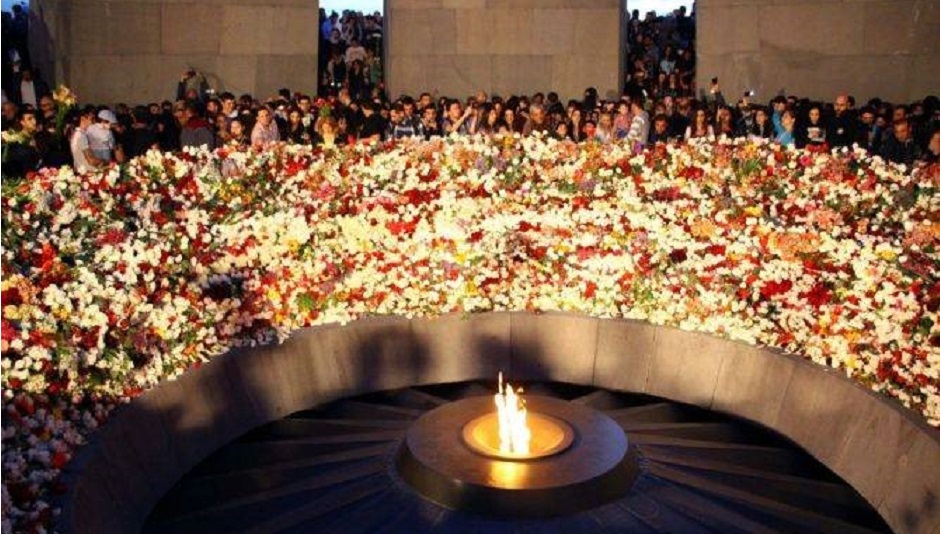 "To serve Armenia is to serve civilisation"

A joint statement by France, Russia and Great Britain on 24th May 1915 condemned the Turkish atrocities against the Armenians and cited them as 'a crime against humanity and civilisation.'

In the 1890s, in the last two public speeches of his life, William Ewart Gladstone condemned Ottoman atrocities against Armenia. He coined the phrase 'to serve Armenia is to serve civilisation.'

Despite overwhelming evidence of the genocide, it is with some shame that the British government, for geo-political reasons, has yet to officially recognise it. Wales and Scotland have recognised the genocide.

President Armen Sarkissian at his inauguration on 9th April 2018 stated, 'The great tragedy that the Armenian people suffered serves as a lesson of vigilance to everyone. Therefore, recognition of the Armenian Genocide is not an end in itself. The international recognition and condemnation of this appalling crime against humanity is an important step on the way to having it ruled out anywhere in the world.' In Armenia, as its fledgling democracy sometimes painfully evolves, the hope is that they can take their tragic remembrance and channel it into a passion for human rights and equality in Armenia and throughout the world.

Hitler, when planning the Holocaust and genocide against the Jews, chillingly remarked, 'Who today remembers the Armenian extermination?' Well, today, 24th April 2018, we remember.