Charlotte Higgins is the Guardian’s chief culture writer. Aside from her work for the Guardian, Charlotte is a columnist for Prospect, has contributed to the New Yorker and Frieze, and has written and presented documentaries for BBC radio. Charlotte’s latest book is Red Thread: On Mazes and Labyrinths. Called ‘a masterwork’ by Ali Smith, it was a Radio 4 Book of the Week. Charlotte is a Fellow of the Society of Antiquaries and was recently selected by novelist Elif Shafak as one of ‘ten brilliant female writers working in the UK today’ for a British Council/PEN showcase

Katie Hale is a poet, lyricist and novelist who says she has her ‘finger in a lot of art-related pies’. She can be found blogging, leading workshops, reviewing, managing and administering art projects, writing song lyrics, and even performing as the ‘occasional frontwoman of a guerrilla poetry mission’. She spent February 2019 as poet in residence at the Wordsworth Trust. Her poetry has either won or been shortlisted for many prizes, including the Buzzwords Poetry Prize and the Manchester Poetry Prize. Her debut novel was 2019’s My Name is Monster.

Isabel Galleymore’s first collection Significant Other, was published by Carcanet in 2019 and shortlisted for the Forward Best First Collection Prize. Her work has featured in magazines including Poetry, the London Review of Books and in New Poetries VII. In 2016 she was a poet-in-residence at the Tambopata Research Centre in the Amazon rainforest. In 2017 she received an Eric Gregory Award. She teaches at the University of Birmingham. 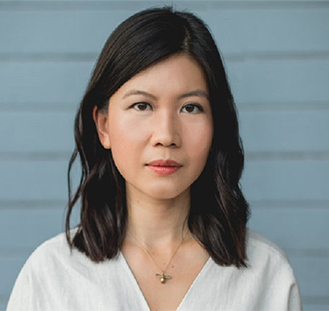 Rachel Heng was named one of The Independent's 'Emerging Authors To Look Out For in 2018', won Singapore Women’s Weekly’s Great Women of Our Time (Arts and Media) 2018 Award, and has been profiled by the BBC, The Evening Standard, The Telegraph, The Straits Times, Channel News Asia, Electric Literature, Library Journal and The Rumpus. Rachel was born and raised in Singapore. After graduating from Columbia University with a BA in Comparative Literature & Society, she spent several years working in private equity in London. She now lives in Austin, where she is a fiction fellow at UT Austin's Michener Center for Writers.