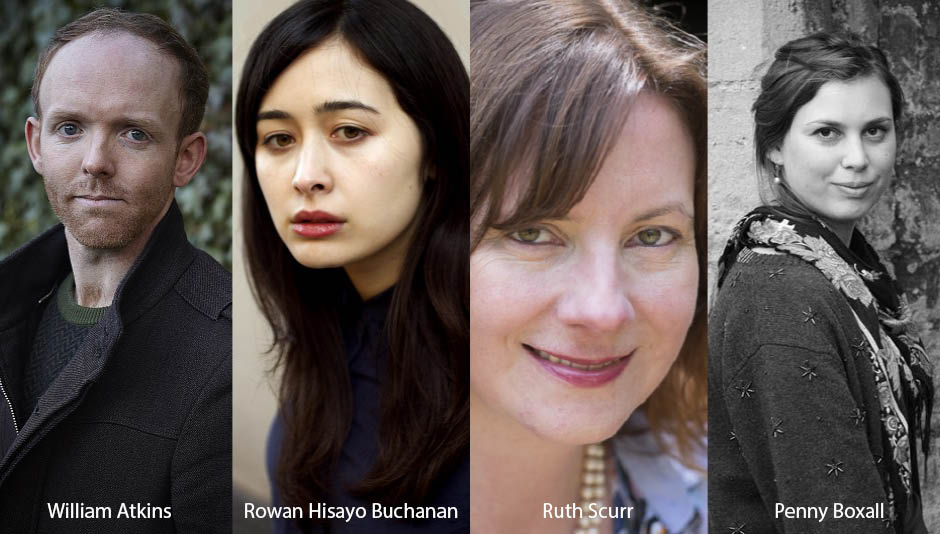 William Atkins works as a freelance editor. Published in 2014, The Moor is a literary travel book which has been described as ‘nature writing’ but is equally a social and cultural history of England’s upland landscapes. William’s forthcoming book, The Desert, involved travel to the troubled Xinjiang region of northwest China, Kazakhstan’s depleted Aral Sea, the Maralinga nuclear test-zone in southern Australia and the borderlands of southern Arizona.

Rowan Hisayo Buchanan is a Japanese-British-Chinese-American author whose writing has appeared in TriQuarterly and the Tin House Open Bar. Her debut novel, Harmless Like You, is about the complexities of identity, art, friendships and familial bonds.

Ruth Scurr is a writer, historian and literary critic. She teaches history and politics at Cambridge University where she is a Lecturer and Fellow of Gonville & Caius College. Ruth’s biography of John Aubrey was shortlisted for the James Tait Black Biography Prize.

Penny Boxall’s poetry has appeared in The Sunday Times, The Rialto and Tate Etc. Ship of the Line is Penny’s debut collection of poetry, and follows a wonderful trajectory from a taxidermist’s to a beetle inside her grandfather’s ear. She won the 2016 Edwin Morgan Poetry Award.