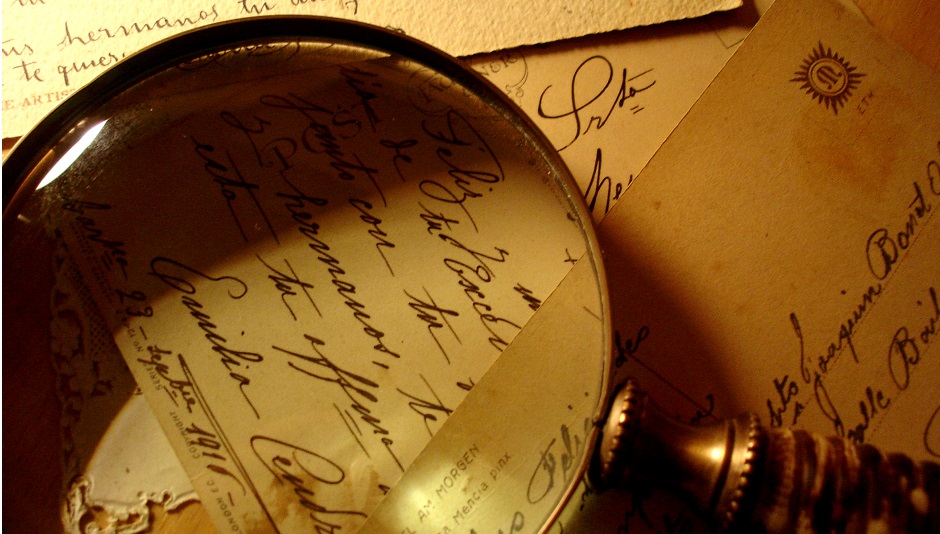 Back by popular demand, Alibis in the Archive (in association with the Crime Writers’ Association and The Detection Club) returns for a third year to bring some of the UK’s best-loved crime writers to Hawarden. Over a weekend of talk sessions and panels, this event centres around The Crime Writers’ Association Archive which incorporates the archives and documentation of The Detection Club, the oldest and most august society of crime writers in the world, and for which Gladstone’s Library is the proud home.

The Crime Writers’ Association was founded by John Creasey in 1953 to promote and support the crime writing genre. It runs the prestigious Dagger Awards.

The Detection Club was founded in 1930 by a group of leading detective novelists including Anthony Berkeley, Dorothy L. Sayers, Agatha Christie and Freeman Wills Crofts. It is the oldest and most august society of crime writers in the world. A social and dining organisation, it currently holds three meetings each year where members are elected by secret ballot and there is an ‘initiation ceremony’.

Non-residential tickets are priced at £125.

Julian Symonds and Michael Gilbert were two of Britain’s leading male crime writers and commentators of the post-war era. Martin will discuss their work, their influence on the genre – and on his own writing.

Martin Edwards is the author of 18 novels, including the Lake District Mysteries and the Harry Devlin series. The Coffin Trail was shortlisted for the Theakston’s Prize for Crime Novel of the Year, while All the Lonely People was nominated for the John Creasey Memorial Dagger for best first crime novel. He has edited 37 crime anthologies, has won the CWA Short Story Dagger and the CWA Margery Allingham Prize, and is series consultant for the British Library’s Crime Classics. His non-fiction books include the award-winning The Golden Age of Murder and The Story of Classic Crime in 100 Books. He has been Chair of the CWA since January 2017, and has received the Red Herring award for services to the CWA. In 2015, he was elected eighth President of the Detection Club. He is also archivist for both the CWA and the Detection Club. In 2017, he received the Poirot award for his contribution to the genre.

David Whittle: Music and Mystery: Edmund Crispin and others

Edmund Crispin is perhaps unique amongst crime writers in that he was also, under his real name of Bruce Montgomery, a professional composer. David will talk about Montgomery’s life, give a few examples of his musical style, and examine how he makes use of music and his experience of the music industry in some of his novels. David will also widen the debate and talk about how a few other crime writers have used musical settings and references in their work.

David Whittle, having been Head Chorister at Peterborough Cathedral, studied Music at the University of Nottingham where he later completed a PhD on Bruce Montgomery (‘Edmund Crispin’). He has contributed to publications such as The Oxford Dictionary of National Biography, The Oxford Companion to Crime and Mystery Writing, Irish Musical Studies and the Literary Review. Until July 2018 he was for 32 years Director of Music at Leicester Grammar School. He recently completed a five-year project to play the complete organ works of JS Bach, and is now setting about a similar assault on Buxtehude’s music. He also has a keen interest in traditional music.

Everyone thinks they know Agatha Christie. This may be because she is the most successful crime writer in the history of the world. But it is also because she writes such pared-down, pure examples of the genre.

In researching her for her own 'Agatha Christie' mysteries, Alison was struck by how she uses Poirot, Marple and co as her 'voice', so that the detective becomes someone behind whom she can hide, maintaining a kind of authorial privacy.

But it all gets a lot more interesting when one turns to Christie's Mary Westmacott novels, six non-crime novels, although still with her characteristic page-turning drive. Something about the pseudonym seems to liberate her to be more herself, less hidden, exploring failed marriages and flawed motherhood. With a detective at the heart of the story, there can be a unique dialogue between reader and writer, and in all her work Agatha Christie instinctively responds to this.

Alison Joseph is a crime writer and award-winning radio dramatist. After a career in television documentaries, she began writing full time with the first of the Sister Agnes series of crime novels. She is also the author of a series featuring (a fictional) Agatha Christie as a detective. She is currently working on a standalone thriller about genetics. Alison was Chair of the British Crime Writers’ Association from 2013-2015.

Join one of the world’s best-known crime writers as he reflects on a life in writing. A novelist and short-story writer, Peter Robinson is the creator of Detective Chief Inspector Alan Banks, a character featured in over 20 novels, many of which have been critically rewarded as well as being popular best-sellers. Peter is more usually found in Toronto, so we are delighted to welcome him to Alibis.

Frances Fyfield spent the first 20 years of her professional life as a criminal lawyer, work which informs many of her crime novels with a second hand knowledge of murder. The other inspiration for her more recent novels is her own collection of British twentieth-century art, and the obsessions of collectors. She has been a regular broadcaster on BBC Radio 4, as the presenter of ‘Tales from the Stave.’ She lives in London and in Deal, overlooking the sea.

Why is it that so many great Scottish crime writers over the years have been drawn to the darkest side of the genre? A forensic look at the genetic origins of Tartan Noir.

After growing up in the Scottish fishing village of Anstruther, Aline read English at Cambridge University. While her family grew, she plied her trade as a freelance writer. She wrote for newspapers and magazines, as well as appearing on radio and TV. Her novels have all been crime fiction, and have been published in the USA, Germany and several other European countries. Her first was published in 1996, and she went on to develop the popular DI Marjory Fleming series. Her latest novel is Carrion Comfort, published in December, and it is the second in a new series featuring DCI Kelso Strang. She has been Chair of the Society of Authors in Scotland and is currently a director of the Crime Writers Association.  She lives in Edinburgh in a house with a view of the Castle and a balcony built by an astronomer, the better to observe the stars.

From the beginning, setting has been an intrinsic part of most crime novels. The Hound of the Baskervilles, for example, would have been a very different story - and probably a different dog - if it was set in St Mary Mead. But as the detective novel developed, settings became both more diverse and more specific. Michael Ridpath looks at how crime novelists have made use of setting over the years.

Michael Ridpath was born in Devon and brought up in a village at the foot of the Yorkshire Dales. Before becoming a writer, Michael worked in the City of London as a bond trader. He has written eight financial thrillers, two spy novels and a series of crime novels featuring the American-Icelandic detective Magnus Jonson. His latest thriller, Amnesia, is set in the Highlands of Scotland. He is a former Vice Chair of the Crime Writers Association and a member of the Detection Club.

Janet Laurence: How the Female of the Species Developed the Crime Novel

The 30s, the Golden Age of crime writing, saw the emergence of a number of leading female crime writers who can be held responsible for the development of the crime novel. Janet will look at the importance of the female of the species.

Janet Laurence is the author of three crime series of crime novels: One set in the food world featuring cook Darina Lisle; an eighteenth-century one around the Italian painter, Canaletto, during his time in London, both originally published by Macmillan and now available from Amazon. The third is her latest, set at the start of the 20th Century and featuring Ursula Grandison, an American girl in her late twenties visiting England and murder, aided by ex-Metropolitan detective, Thomas Jackman. She is also the author of Writing Crime Fiction, Making Crime Pay; and several cookery books. Under the pen name of Julia Lisle she has published several women’s contemporary fiction.

An ex-Chair of the UK Crime Writers’ Association, and member of the Detection Club, she has just served a term as a member of the Management Committee of the Society of Authors. She was Writer in Residence and Visiting Fellow at the University of Tasmania’s Jane Franklin college three times. She runs crime writing workshops, is currently Chairman of the CWA International Dagger judging panel, and is an editor for the online Jericho Writers. For over two years she was the weekly cookery columnist for The Daily Telegraph, has written cookery books and contributed to recipe collections. She lives in Somerset and enjoys village life.

Please note one full-event PDF will be emailed to you for this event. No dining tickets are required.